Laser-cutting metal relies on a continuous supply of nitrogen gas as a blanket to prevent burning during the process. When Constant Group, a Manchester-based supplier of sheet metal parts, components, and fully assembled fabrications pieces were let down by their previous service provider for onsite high-pressure nitrogen generation, they turned to Atlas Copco for help. 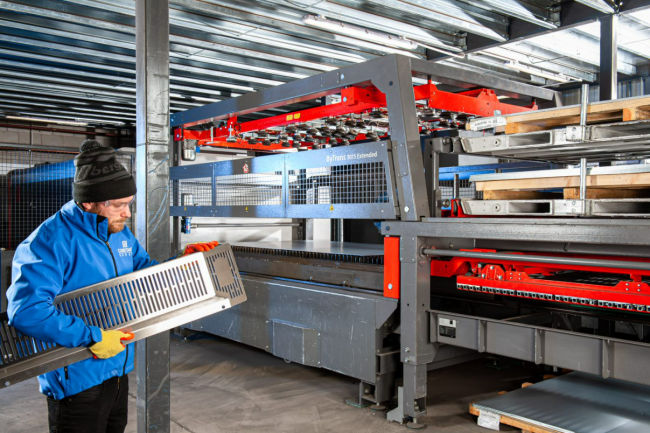 After six weeks, Atlas Copco and its local distributor Pennine Pneumatic Services then supplied, installed, and commissioned a HPN2 SKID-8 high-pressure nitrogen generation skid, delivering a rated flow of 38 Nm3/h with 99.99% purity and 300 Bar(g) pressure. The solution also included a five-year extended warranty package to ensure total peace of mind for the customer.

Atlas Copco recommended a system with 240 Nm3 storage, delivering 32.5 Nm3/h to allow Constant Group to cut continuously at 4 mm without a problem. Further, Atlas Copco also recommended the HPN2 SKID-8 with its rated flow of 38 Nm3/h to easily accommodate Constant Group’s requirements. It can also manage other scenarios, for example, if a greater thickness of 12 mm was required, cutting for up to eight hours with 65% uptime would be possible, with the help of storage.

Recognising the critical role of nitrogen gas purity in overcoming the tendency for discolouration of laser-cut edges and to provide a high-quality finish, Atlas Copco’s nitrogen generation meets this by supplying gas at over 99.99% purity. 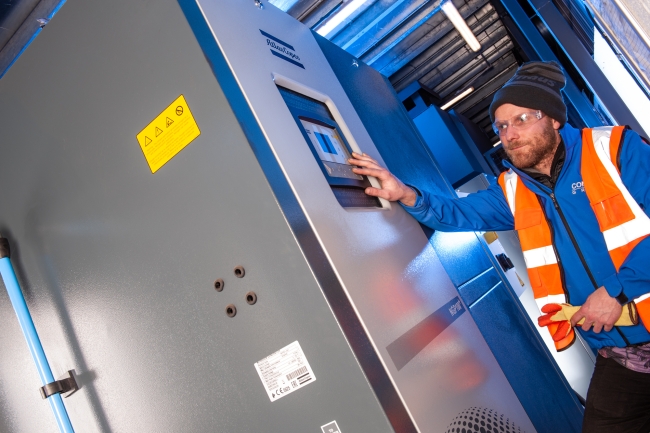 Laser-cutting metal relies on a continuous supply of nitrogen gas as a blanket to prevent burning during the process / Picture: Atlas Copco

The skid package is equipped with a filter train to avoid contaminated compressed air reaching the inlet of the nitrogen generator. The air compressor and the nitrogen generator are monitored and controlled by an Elektronikon® controller. The nitrogen skid package includes a high-pressure vessel which distributes the compressed nitrogen to the customer’s installation. The system also enters standby mode when no nitrogen is being consumed, and a cycle time modulation algorithm reduces air consumption at low nitrogen demand. This ultimately saves on energy consumption.

Matt Garlick, managing director of Constant Group, said: “We have been impressed with Atlas Copco right from the start when they originally supplied their rental system as a rapid solution after we were let down by our previous supplier. Now, after the smooth and successful installation of our HPN2 SKID-8 high-pressure nitrogen generation package, we are confident that we have assured availability of high-purity nitrogen, with the capacity that we need, for many years to come.”