A new series of films have been launched as part of This is Engineering, a campaign led by the Royal Academy of Engineering to challenge stereotypes and inspire the next generation of engineers.

A series of films have been released to celebrate pioneering women in engineering on International Women in Engineering Day / Picture: Technicians Make It Happen

The films celebrate engineering and technology trailblazers, uncovering the inspiring stories behind their success and the challenges they overcame. In a bid to inspire the next generation of young people, from all genders, ethnicities and parts of society, as well as challenge public perceptions of the profession, the films will be shared on social media channels, as well as circulated to schools through the BecomingX Education Programme and the Royal Academy of Engineering’s Connecting STEM Teachers Network.

The first three stories in the series launched on International Women in Engineering Day (INWED) are: 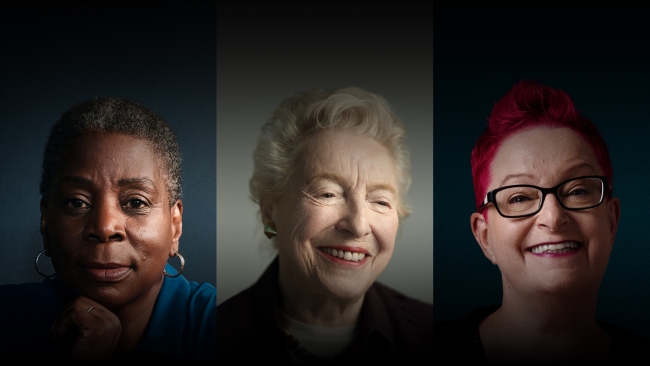 The first three stories in the series feature Ursula Burns, Sue Black and Dame Stephanie Shirley / Picture: This Is Engineering

This launch extends the Academy’s partnership with Amazon to attract young people from all backgrounds into engineering and computer science careers as part of Amazon Future Engineer, Amazon’s comprehensive childhood-to-career programme aiming to inspire, educate and enable children and young adults from lower-income backgrounds to explore computer science and pursue careers in this field.

Earlier this year, the Academy and Amazon expanded the Amazon Future Engineer bursary scheme to support women students from low-income households studying computer science and related engineering courses at UK universities. Amazon is also supporting a number of Royal Academy of Engineering initiatives, including the national Connecting STEM Teachers programme, a support network for teachers across all STEM subjects that ensures they have the knowledge and confidence to engage a greater number and wider spectrum of school students with STEM. The programme works with 1,000 schools and operates across all regions of England, Scotland, Wales and Northern Ireland.

‘Engineering Heroes‘ can be viewed at www.thisisengineering.org.uk/heroes. Other films in the series will be released later in 2021.