I understand
Home•First of its kind pop...

With a third of UK car owners lacking access to off street parking, the availability of EV charging points is an issue that could stall the uptake of electric vehicles. One organisation in Cheltenham think they have the answer. Product Design company Duku and sister IP firm, Albright IP have now developed ‘a world’s first’ pop-up EV charge point in collaboration with Urban Electric, which is currently being trialled in a street in Oxford. 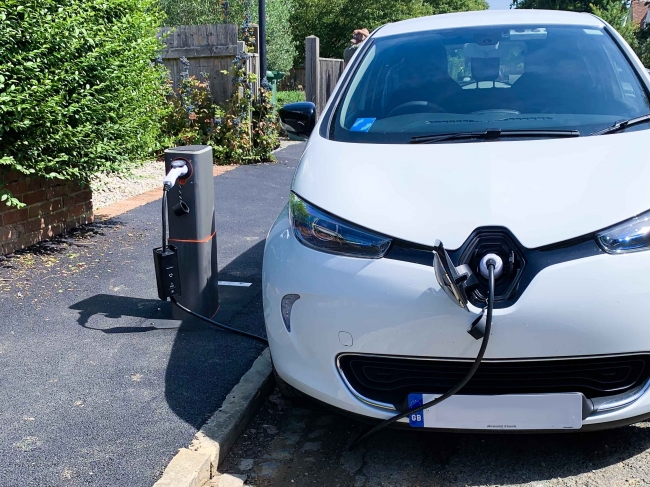 Andrew Aylesbury, Director at Duku, said: “Without access to charging points the electric car revolution could by-pass millions of people, particularly in the inner cities. Ironically this demographic is also one of the most likely to use an electric car, with short commutes into local towns or to train stations. If you can solve this problem, then you open up a huge market opportunity to increase the uptake of EVs in every single town and city.”

With six prototype charge points now installed as part of the project’s pilot stage, Duku has already overcome many of the design challenges which come with a pop-up system.

“The project came with a huge number of challenges, from reducing visual ‘street clutter’ to the shallow depth available below ground. Cities such as Oxford have a lot of historical architecture and utilities under the pavement.” Added Alex Lee, Director, Duku. “So, minimising the depth below the ground is one of the big challenges. At the same time, it needs to rise up to a certain level to make it accessible for everyone, so we worked hard to miniaturise its components while also creating a charge point that could rise up to 800mm above ground level”

With the IP secured and protected by sister company Albright IP, the prototypes have been developed using 3D CAD (Computer Aided Design), detailed mechanical design and a range of Rapid Prototyping techniques including 3D printing and CNC machining.

Once retracted into the ground, the charge points sit completely flush with the pavement, preventing any trip hazards, and are only visible by a ring of light which highlights their position and lets users know of their availability.

Robert Games, Managing Director at Albright IP, concluded: “It’s certainly a complex system but overcoming challenges is something the team at Albright IP and Duku are used to. Getting them in the ground is a real milestone for the project and we’re excited to see how they operate.”

The trial will take place over the next six months and users will be able to book an electric car which has been made available for the period of the pilot.

Once complete, the pilot will allow Duku to verify the reliability of the prototypes and investigate how it fared against daily use, British weather and being installed on a typical UK street. Duku will then review the findings and incorporate improvements within the next development phase which will involve a larger scale roll out as well as introducing an app-based user interface.

The project has been made possible thanks to £474,000 of funding from the Office for Low Emission Vehicles, and administered by Innovate UK, the UK’s innovation agency.

The project has been delivered in partnership with Duku, Urban Electric Networks Ltd and Oxford City Council, who have supported the pilot in response to their proposal to create the world’s first Zero Emissions Zone in 2020.