Calls are being made for the Government to improve access to funding for small and medium-sized manufacturers to allow them to fulfil their true growth potential. New research, “Start up to scale up: Supporting SMEs to Grow”, published by Make UK, the manufacturers’ organisation, showed that if the 75% of Britain’s smaller businesses with lower productivity improved their output to that of top 25% – UK GDP could see a boost of £270 billion, as estimated by the Bank of England. Some two thirds of SME manufacturers grow by re-investing past profits due to a lack of access to funds. But 31% say they would prioritise investment in developing products and expanding capacity if they were able to access appropriate new finance.

The scale-up challenge for Britain’s manufacturers is different from the average business due to the cost of heavy-duty equipment and industrial real estate. Manufacturers’ investment cycles are longer, with growth slower than traditional firms. Profit from any investment takes longer to show with banks and lenders requiring to exhibit “patient finance” rather than just quick returns.  Companies may even look like they are making a loss in the short term, until the investment benefit kicks in slightly further down the line. Make UK’s latest research finds evidence that the pandemic has changed how financial institutions are assessing risk before lending to SMEs by offering stricter conditions or asking for higher guarantees. 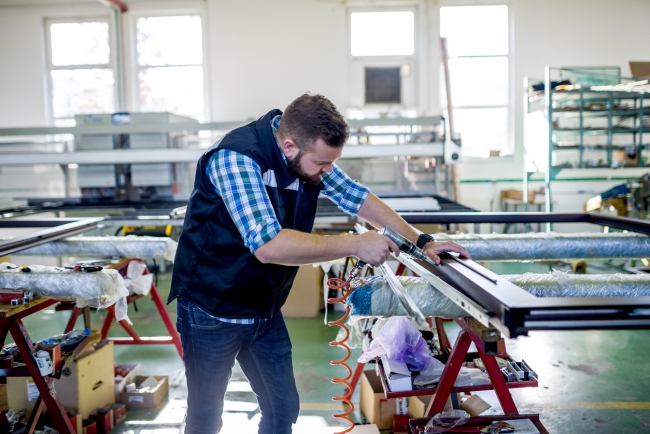 Research by Make UK is urging the Government to create a package of support to help SME manufacturers expand and boost productivity / Picture: Getty/iStock

The survey further uncovered that Government must understand that manufacturers need “heavy investment” to expand, with benefits seen over the longer term rather than short term gains. However, the long-term rewards are far greater than other sectors in the economy and this investment will create well-paid jobs across the whole of the UK. By focusing on the scale up of manufacturing firms, Government will help create jobs in those left behind areas. If this approach were to be coupled with easier access to land and improved infrastructure, manufacturers could expand into totally new parts of the UK where the industry has never traditionally been based.

Over a quarter of businesses surveyed (27%) said that they could grow faster if Government helped them with improved access to overseas markets. Manufacturers would like to see the reinstatement of trade access programmes or immediate replacements to help them expand into new trading ventures.

One in two SME manufacturers say Government needs to prioritise infrastructure investment in the domestic transport network. Particularly on road networks and improving the quality of logistics. One in three also say there should be increased investment in developing industrial concentrations as well as 5G connectivity to create the ideal environment for scale ups in manufacturing.

Stephen Phipson, CEO of Make UK, said: “Micro and SME manufacturers account for 99% of all manufacturers in the UK but they are being held back by a lack of access to funding, skills, physical space and exporting. Many of these issues are shared by other industries on the surface but when you get into the details it is clear the challenges faced by manufacturers differ fundamentally from the average SME. Manufacturers need access to higher levels of skill than most, they need access to finance to not only stay afloat but capital lenders that are willing to be patient before they see growth from any investment.

“Improved trade access across borders is essential to further push forward growth but this relies on good relationships between the UK and other countries for full benefit to be realised. There is also a job to be done by Government in improving infrastructure of transport, digital and energy across areas of the UK where these are lacking which would help push the levelling up agenda.” 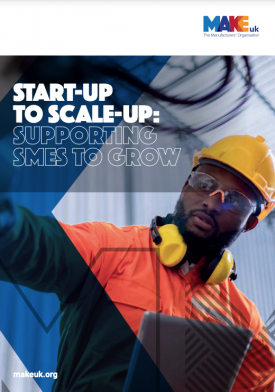