The global gym equipment market is expected to be worth $1bn by 2023. Once dominated by the USA, one British manufacturer has spent the last 20 years working from an industrial estate in rural Somerset and established itself as one of the world’s premier manufacturers of high-end gym and personal fitness equipment.

“It started in 1999, just me on my own as a bit of a part time thing to earn some extra money, and then it quickly developed into something a bit bigger,” begins Simon Watson, Owner and Director of Watson Gym Equipment.

Simon, a welder by trade, started out re-manufacturing commercial food processing equipment before combining his passion for fitness and welding and started the company in 1999. Entering its twentieth year, Watson Gym Equipment now employs over 30 full-time members of staff and operates out of two sites in Frome, Somerset.

Simon continued: “We started out around the time the industry was changing, with the old-school gyms starting to become less popular. The first few years were really hard work, and we didn’t make much money. However, I just found it really exciting to be designing something, making it, and seeing people get on and use it. It was really fulfilling, so that kept me going through the really hard few years to start.” 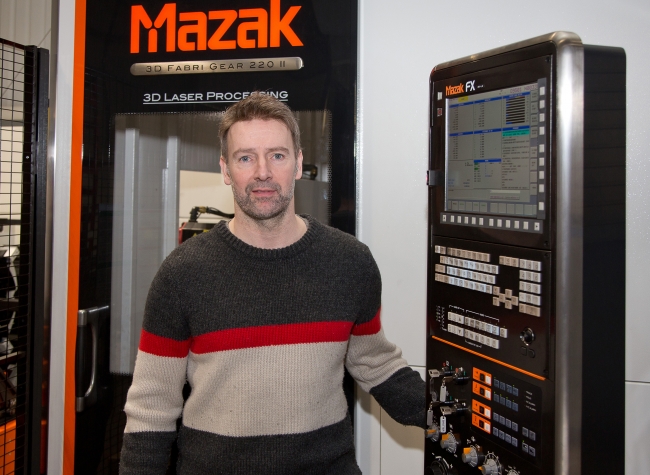 While the company started out designing basic weights benches and frames, Simon – who still designs every piece of equipment himself – soon saw that the real growth potential lay in carving his own niche within the sector.

“After a few years I started realising if you’re going to do well you can’t just do what everyone else is doing, you have to have some sort of unique niche. When we cut out all the general stuff, we got known as the expert in the niche, specialist field.”

“We’re now known as one of the major manufacturers of high-end specialist strength equipment, and are able to manufacture anything from dumbbells and barbells through to racks and platform, benches, and specialist machines; all of which can be made bespoke to a customer’s specific requirements.”

The company now supplies high-end private gyms both in the UK and beyond, an exports over 75% of products to a growing customer base in Europe, the Middle East, Australia and the USA. Key to Watson Gym equipment’s growth has been its ability to manufacture most of its product portfolio in-house. However, that was not always the case.

“We started making dumbbells eight years ago. While we could manufacture and assemble a lot of the product components ourselves, we didn’t have the capacity to manufacture the parts that go on each end of the unit,” Simon adds.

“For a while I subcontracted these out, however it was quite a convoluted process so I thought if we could buy a similar machine to the one our subcontractors were using, and learn how to use it, we could streamline the process and bring the costs down. I started looking around and it was then that I came across Mazak. We’ve never really looked back since.”

The company’s first machine tool was a Mazak VCS 530C vertical machining centre, which was used to machine weight stack plates and stems.

Simon continues: “The Mazak is great as it never goes wrong. It’s drilling massive holes through solid plates and just ploughs on and on. To further eliminate some of the process in the dumbbells we moved over to stainless steel, so instead of having the mild steel and sending them off for nickel work and then come back, now the stainless-steel billet comes in, gets machined and welded in place, and it’s ready to go. We could see the benefit straight away and once we had the first Mazak, it opened up loads of other opportunities to us.” 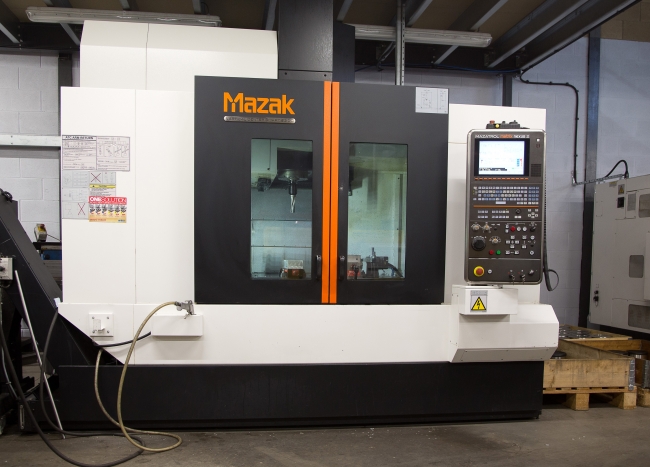 It wasn’t long before the original VCS 530C was running at full capacity, so to meet growing customer demand, Simon purchased a second Mazak lathe, complete with a larger second spindle to handle full-size billets. Now Watson Gym Equipment is making some of the best dumbbells in the world, used by globally-renowned trainers such as Nick Mitchell, Charles Poliquin and Ben Pakulski.

Following the success of the company’s initial investment with Mazak, which also involved the purchase of two QUICK TURN NEXUS 250-II MS turning centres, it wasn’t long before Simon turned his attention to how he could further streamline production by expanding the company’s in-house manufacturing facilities.

He continues: “Up until a few years ago we were buying in a lot of the box sections used for our various machines, and I could see how much time the welders were spending cutting up and preparing steel. In reality, they were only spending 25 per cent of their time actually welding. It was then that we began to look at integrating laser processing into our manufacturing facility, and once again turned to Mazak.”

“The FABRI GEAR has made a huge impact on our business, not just in terms of efficiency and speed, but it has allowed us to redesign our weight machines to make them stronger, faster to assemble, and more consistent. For example, you can notch bits of steel together so they can only be joined in one way. As such, the welder can’t get it wrong so they don’t need to spend as long measuring and checking as they previously would have done so. Given it was becoming increasingly difficult to find experienced welders and fabricators in this part of the world, de-skilling the role has helped us overcome recruitment challenges,” adds Simon. 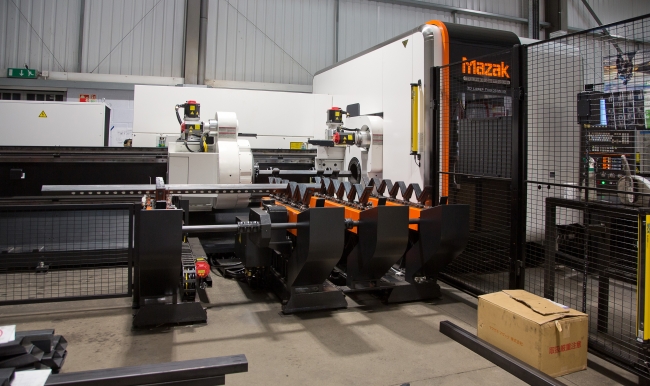 “The laser also allowed us to become a lot more innovative. You often get people trying to replicate your designs in this industry, but when you manufacture using a laser, there are things you simply cannot replicate without one – you’d be forever grinding out slots which just wouldn’t work.”

Looking to the future, Simon is keen to further establish the brand as the go-to equipment supplier for high-end strength equipment. He concludes: “We’ve had massive changes over the last year – a new head office and significant machining investment – so we’re now trying to build the brand up, level with where it should be in terms of the product. The focus going forward is to maximise the resource we have here, and keep innovating to make our products the best they can be.”