Young engineers at Siemens have become part of manufacturing history after playing a major role in the record-breaking ventilator challenge.

This included apprentices and young engineers at the very start of their careers with Siemens Digital Industries in Manchester and Congleton, who, from their kitchens and bedrooms, helped design and build a factory from scratch and scale production from 10 ventilators to 1,500 per week. 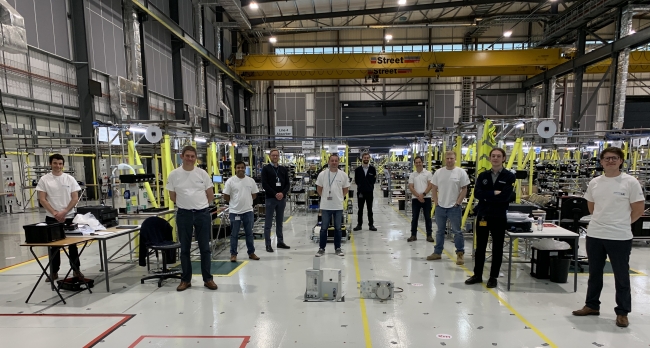 Young engineers at Siemens have played a major role in the record-breaking ventilator challenge / Picture: Siemens

Using Siemens’ digital enterprise portfolio, they were able to design, validate and deliver a sub-assembly factory with manufacturing capacity for 1,500 ventilators per week within four weeks, against an industry norm of over 12 months.

Led by Andrew Peters, managing director of Siemens’ digital factory in Congleton, the first major achievement by the team was to create a digital twin of the Airbus AMRC Cymru in Broughton – one of seven new large-scale manufacturing facilities needed by the consortium – within 48-hours.

Siemens’ Plant Simulation software played a key role in optimising the layout of the factory, reducing the physical footprint of the production lines and workstations from initial estimations of 90 to 30, a 66 percent saving. It was also used to determine the fastest and most efficient build sequence and reduced the number of people required.

Reflecting on the challenge Ben Apps, 28, Plant Layout and Virtualisation Engineer at Siemens Congleton, said: “Not only did we have to find a solution to enable us to ramp up production from 10 ventilators, we had to use multiple production lines and ensure social distancing of the hundreds of operators.

“By creating a digital twin of the AMRC, mapping every inch of the available space, calculating all throughput, and using 3D design tools, we were able to maximise production massively. What was also remarkable was that digital tools enabled us to design the production line virtually in six days, saving thousands of pounds and hours in the real world.” 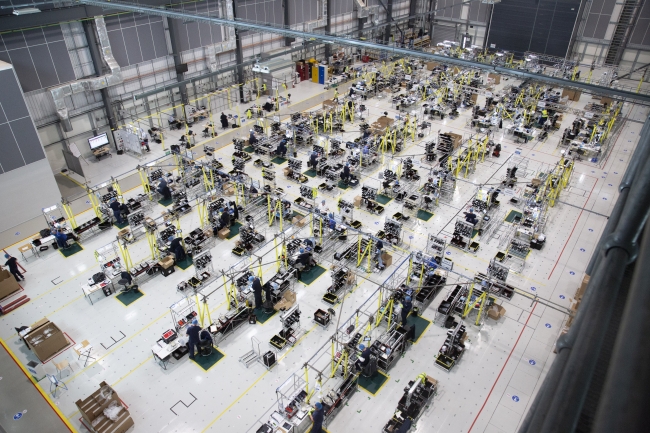 A digital twin of the Airbus AMRC Cymru in Broughton – one of seven new large-scale manufacturing facilities needed by the consortium – was created within 48-hours / Picture: Siemens

Matt Danby, 24, a production engineer at Siemens Congleton, was tasked with developing the fastest and most efficient build sequence and training the operators. “The ventilator is a complicated product with 400 individual parts,” he said. “To design a brand new build sequence would normally take anywhere between 6-12 months. We managed it in two weeks which is staggering.

“We were also able to incorporate digital work instructions that played an animated work sequence which allowed the operator to change the viewing angle, pause and see the products virtually in snapshots. It helped speed up the training process.”

Elliot Bloor, a Higher Industrial engineering Apprentice at Siemens Congleton, worked on the timings for production. “Our starting point was a video from building a ventilator,” he explained. “We had to break that down into chunks and take timings. We put that data into Siemens’ Plant Simulation software. From that we could determine how many ventilators we could make in a day or week, and how many operators we’d need to make them. That simulation allowed us to be able to say to partners and the government how many we could build and what we needed to build it.”

Once manufacturing had started, Siemens DI also drafted in 11 of its young engineers to solve a problem which was slowing up assembly of a key component of the ventilator.

The team even went one step further and designed a fully automated solution with the potential to cut the calibration time to just two seconds.

Conor Hendy from Siemens Manchester said: “I am really proud of the solution we found and under such difficult circumstances. It was an incredible experience to play a part in such an important challenge.”
The contribution enabled the ventilator peak production to exceed 400 devices a day and for the consortium to achieve its life-saving goal. 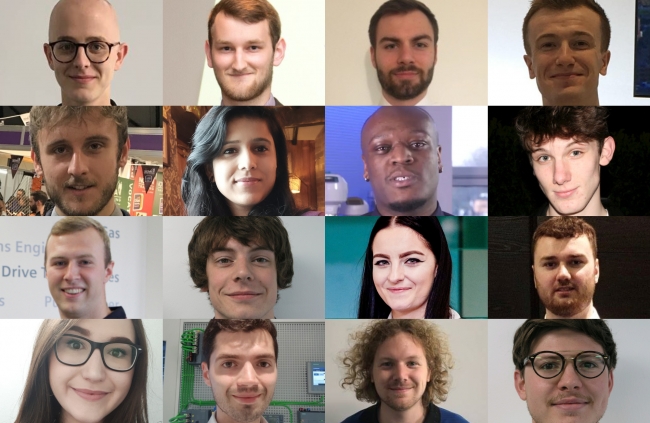 Apprentices and young engineers at the very start of their careers with Siemens helped design and build a factory from scratch and scale production from 10 ventilators to 1,500 per week / Picture: Siemens

Brian Holliday, Managing Director, Digital Industries, Siemens UK and Ireland, concluded: “I feel incredibly proud to be part of a team which went above and beyond to make what seemed impossible possible.

“Our engineers, including many apprentices at the very start of their careers, have absolutely demonstrated the power of teamwork and digital enterprise tools. These young men and women can now take these valuable lessons and experiences in the next step of their careers with Siemens and become the manufacturing leaders of tomorrow.

“The Ventilator Challenge UK has been a project of extreme collaboration. This was achieved with ownership culture and leadership without ego. Internal divisions and competitor norms were carefully set aside for the greater good for society. Long hours were worked, sometimes away from families, often from home under lockdown but the team remained focused and passionate knowing that every ventilator produced can save a life.

“The project is a celebration of our people, the power of engineering and manufacturing. Using our digital tools made the impossible reality. Companies that were customers became partners and we can build on that as a legacy.

“Siemens used digital tools and engineering talent to design and deliver an NHS ventilator factory in record time to save lives.”