How will manufacturing recover? Experts recommend actions in Policy Connect ‘back to work’ webinar

As 38% of firms now expect a return to normal conditions will take more than 12-months (Make UK), levers to recovery include a national recovery council, invest in green economy, reshoring, and buying local, but deep pessimism remains, Will Stirling writes.

Reshoring, forging closer communication between big companies and SMEs, a National Economic Recovery Council and building a green manufacturing economy were some ideas to help British manufacturing recover from Covid-19 at a panel hosted by Policy Connect on 28 May.

Five experts from industry, Make UK, Unite the union and Jack Dromey MP explained how their companies had responded to the crisis and took questions on how to approach the recovery.

As a critical supplier to the government, BAE Systems has had to adapt its workplace fast, keeping both production up and workers safe, Dave Holmes said. He attributed the success to regular engagement with government, unions and others to keep on top of best practice. 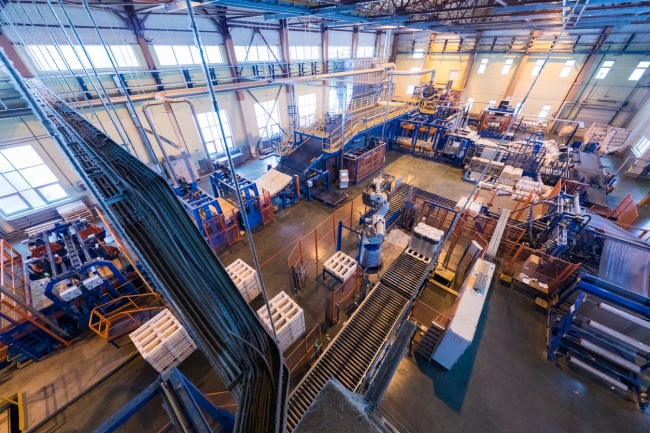 Ideas to help British manufacturing recover from Covid-19 were discussed at a panel hosted by Policy Connect on 28 May / Picture: Getty/iStock

Both Lohmann Tapes and Hone-All Precision remained working through the lockdown. For safer working, Roger Churchill at Lohmann said SMEs have to flex the workload, where Lohmann has gone to twin and triple shifts, cutting the hours per shift, ensuring those who wish to work are allowed to in a safe environment.

Verity Davidge summarised some results of the Make UK three-point plan and the latest Manufacturing Monitor.

While 94% of manufacturers have continued to trade, and only 6% have closed since the virus broke, sales, orders and general levels of operation have dropped considerably with a fall in orders at 83% of companies. However, across all regions, an average of 66% of companies expect to return to between 75%-100% of normal operating levels.

But over three recent that Make UK monitors, expectations have become more pessimistic: 38% of firms now expect a return to normal conditions will take more than 12-months, up from just 17% six weeks ago.

Engagement between business and unions in applying safe practices at companies of all sizes has been strong, said Steve Turner. He stressed that Britain needs a coherent strategy to recover, with strengthened supply chains and onshoring where possible to support large manufacturers and mentioned the need to focus on digital technologies.

Steve proposed the UK invests in a “green manufacturing economy”, appealing to invest in R&D and electrification and mooting a potential scrappage scheme for cars and aircraft to stimulate demand in aviation and automotive. He warned of the combined knowledge Britain would lose with mass unemployment in manufacturing.

He said “if we won’t produce the aeroengines that we were used to making, what do we make? Make a green economy: Heat pumps, carbon capture, made here or imported and produce parts for them. We want to produce all the PPE we use here.”

In a Q&A session, Lorraine at Optima HR said that reshoring manufacturing to the UK came up in every presentation they organised, but there are big concerns that firms will struggle to make the necessary automation investment without support. Without the pipeline of orders firms won’t invest in new equipment.

Dave Holmes the government had deployed similar support schemes, such as Made Smarter which supports SMEs to digitalise. “We need to advertise the grants, support and assistance better – transform this into digital automation agenda. There are schemes but they are not publicised well and should come via trade associations and LEPs.” 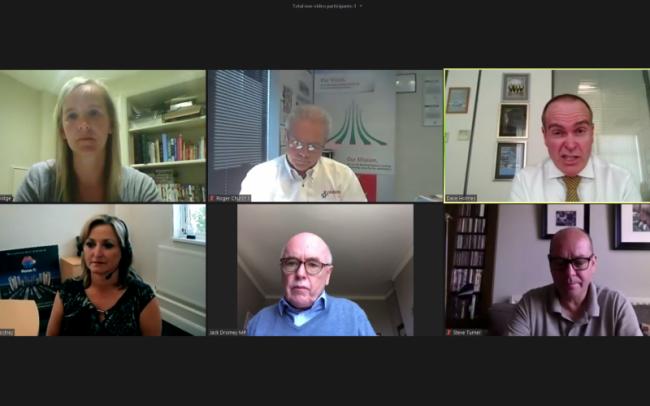 Tony Burke, assistant general secretary at Unite, asked employers what are the effects of failing to secure a trade agreement with the EU by December and recourse to WTO rules. He also said trade unions had proposed a National Economic Recovery Council, similar to that used after World War II.

Roger Churchill said the onus is on OEMs to draw [procurement] through the supply chain and encourage purchase departments to use local suppliers. “It’s easy to go to the cheapest course, we now need more than a monetary evaluation in purchasing.”

On Brexit Churchill was concerned we’re heading for the double-whammy with Covid, where the EU is in the same position as the UK and needs recovery, saying Britain will enter 2021 without an agreement.

Andrea Rodney said UK SMEs must be given more opportunities and we need more help from “the Big Boys.” She added “After a long application you pass procurement terms with flying colours, then they say you can’t get the contract because your turnover doesn’t qualify. This must change.”

Make UK hoped to raise a company capacity listing in the UK – starting with member firms then expanding. Verity said that reshoring is a popular theme, where half of manufacturers are reviewing their supply chains.

Steve Turner said unions and SMEs must work closer with large companies, that need to take more responsibility for Made in Britain. Firms must pay on time, not on 90-days terms. He said the Apprentice Levy had become a tax-only and needs overhaul.

He repeated industry must green their supply chains, use capex support, and government must use public procurement measures. The National Economic Recovery Council must be cross-party. He added he was very concerned about a No Deal Brexit.

On the second wave, Holmes said the industrial sector is very alert to that risk. “BAE is building resilience in and restocking to ensure there is buffer to keep the workplace safe and maintain flow if it returns this or next year.”

Other parliamentarians contributed. Chi Onwara, shadow minister for the Fourth Industrial Revolution, used a phrase “Building Back Better” that encourages reshoring of manufacturing, mechanisms for job retention, retraining in new skills and better use of the Apprentice Levy. Angus MacNeill from the Scottish National Party was concerned about the damage caused if there were a second lockdown and there was no Brexit extension.

UK Manufacturing Unite (#UkMfgUnite) has been launched to build UK industrial capability and increase reshoring, in response to the national effort to produce more critical components and essential equipment at home and is the first step in the sector’s fightback against the damaging effects of Covid-19. £625,000 of orders were placed in the first few weeks. Find out more on #UkMfgUnite here