I understand
Home••Insight: Electrification and the impact...

Insight: Electrification and the impact on the UK automotive sector

Sales of battery electric (BEV) and hybrid electric vehicles (HEV/PHEV) are increasing rapidly, recently accelerated by escalating fuel prices and the creation of ever more clean-air zones within and around towns and cities. Dean Barnes from ATS shares his thoughts on why the need for local battery production for British car manufacturers is key to keep the momentum going.

1 – Importing heavy batteries in the quantities required is expensive

Despite significant investment in battery-technology research (to the tune of hundreds of millions of pounds), within the UK there is currently only minimal battery production, and this is dedicated almost exclusively to partner manufacturers.

An example of one such relationship is Nissan’s Sunderland plant (home to an all-new, all-electric crossover vehicle to replace the LEAF) which is served by the nearby Envision AESC plant, part of a £1.4 billion joint investment between AESC (Automotive Energy Supply Corporation, part owned by Nissan) and the Chinese battery producer Envision. 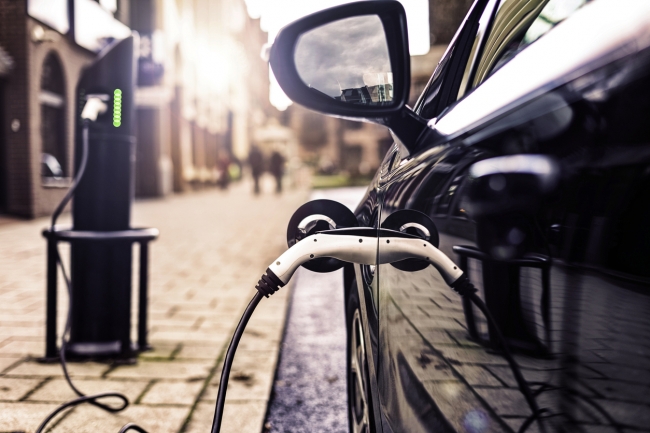 Dean Barnes from ATS says the need for local battery production is pressing, but unless partnerships between automotive OEMs and battery suppliers are committed soon, investment decisions will continue to be delayed / Picture: Getty/iStock

While there are several proposed gigafactory sites ‘in the works’ (Envision, BritishVolt, West Midlands, Hyperbat, Tesla) none of these will be producing at volume until 2025 at the earliest, and some (e.g., Tesla) may not happen at all.

This means that for the time being, with the exception of Nissan, manufacturers who wish to develop new EVs before 2025 will have little choice but to import batteries.

2 – Tariff free trade with the EU

Despite Brexit, the EU remains the largest export market for UK-produced vehicles and by 2027 at least half of the parts content (by cost) will need is required to be sourced from either the UK or EU to avoid tariffs.

Jaguar Land Rover (the UK’s largest automotive manufacturer), currently reliant on batteries imported from China and assembled into packs within the UK, is considering its long terms options. Given the relative dearth of UK battery supply, JLR may yet move production of electric vehicles to their European plant in Slovakia with batteries sourced from EU gigafactories.

JLR is not alone in looking beyond these shores. While UK authorities delay investment decisions, EU battery production capacity continues to grow at pace driven by continental economies of scale and shorter supply chains. Consequently, automotive manufacturers with existing UK plants are giving serious thought to the long-term viability of UK based EV production and are looking to new or existing EU facilities for production of new electric vehicles.

The need for local battery production is pressing, but unless partnerships between automotive OEMs and battery suppliers are committed soon, investment decisions will continue to be delayed. Conversely, these relationships, and commitments from UK automotives to manufacture electric vehicles in the UK, will not emerge unless they have confidence in local battery supply. A true chicken & egg scenario.

It isn’t too late to resolve the challenges, but it might soon be. This is a very real existential threat. UK government, automotive manufacturers and proposed battery suppliers must soon decide if the UK will continue as a significant player in the global automotive industry. If not, it may soon be relegated to a niche position, or worse, a ‘where are they now’ footnote in the history of automotive manufacturing.