I understand
Home•Insight: How robots are solving...

Insight: How robots are solving the biggest challenges in welding

The first programmable, commercial robot was built in 1954. In 1961 it was purchased by General Motors to lift pieces of hot metal from die casting machines. Sixty years on, robots are deployed in multiple industrial, laboratory, domestic, and now cyber applications globally. They are becoming increasingly commonplace at work and in the home.

Welding robots are key for mass production sites like the automotive industry and car-making still dominates their deployment and use. However, a fall in demand for new vehicles in response to new diesel emissions regulations led to a fall in global robot welding installations even pre-COVID; auto and other manufacturing sectors have also been strongly affected by the pandemic.

Strong global economic recovery and rising demand are driving forecasts of more investment in automation. Applications for robotic welding in non-automotive sectors are coming to the fore. “This will be in part due to Government incentives and business confidence returning but, perhaps, a bigger driver will be lack of skilled workers,” says independent robot consultant Jeremy Hadall. “This was a growing problem before Brexit and Covid; we’re starting to see the labour problem embed across industry.” He expects that manufacturers will, increasingly, see robotics as an effective response and, consequently, increase in their use. 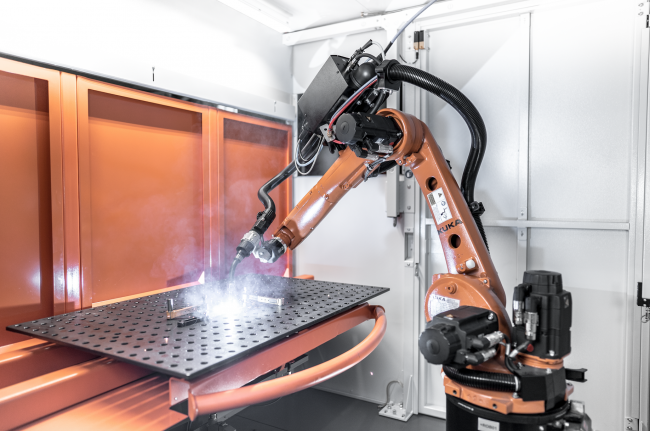 KUKA has produced an extensive industry report that explains the range of operations that robots can perform, from arc welding to WAAM additive manufacturing / Picture: KUKA

Robots are ideally suited for welding operations. They create intense heat and use high electrical currents; robotic automation reduces potential danger to human operatives. Welds can vary hugely in quality and are expensive to rework if defective; with new-generation advanced controllers, software and simulation tools, like KUKA Arc.Tech and KUKA.Sim, robots produce super-accurate welds, first time. Ultrasonic welding is less visible but hugely important in plastics, mobile phones, packaging, soft metal joining and other activities, where the application of U-sonic energy is more suitable than heat and lasers.

KUKA has produced an extensive industry report that explains the range of operations that robots can perform, from arc welding to WAAM additive manufacturing, displays the range of KUKA robots adapted for welding, and how KUKA supports manufacturers and the education sector.

The KUKA welding report can be downloaded below 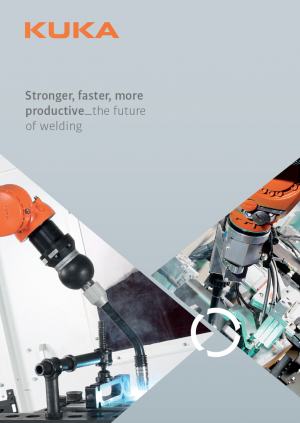