Interview: Export strategy & factory expansion keeps Ascott at the forefront of its industry

Burgeoning orders from the Far East and new markets in South America have underpinned a vast expansion of Ascott Analytical Equipment Ltd’s Midlands manufacturing facility. The firm, which this year celebrates its 30th anniversary, produces world-leading climate test chambers for some of the biggest names in aerospace, automotive and coatings.

From a spare bedroom at Chairman Chris Gates’ home in 1989 to a multi-million-pound business in a state-of-the-art factory in Tamworth, it’s been a journey fuelled by an inspirational export strategy that continues to keep the company at the top of its game. Ascott is one of the top five leading corrosion test cabinet manufacturers in the world, shipping 95% of everything it makes to more than 100 countries worldwide. 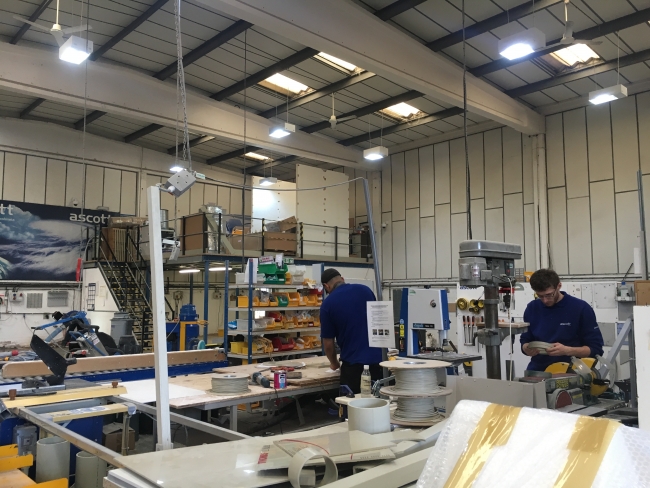 Ascott, which celebrates its 30th anniversary this year, exports 95% of everything it makes to more than 100 countries / Picture: Ascott Analytical Equipment

Customers in Japan, China, the US, India and Europe fill the company’s order books, backed by a global network of more than 60 distributors. Over 90% of its revenue comes from global sales, with over half generated from Asian markets. Marketing material comes in 21 different languages, it has more than 20 individual language-specific websites to maximise SEO and its chambers are fitted with state-of-the-art linguistic software.

This continual push into new overseas territories has won Ascott major regional and national export awards from Make UK as well as an invitation to share best practice with thousands of other manufacturers in the 2018 Parliamentary Report. From shipping just one chamber a week in the early 90s, Ascott is now one of the leading suppliers of corrosion test equipment in the world, thanks to its focus on technology and a deep understanding of its overseas markets.

Products range from compact 120l chambers for testing individual components and manufacturers’ coatings to huge testing rooms capable of taking whole assemblies. All test to the most stringent global standards, many set by the major automotive and aerospace groups themselves.

Chris – whose background is in nuclear and medical engineering – says the decision to invest in the new facility, opened by Tamworth MP Chris Pincher, was a logical one. From its inception, Ascott’s strategy has been to open up as many geographic markets as possible, where there is evidence of a developing market for the products Ascott chambers are used to test.

One example is the company’s first, tentative steps into the US. The automotive industry Stateside was significant, but few competitors were supplying corrosion test chambers there, and even fewer offered customers the advanced features offered by Ascott cabinets. Chris commissioned a market information report from the then Department for Trade & Industry, confirming the potential.

Routes to market were identified, and agents and distributors who were selling complementary products into the same sector, appointed. The US is now one of Ascott’s biggest and most successful regions. In the past two years, the focus has shifted to China, India and South Korea, with ambitious sales targets set by the board. 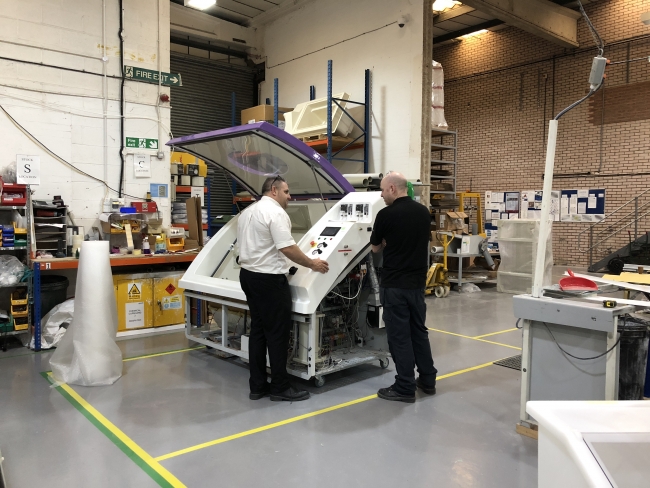 “It’s been an incredible journey,” said Chris. “My mantra for business is encapsulated in the expression ‘keep moving the goalposts’.

“Success breeds complacency, so we keep moving, continually designing and developing. And we protect our innovations, delivering them to market quickly.

“From taking six, nail-biting months to win our first order, we’re now exporting our chambers to some of the biggest automotive, aerospace and coatings customers all around the world through a fantastic network of distributors who help keep us at the forefront of the market.”

Chris bought the business when his son was a baby, following a journey from GEC to a London-based medical equipment company, later becoming UK sales manager for Fissons.

“It was a baptism of fire,” says Chris. “But all the pieces of the jigsaw were coming together, and it felt like the right time to make the move.” He hasn’t looked back and today, Ascott has an impressive international customer base.

It is the go-to chamber manufacturer and corrosion tester for aerospace giants including Airbus, Boeing and Rolls Royce; automotive groups like Tesla, Nissan, Daimler-Benz, Ford and BMW, and leading global coatings companies like AkzoNobel, PPG and Nippon Paint. Panasonic and Samsung are also major customers. 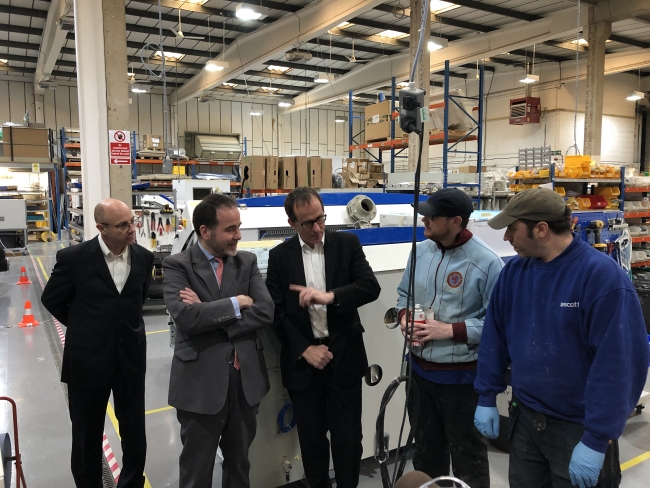 Behind this success is Ascott’s R&D team, which employs the latest tech to stay at the forefront of the industry, developing yet more advanced products, including a new range of CorroFlex chambers – bespoke-made to fit the needs of each customer’s factory floor space and testing requirements – and huge testing rooms.

The driver behind the technical team’s development programme are the ever-changing, ever-more complex global test standards. One example of the firm’s focus on innovation is its patented Mag-Drive system – a magnetic drive shaft fitted to its test chambers to contain the salt spray without the need for drilled holes, avoiding potential environmental damage.

Strengthening the commercial management team has freed-up Ascott’s R&D arm to rapidly develop new products and components. “It was time to invest in a new facility,” says Chris, who reveals the business has tripled its output over the past 10 years. This year just felt like the right time to do it, to celebrate the strides we’ve made over the past 30 years and our ambitious future plans.

“We’ve moved three times since we launched the company in 1989, but we were rapidly running out of space in the unit we had, both on the factory floor and for our administrative operations. Now, with doubling the size of the factory, we’ve been able to invest in a whole new production facility which allows us to build more, and bigger, units every year, gives a greater focus to product development and future-proofs the business to meet rising demand.

“It’s also given us a dedicated training facility and demonstration area, where we can invite our key customers to see what we do, host industry conferences and run training workshops for corrosion test engineers to drive up standards.”

The emerging Latin American market is firmly in Ascott’s sights, though China and Japan continue to lead the way, and investment in a global programme of exhibitions is helping to spread the Ascott word yet further.

“Thirty years ago, we knew no single market could give us enough critical mass to support the investment required,” says Chris, explaining the firm’s continued focus on global markets. “Because corrosion test equipment is a highly specialised, niche market. Too often, exporting is seen as the icing on the cake by British businesses. It should be the cake.

“Exports are a fantastic way to spread the risk of market and economic downturns; they improve cash flow and extend product life, since a life-cycle is rarely the same in all markets at the same time. As a business, we’ve been prepared to go the extra mile to develop globally and our global recognition has brought us international partners. For example, AkzoNobel now operates Ascott chambers in 12 countries from Brazil to Singapore.”

For Ascott, the future is bright.

“The high growth we’ve achieved over the past couple of years has led to investment in people, and with new products in the pipeline and a strong management team, we’re looking forward to the future,” adds Chris. “We’ve put some challenging objectives place; we have a global brand to build on.”