Sixty-one per cent of schoolgirls say they want to see more female role models in engineering to encourage them to take up science-based careers, according to new figures.

The study, commissioned by children’s rights charity Plan International and supercar maker McLaren Automotive, has been released to coincide with International Women in Engineering Day which aims to highlight the importance of science, technology, engineering and maths-based (STEM) careers for girls.

In addition, the research found that three-quarters (75%) of schoolgirls are interested in a STEM career yet over a quarter (27%) said they worry about being good enough to study STEM subjects. The research was released as 14-year-old Plan International youth activist and STEM enthusiast, Amelie, unveiled a one-off, vibrant design of the McLaren Artura hybrid supercar at the McLaren Technology Centre. The design has been created to celebrate one year of McLaren’s partnership with the charity and will go on display at the McLaren stand across all four days of the Goodwood Festival of Speed. 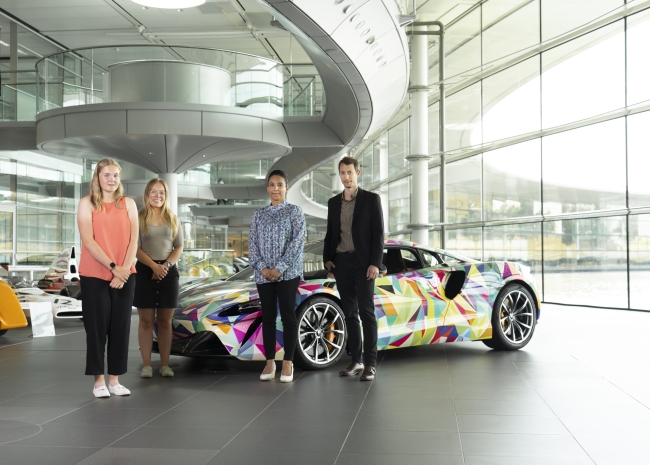 61% of schoolgirls say they want to see more female role models in engineering to encourage them to take up science-based careers / Picture: McLaren Automotive

Amelie was joined by materials scientist Ella Podmore, who worked on the Artura and was recently awarded an MBE in the Queen’s Jubilee Honours for her work encouraging more girls to pursue STEM careers, and senior McLaren designer Max Shkinder, who created the one-off colour scheme.

Amelie, Plan International UK youth activist, said: “Being able to unveil this supercar was a real privilege. Seeing the car’s design for the first time as the sheet was pulled off was an incredible moment. Plan International’s partnership with McLaren is doing a really good job of tackling career stereotypes, making it clear that science-based subjects can be interesting for all young people and showing how gender stereotypes about studying STEM subjects are wrong. Meeting the McLaren team has made me want to study even more STEM subjects at school. The atmosphere at the McLaren Technology Centre was really welcoming and today’s visit showed me how impressive engineering can be.“

McLaren has pledged to hold educational, skills-based workshops for 1,000 girls by 2025 to help create more opportunities for them to take up STEM careers. The first of these workshops was jointly delivered with Plan International last week at McLaren, with Ella Podmore MBE on hand to give the attendees from local schools her perspective on what it is like as a woman in an automotive career. Students were also put through their paces with a range of exercises with McLaren engineers and designers to test their aptitude and hone their skills. 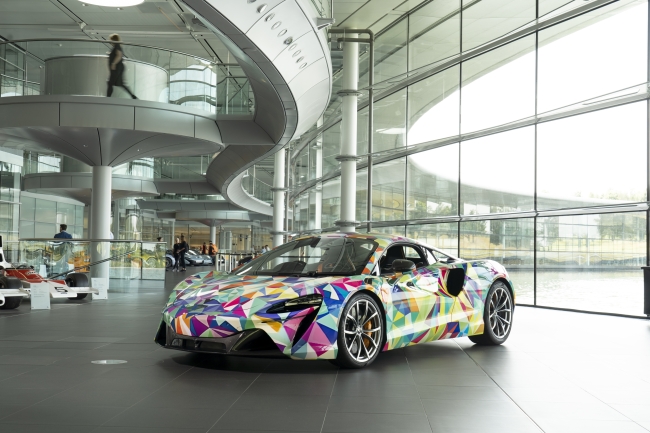 McLaren has pledged to hold educational, skills-based workshops for 1,000 girls by 2025 to help create more opportunities for them to take up STEM careers / Picture: McLaren Automotive

Mandeep Dhatt, executive director of HR at McLaren Automotive, said: “International Women in Engineering Day is vital to help focus attention on the importance of encouraging our young people to explore pursuing STEM educational and career options that are open to them. Yet the study jointly commissioned with Plan International shows that we have no room for complacency in smashing negative and persistent gender stereotypes that can hold our young people back.

“It was inspiring to meet Amelie and to introduce her to some of our McLaren STEM ambassadors like Ella and Max who work on amazing, innovative supercars. One year into our partnership with Plan International and having just delivered the first of our workshops for young people, our determination to support their vital work remains stronger than ever.”