Make UK is calling for an emergency, pre-recess package of business support measures to help shield companies from a potent cocktail of escalating costs amid a worsening economic outlook.

The call comes on the back of the Make UK/BDO Q2 Manufacturing Outlook survey, which shows that even with output and orders currently still positive, growth is slowing significantly, whilst exports are almost at a standstill, along with investment dropping as companies cut or postpone their plans in order to maintain cashflow.

According to Make UK, the seriousness of the situation, and the prospects for the next six months, means that industry cannot wait for the promised help in the autumn which the chancellor made in the spring statement, with action required urgently before the summer recess. 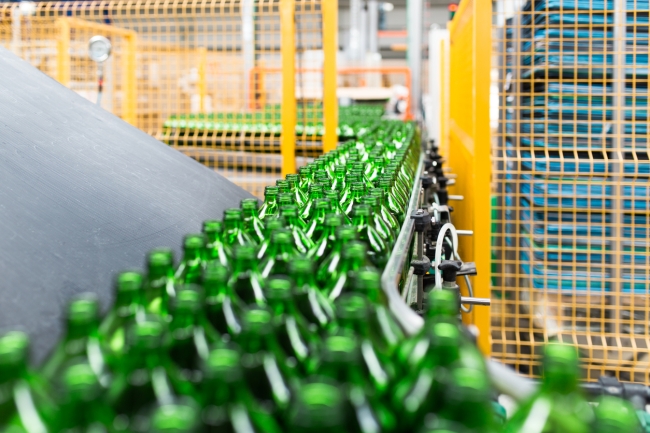 UK manufacturers would benefit from a pre-recess government support package, according to data from the latest Manufacturing Outlook survey / Picture: Getty/iStock

In response, Make UK has made a number of recommendations for measures government can introduce now to address rising business costs, including the following:

• Waive or reduce business rates for the next 12 months
• Implement VAT deferrals for larger businesses and waive completely for SMEs
• Temporarily freeze the Climate Change Levy and, if energy costs continue to rise, remove it completely
• Review the efficacy of the business interruption loan schemes introduced during the pandemic and deploy a successor scheme by Q3
• Extend the super-deduction investment policy
• Make the increase in the Annual Investment Allowance permanent

In addition to immediate measures, Make UK also stressed that the government must move away from short-term, gesture politics. Instead, it must focus on demonstrating to business and, foreign investors, that it has the capacity to operate in a serious manner with a long-term vision befitting a modern and outward looking Britain.

Stephen Phipson, chief executive of Make UK, said: “Whilst industry has recovered strongly over the last year, we are clearly heading for very stormy waters in the face of eye watering costs and a difficult international environment. This threatens to shatter expectations of a sustained recovery from the pandemic.

“Clearly some of the factors impacting companies are global and cannot be contained by the UK government alone. However, just as it is quite rightly taking measures to protect the least well off, given the rate at which companies are burning through their balance sheets just to survive, it must take immediate measures to help shield companies from the worst impact of escalating costs and help protect jobs. The government moved swiftly to implement the furlough scheme two years ago; it would be a wasted investment if the jobs saved then are lost now.

“We are also now seeing the effects on investment of the political chaos and uncertainty of the last six years. As a result, there is an urgent need to move away from the weekly roster of short-term gimmicks and put in place a long-term economic plan and vision, in particular with an immediate and laser like focus on tackling the shortage of vocational skills. This will provide companies and investors with the certainty and confidence they so badly need for a return to real growth.” 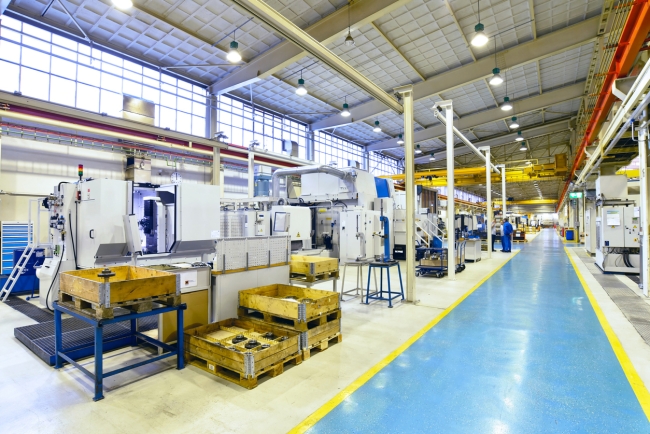 Make UK has made a number of recommendations for measures government can introduce now to address rising business costs / Picture: Getty/iStock

Richard Austin, head of manufacturing at BDO, added: “Manufacturers have shown their ability to overcome a wave of challenges over the last couple of years to remain competitive. The question is when fatigue will overcome resilience. The tipping point where the shorter term need to retain cash outweighs investment is starting to be reached and could have significant implications for future growth.

The survey showed these costs are still being passed on, adding to the inflationary picture. While UK prices fell very slightly (+54% from +58%), export prices reached another record level (+52% from +50%). Significantly, looking forward, manufacturers expect to continue to increase their UK and export prices substantially in the next quarter to +69% and 63% respectively, with both these figures dwarfing previous record levels in the survey’s 30 year history.

Companies continue to face pressures finding talent with vacancies at record levels of 4.1 vacancies per 100 jobs (around double historic averages). In response to this, and inflationary pressures, companies are paying settlements in line with inflation (38.7%) or above it (15.3%). 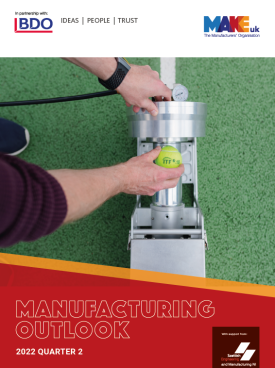