Britain’s manufacturers are beginning to move through the gears as growth prospects become more positive for the rest of the year, according to a major survey published by Make UK and business advisory firm BDO.

The Make UK/BDO Manufacturing Outlook Q1 Report shows the impact of the pandemic with the sector having seen a 10% fall in output in 2020. In contrast, as the vaccine programme gathers pace and major markets recover, Make UK has upgraded its growth forecast for 2021 from 2.7% to 3.9%, though this shows that it will take some time to recover the 10% fall in output seen last year.

The survey also highlights that while UK orders have risen, export orders have remained negative despite a significant pick up in manufacturing in the EU. This would suggest that both UK and EU companies have yet to come to terms with the new trading arrangements with Make UK believing that there are impacts on trade which go beyond ‘teething problems’. Make UK recently published figures showing three-quarters of companies were facing delays at ports. 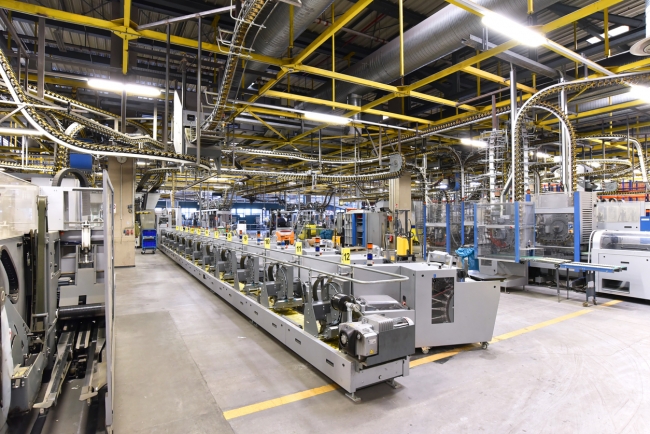 The latest Manufacturing Outlook report highlights that output volumes are up, UK orders have improved and expectations for next quarter are more positive across all indicators / Picture: Getty/iStock

While investment intentions are also still negative, they are significantly improved on the last few quarters, and Make UK hopes that the Budget announcement of a ‘super-deduction’ tax policy will provide a boost. Make UK added, however, that the UK has faced a structural problem with long-standing, relatively low levels of investment and that, given the incentive only lasts for two years, more longer-term measures will be required to make a real step change.

Stephen Phipson, chief executive at Make UK, said: “After the seismic shock to the sector last year, manufacturers are now beginning to move through the gears and accelerate into recovery as demand at home increases and major markets also begin to pick up.

“Looking forward, we are now at an economic crossroads. We have a major opportunity for Government and Industry to work together on a long-term vision which ensures we take advantage of the acceleration in technologies, our capacity for innovation and world class academic and science base. Future generations will not look back kindly if we do not grasp it.”

Richard Austin, head of manufacturing at BDO, added: “With investment intentions remaining in negative territory, the Chancellor’s recently announced super-deduction tax incentive presents a real opportunity for those manufacturing firms with access to finance to bring forward investment plans into the qualifying period and boost their productivity. However, the proposed two year window is arguably too short. What manufacturers really need is certainty over the longer term to allow the sector to confidently invest over a 10-15 year horizon.

“While the results of this quarter’s survey are encouraging, the next 6-9 months will nevertheless be critical for those manufacturers facing financial distress. Many will have deferred tax payments and taken on additional loans to help them through the crisis. The recently announced extension of the furlough scheme and other support measures will help in the short term, however, many will need to use this time to plan and implement turnaround strategies – and in certain cases take some tough decisions.” 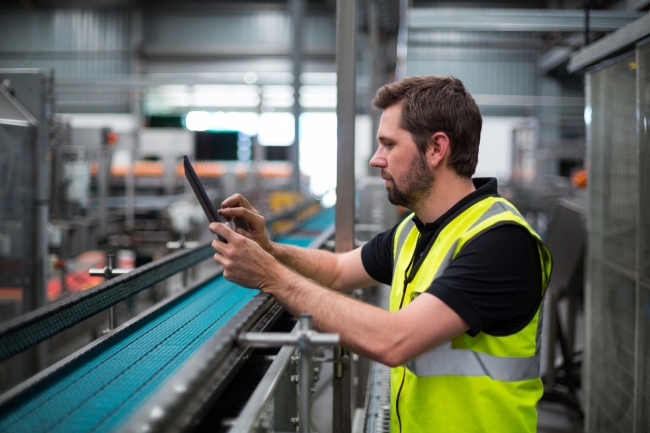 Employment and investment intentions remain negative, though significantly better than in 2020, with employment expected to turn positive in Q2 / Picture: Getty/iStock

According to the survey, the balance on output improved to +9% which, to give some perspective, compares to -5%, -36% and -56% in the previous three quarters, the latter in Q2 last year being the lowest balance recorded in the survey’s 30 year history. Looking forward, output is expected to continue to improve with a forecast balance of +15% in Q2, back to average historic levels.

Total orders also improved to +9%, which compares to -3%, -40% and -53% respectively in the previous three quarters since the pandemic struck. However, there is a clear divergence between UK orders which improved to +6% and export orders at -8% (a small decline from -5% last quarter).

This is the first time that domestic orders have been positive since Q3 2019 which may reflect sourcing more locally given the increased bureaucracy and cost of importing components. Recent Make UK research showed that one in three companies reported they had no experience of Rules of Origin forms.

Whilst the balance on investment intentions also improved to -6% from -11% it has now been negative for four quarters in succession. While this may reflect the combination of the impact of the pandemic, political uncertainty and the debt many companies will have accumulated to stay afloat, to give some perspective of the extent of cutbacks in the last year the balance in the first quarter of last year was +20% as the December 2019 election unleashed a short lived investment boom.

The balance for recruitment also improved to -6% from -14% last quarter. Looking forward however, the picture for recruitment is expected to turn positive at +13% as companies begin hiring again. However, the picture for investment remains negative at -6% although given the survey was done before the Budget the next two quarters will give an indication of any impact from the incentive to invest announced in the Statement. 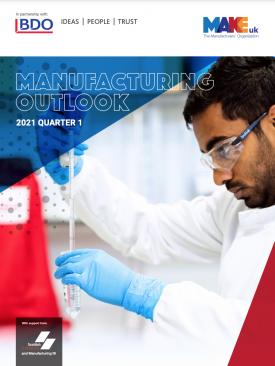