HMS Anson, the latest Astute class submarine to be built by BAE Systems, has been officially commissioned into the Royal Navy during a ceremony at BAE Systems’ site in Barrow-in-Furness, Cumbria.

At 97 metres long, and with a displacement of 7,800 tonnes, the nuclear-powered submarine is the fifth of seven in the Astute class. The Astute submarines are recognised as the most technologically advanced attack submarines ever operated by the Royal Navy.

BAE Systems has already delivered the first four submarines in the Astute class, which are currently in service with the Royal Navy. The sixth and seventh boats are at an advanced stage of construction in Barrow. 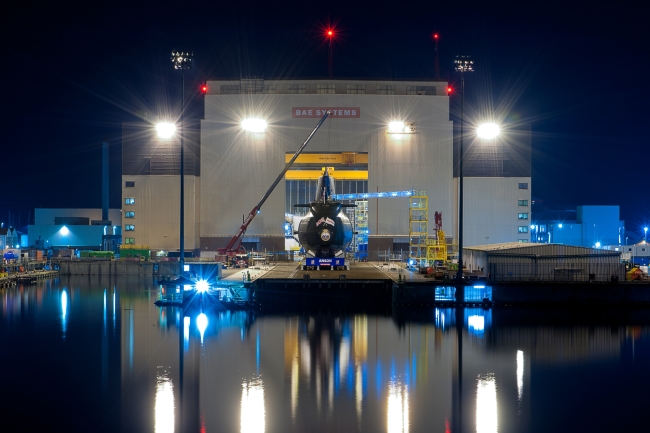 The latest Astute class submarine to be built by BAE Systems, HMS Anson, has been officially commissioned into the Royal Navy / Picture: BAE Systems

BAE Systems already employs more than 10,000 people in its Submarines business – and that number is set to grow. More than 500 apprentices are due to join later this year, up from 321 in 2021, to support the delivery of these major programmes. This year, BAE Systems will be recruiting more than 1,000 new engineers, designers, welders, supply chain managers and many other roles across the company’s Maritime and Land sector UK businesses.

Ben Wallace, UK defence secretary, said: “Today is a significant milestone in the UK and Australia’s preparation to confront growing threats to the liberal democratic order, especially in the Indo Pacific. Not only have we progressed our defence planning, but Minister Marles participated in the commissioning of our latest attack submarine, on which Royal Australian Navy submariners will be embarked as we develop our shared capabilities in the years ahead.

“Built in a UK shipyard, HMS Anson demonstrates the very best of British industry, sustaining our world-leading sub-surface capabilities and underlining the UK’s readiness to contribute them to shared security, especially with our closest allies Australia and the United States under the AUKUS initiative.”

BAE Systems chief executive, Charles Woodburn, added: “The Astute class submarines are among the finest engineering accomplishments in the world. As the custodian of the UK’s submarine design and build capability, we’re incredibly proud of the role we play in the delivery of this strategic national endeavour.” 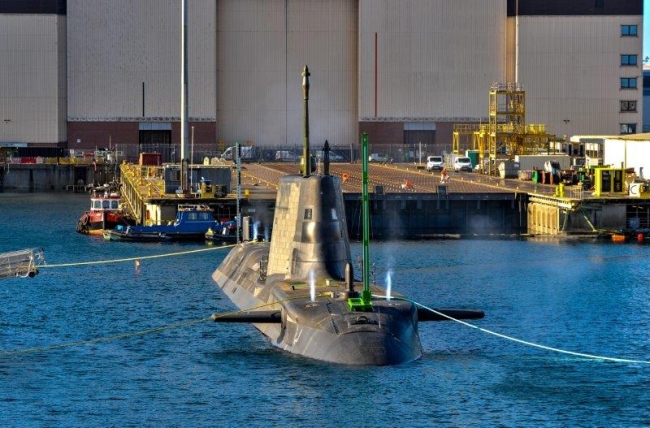 BAE Systems employs more than 10,000 people in its Submarines business with that number set to grow this year / Picture: BAE Systems

BAE Systems Submarines managing director, Steve Timms, said: “A great many people in our business and across the submarine enterprise and wider supply chain have been involved in the design and construction of this magnificent vessel, and I want to thank each and every person for their contribution. On behalf of everyone at BAE Systems, I also want to wish HMS Anson and her crew all the very best for the future.”

The Dreadnought class submarines, which will replace the Royal Navy’s Vanguard class, carrying the UK’s independent nuclear deterrent, are also being designed and built in Barrow. Manufacturing work is well underway on the first two of four Dreadnought submarines, with the first of class due to enter service in the early 2030s.

The third programme being undertaken by BAE Systems is for the Royal Navy’s next generation of submarines which will eventually replace the Astute class, referred to as SSN-Replacement (SSNR). Early design and concept work formally began following an £85m contract awarded by the Ministry of Defence in 2021.