Britain’s manufacturers are calling for business rates to be waived or reduced in tandem with a boost to investment allowances to help fire up an industrial recovery.

The call by Make UK was made on the back of the latest Manufacturing Monitor tracker which shows that while the sector continues to stabilise, companies increasingly see a long road ahead to any kind of normal trading conditions with redundancy plans still in the pipeline.

According to Make UK, the need for measures to aid investment now is especially important in the light of the decision to cancel the Comprehensive Spending Review and the absence of any revamped industrial or economic strategy to boost growth. 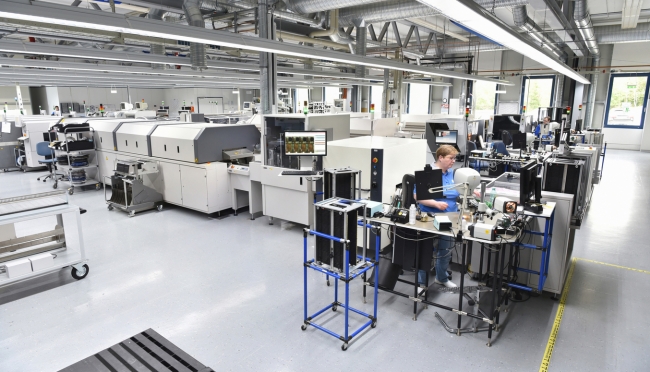 In response, as well as continuing to protect jobs, the survey shows a fifth of companies (20.4%) say that the top priority for government should be to waive or reduce business rates while just under a fifth (18.4%) want a boost in the form of enhanced capital allowances.

Stephen Phipson, chief executive of Make UK, said: “While the situation continues to stabilise it’s clear that there is a long road ahead to anything like normal trading conditions. This has major implications for companies and policymakers who are going to have to be fleet of foot in adapting to an ever changing environment.

“While government has quite rightly made protecting jobs the number one priority to date, there is now an urgent need to help employers with their cashflow and measures to boost investment. Business rates have long been a thorn in the side of companies and a disincentive to invest and now is the moment to provide a shot in the arm for companies by waiving or reducing them.”

According to the survey, over a third of companies (36.9%) believe it will take longer than twelve months for normal trading to return, while more than a quarter (26.8%) believe it will take between six and twelve months. While down slightly from the last tracker in September, the figures are holding steady, suggesting manufacturers have a consistent view of the outlook for the next year and beyond.

The survey also shows that the difficult jobs picture remains with half of companies (49.2%) having already made redundancies. A further fifth (19.6%) say they still plan to in the next six months, with more than a quarter (28.5%) saying they might do.

The survey also shows that a quarter of companies (23.5%) are now stockpiling again ahead of the end of the transition period. Of those who are not stockpiling, a third (33.8%) said they didn’t see the need, a quarter (24.8%) said they couldn’t afford to because of the pandemic, while just one in ten (10.2%) thought there would be a deal agreed.

Stephen Phipson added: “British manufacturers rose to the challenge earlier this year to help the country through a national crisis. They helped keep food and drink on supermarket shelves, adapted production to make vital PPE for our care homes and made sure hospitals had the medicines they needed during the pandemic. This data shows that manufacturing will be hit hard over the coming months unless there are further and sensible steps taken to smooth the path ahead.”

The survey of 181 companies was carried out between 12 and 19 October. Make UK has been running its Manufacturing Monitor tracking survey since the start of the pandemic. 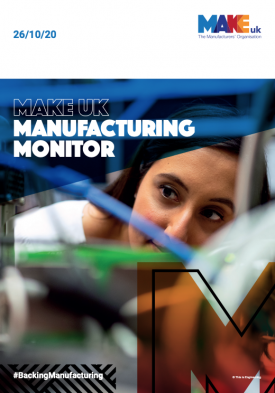