I understand
Home••Manufacturers call on Government to...

Britain’s manufacturers are calling on the Government to work with industry and take whatever steps are necessary to mitigate the impact of coronavirus on supply chains on the back of a survey showing exports have slumped to their lowest level in three years.

The Q1 Manufacturing Outlook survey published by Make UK and business advisory firm BDO LLP, taken before the recent escalation of the economic situation, confirms that the sector had ground to a standstill at the end of 2019 as the stockpiles from a potential October EU exit wound down. And, while the domestic picture had begun to improve slightly, exports had already fallen sharply in response to a downturn in world trade, a situation likely to be exacerbated by current events. 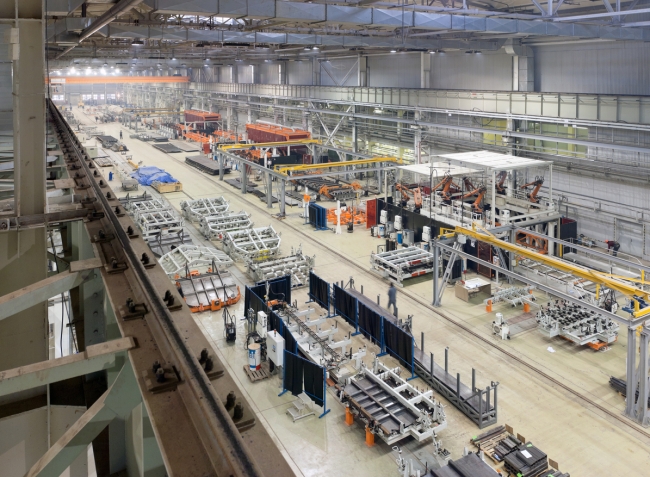 The Government has been urged to work with manufacturers to mitigate the impact of coronavirus and take whatever steps are necessary / Picture: Getty/iStock

In addition, a separate snap poll of companies conducted by Make UK (2) showed that over a third of companies (36%) say EU customer sentiment has worsened since exiting the EU, indicating European customers are now looking away from the UK, further threatening exports to the UK’s major market.

Make UK and BDO warned the true impact of coronavirus may not yet have been recorded but the next few weeks should shed some light on how the sector is responding to disruptions that are set to send shockwaves through industry supply chains.

Seamus Nevin, Chief Economist at Make UK, said: “After the rollercoaster ride of the last twelve months and a series of stockpiling highs and investment lows the election result had at least provided some degree of political certainty and a prospect of a return to cyclical economic normality, but the escalation of coronavirus is likely to knock that off course.

“Even before the current situation the shocking drop in exports could not have come at a worse time ahead of potentially difficult trade talks where the clock is running down fast. It is now vital that Government works with industry to limit the damage to industry and take whatever steps are necessary to safeguard skills in particular.”

Tom Lawton, head of manufacturing at BDO, added: “As coronavirus fears take hold and the impact on the sector’s crucial supply chains remains largely unknown, businesses should be preparing themselves for more volatility this year.

“The dramatic fall in exports only exacerbates the challenges to come. There is no doubt that the sector needs the Government to step up and deliver a clear and supportive industrial strategy to help navigate the choppy waters ahead.”

According to the Make UK/BDO survey, total orders improved from +1% in Q4 2019 to +4% in Q1, though to put this in perspective this compares to the turbocharged performance of manufacturing in 2017 which peaked at +37%.

Total orders in Q1 (up to +4% from +1%) reflect the slightly improved picture for domestic orders, although they have still remained negative for three successive quarters which is the worst run since 2015 (-3% from -5%). This contrasts with the picture for export orders which deteriorated significantly from +10% to -2%, the first time export orders have been negative since the final quarter of 2016.

The weakness of the order picture coupled with the unwinding of stockpiling which took place last Autumn meant output fell to just +2% from +11%. By sector, the continuing difficult situation affecting the steel industry meant basic metals output fell by a balance of -29%, whilst the effect of the coronavirus on access to semi-conductors and other components is starting to impact on the electronics sector with a balance of -5%, the first negative balance for the sector since Q4 2015.

Northern Ireland had the lowest level of business confidence, reflecting the uncertainty over future trading arrangements given its exposure to the EU and the fact that manufacturing is a higher than average percentage of the Northern Ireland economy (15.2% compared to 10.1% UK overall).