The value of capital allowances claimed by the manufacturing sector increased 7% to a six-year high of £12.7bn last year*, up from £11.8bn the previous year, according to research by the accountancy and business advisory firm, BDO LLP.

However, investment by manufacturing businesses has since fallen to its lowest level in four years, as the sector grapples with Brexit uncertainty and limited government support. Manufacturing investment fell to £6.9bn in Q2 2019 from £8.2bn in Q1 – the lowest level since Q1 2015**.

BDO says, while the increase is the value of capital allowances claims is positive, the political and economic uncertainty has led many manufacturers to postpone capital expenditure and instead look to build up cash reserves until they are provided with further clarity. 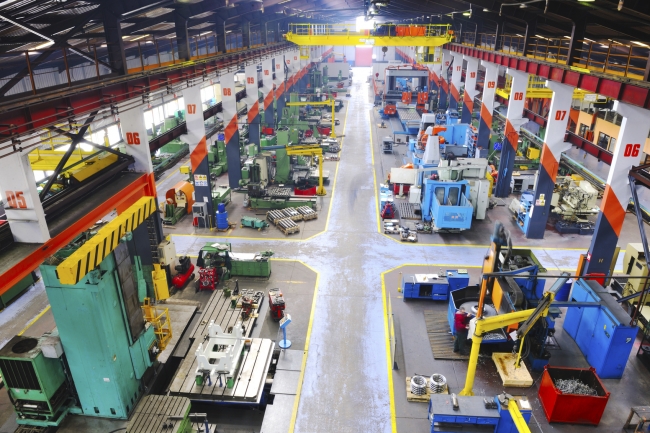 BDO is calling for an increase in the Annual Investment Allowance that could double projected business investment growth and increase labour productivity / Picture: Getty/iStock

The negative economic impact of companies delaying investment is also being felt in other ways.

After two quarters of zero growth, UK productivity fell 0.5% in Q2 2019*** – its fastest rate in five years. The Bank of England also estimates the UK economy has lost 2-3% of growth over the last three years as a result of Brexit.

BDO says a sustained decline in investment could lead UK businesses to fall further behind international rivals in terms of productivity.

Tom Lawton, Head of Manufacturing at BDO, said: “UK manufacturing is at a critical juncture. It is facing the most significant digital revolution in its history while dealing with softening export markets, stiff global competition and domestic conditions asphyxiated by political uncertainty.

“The risk is that manufacturers will continue to postpone their capital investments until they have a clearer view of the future. A mix of more generous government support and clarity about trade post-Brexit is needed urgently to stimulate investment.”

“While the increase in capital allowances claims is positive, it doesn’t take us anywhere near where we need to be,” adds Lawton.

“This month’s Budget would have provided the government with the prime opportunity to incentivise greater capital investment but now even that’s been caught up in the Brexit crossfire. We’ll be well into 2020 before another Budget will see the light of day.”

Lawton says that increasing the Annual Investment Allowance (AIA) from its current rate of £1 million to £5 million for the next five years could provide a major incentive for manufacturers to invest in capital assets and boost their efforts towards greater digitalisation.

The increase would more than double projected business investment growth and increase labour productivity almost five-fold by the end of 2023****. 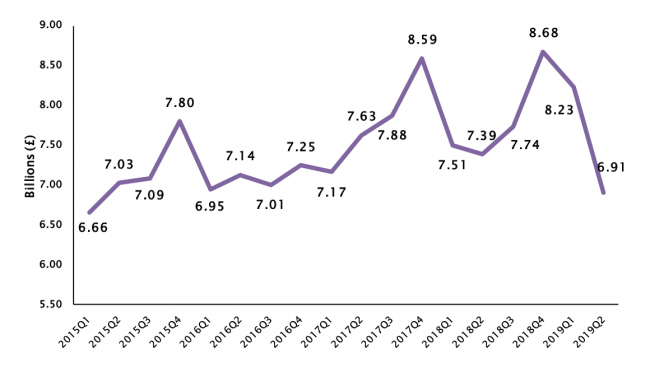 Investment by manufacturing businesses is at its lowest level since the first quarter of 2015 (£bn) / Graphic: BDO