I understand
Home••Manufacturers leading the charge in...

Britain’s manufacturers are leading the charge towards net zero as the sector makes a huge leap forward from just 18 months ago when very few companies had a specific net zero strategy in place. The positive influences of COP26 and increased practical help in implementing positive green strategies in the workplace has turbocharged industry in the race to zero.

According to new research published by Make UK, almost two thirds (65%) of manufacturers have taken positive action towards their net zero target in the past 12 months, while 35% of businesses already have a fully formed net zero strategy in place and have started to implement it. The research – ‘COP26 6 Months On’ – shows that a further 14% have set their net zero strategy but have not quite set it in motion and over a third of companies said that achieving net zero is high priority for their business. 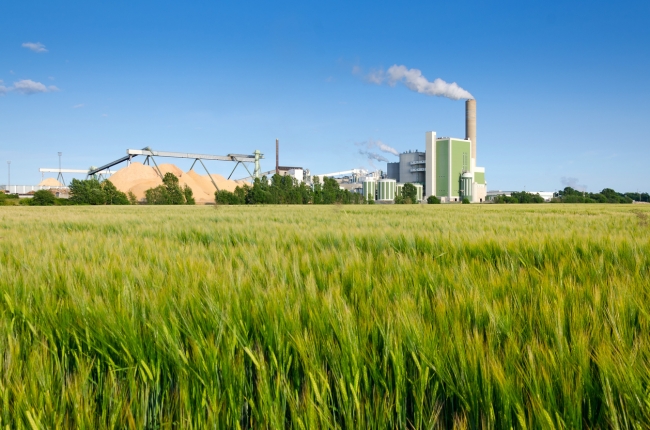 65% of manufacturers have taken action towards their net zero target – up from a starting point of almost zero just 18 months ago / Picture: Getty/iStock

These figures are all the more impressive against a background of unprecedented challenges for manufacturers who have had to navigate the changes to trading rules following the UK’s full exit from the EU alongside the global pandemic which saw order books reduced, sales fall and supply chains temporarily disrupted. Yet despite these challenges and ongoing inflationary pressures, manufacturers have realised the critical importance of net zero and the benefits a green economy can bring to their business and made headway accordingly.

A regional breakdown shows that the further North you go, the higher up net zero is on a company’s priority list. Almost half (48%) of companies in the North stated that achieving net zero is a high priority for their business right now compared to 28% and 25% in the Midlands and South respectively. Tackling their own internal factory emissions has been the number one focus, with 77% of companies working on energy efficiency followed by nearly half (48%) looking to optimise their production processes. A further 32% want to increase their resource efficiency by using or wasting less resources.

This could be something as simple as moving production lines nearer to the exit, so forklift trucks move only a short distance to load up the final products, to introducing complex energy saving sensors across the whole of the production line and full-scale electrification of processes. Some 32% of companies have started to use on-site renewable energy generation with a further one in ten manufacturers now keen to improve their buildings for space heating and cooling.

Getting staff on board and bought into the green agenda has also been shown to be key in the report, with a quarter of companies already training their staff on sustainability to make sure they have the right skills for the transition to net zero. A lack of skills was cited as a barrier to change, with some 40% of companies stating they did not have the relevant skills within their business to implement changes.

Outside the factory, almost three quarters of manufacturers are already engaging with their supply chain to deal with their emissions (scope 3 emissions). These ‘indirect’ emissions from the value chain constitute the bulk of a company’s emissions, but they are not directly under the business’s control and are therefore harder to manage. 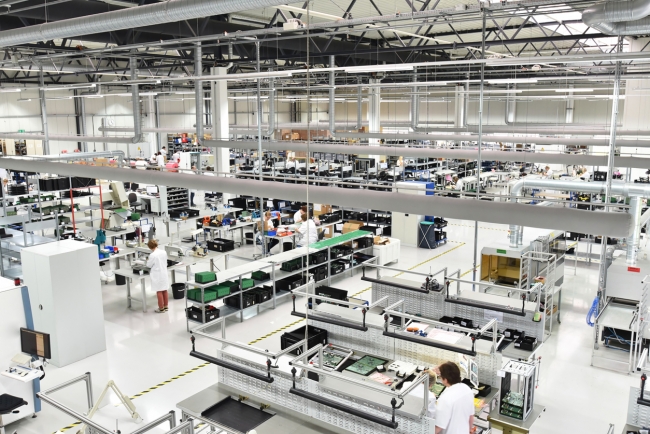 9 in 10 manufacturers are planning further action on net zero in the next 12 months as activity ramps up / Picture: Getty/iStock

This is being done mainly by communicating their own net zero ambitions across their own supply chains (53% of companies took this route), while a further 33% are working on cutting their logistics journey and transport emissions from third party vehicles.

Nearly two thirds (62%) of manufacturing businesses are driven to take further action on net zero by the rising cost of energy, while another two thirds (63%) are being pushed by their customers or their employees (31%) to up their green credentials. While overall awareness of government-led initiatives is not high, there was good engagement around COP26 (e.g., Race to Zero and the SME Climate Hub), with a quarter of companies saying these helped speed up the process.

Some 38% of companies see competitive advantage through the introduction of innovative products or services and having a positive net zero strategy as a key attraction for recruiting new talent to the business (35%).

A quarter of manufacturers also mentioned commercial opportunities, such as being listed as an approved supplier for public/private procurement schemes (24%), access to new higher value ‘green’ markets (24%) and access to finance for new projects (25%) as a driver to speed up their decarbonisation journey.

Stephen Phipson, CEO of Make UK, said: “Britain’s manufacturers have long shown that they are at the forefront of innovation globally and they have already gone a long way to improve their processes in the quest to reach net zero. They are making huge leaps forward and have taken much from initiatives such as COP26 as a driver for further change. With energy costs at historic highs, cutting energy consumption has taken on a further layer of urgency, and new business opportunities from the green economy make change even more attractive. We will continue to work collaboratively to come up with solutions which work for manufacturers and allow them to forge forward towards net zero with even greater speed.” 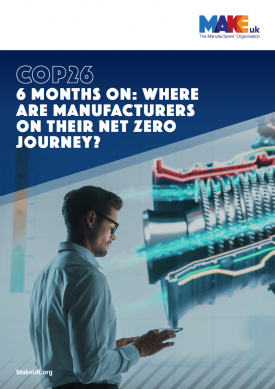