Britain’s manufacturers have unfortunately ended the year at a standstill as the toll of ongoing political uncertainty and downturn in major global markets shows little sign of ending anytime soon, according to a new survey by Make UK and business advisory firm BDO LLP.

The survey also shows that a quarter (25.7%) of companies view increasing investment allowances as the main priority for the new government, with a fifth believing cuts in corporation tax should be the priority.

The Q4 Manufacturing Outlook survey comes on the back of a raft of weak PMI and official data across Europe in recent months with the best that can be said being the major indicators have not got worse since the third quarter and appear to have at least stabilised.

Manufacturers’ confidence in the economy has picked up slightly but Make UK say this is likely to have been influenced by a ‘no deal’ cliff edge being avoided at the end of October.

However, this respite is most probably temporary and only when the uncertainty over the direction of travel on Brexit is ended will manufacturers really turn on the taps of much needed investment to boost the UK’s productivity performance.

Stephen Phipson, chief executive of Make UK, said: “Uncertainties about the outcome of Brexit and the impending general election continue to weigh on the UK manufacturing sector but the build up to Christmas has brought a much needed boost.

“Firms are reporting weaker business activity overall, especially from the domestic UK market but export orders have increased slightly this quarter, indicating greater confidence from foreign customers about purchasing UK goods as concerns about an end of year no deal Brexit fade.

“Christmas, and the end of the year, are a time when people reflect on the past and try to begin afresh. Manufacturers will hope that the next twelve months will see an end to the political charade in Westminster and a return to focus on critical issues such as delivering a long term vision for the economy.”

Tom Lawton, head of manufacturing at BDO, added: “Investment levels have slightly improved this quarter following a series of declines since the start of the year. While this is positive, and possibly a sign that the prospect of a no-deal Brexit is less of a short-term worry, firms are still facing an uphill battle.

“Investment is critical to UK manufacturing. The sector is facing increased global competition and major change in respect of industry 4.0 and sustainability. An increase in first year capital allowances – something that a quarter of companies see as a priority for the new government – would be a good incentive to boost capital investment in 2020 and beyond. This should be considered as part of a long-term sustainable industrial strategy.”

According to the Make UK/BDO survey, the total order balance – whilst still just about in positive territory – fell to just +1%. This continues the downward trend seen throughout the year when it has fallen respectively from +16% to +8% and +2% in the three previous quarters and compares to the turbocharged performance in 2017 when it peaked at +37%.

Output did, however, increase slightly from +4% to +11% but, given the survey period took place in the immediate run up to the last Brexit deadline of 31 October, it is highly likely this period was accompanied by some stockpiling, though not to the same extent as the record levels seen earlier in the year.

The survey highlights some valuable insights into sub-sector performance. In particular, basic metals saw a large contraction due to the ongoing situation affecting the steel sector both at home and overseas. In addition, rubber and plastics continue to be impacted by the downturn in the automotive sector. That downturn is now also being compounded by growing environmental concerns marking a shift away from plastic to paper and other more environmentally friendly products.

By contrast, the electronics sector continues to buck the trend on the back of the drive to automation though it too has seen a decline this quarter. 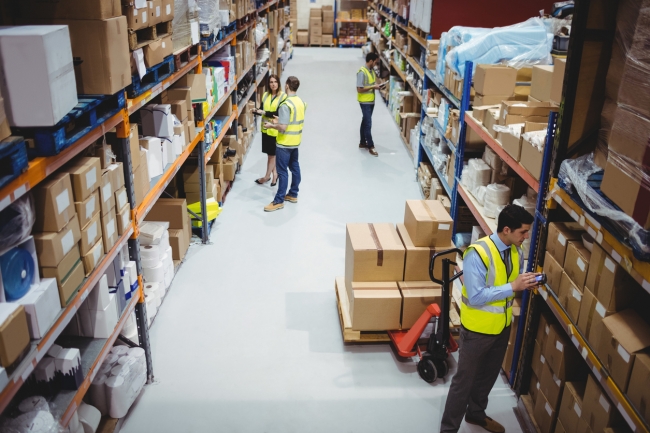 The latest Manufacturing Outlook showed confidence in the economy and export growth has picked up slightly / Picture: Getty/iStock

The one positive light in the survey picture is that export orders have picked up slightly from +6% to +10%, though Make UK was cautious to point out that in such periods of uncertainty data can be volatile and with world markets so weak this positive picture may not be sustained. Domestic orders remain weak and in negative territory at -5% (-6% in Q3).