Britain’s manufacturers have begun the long road to recovery following improvements in output and orders from the historic lows of the last quarter, according to a major survey published by Make UK and business advisory firm BDO.

According to the Make UK/BDO Manufacturing Outlook Q3 Report, the balances on output improved to -36% from -56% in the last quarter, which was the lowest balance ever recorded in the 30 year history of the survey. UK and export orders also improved from similarly historic lows to -36% and -34% respectively.

More encouragingly, companies expect the prospects for industry to continue moving in an upward direction with the balance forecast for output for the next three months improving to -7%. Whilst still a negative figure, this would represent a significant improvement.

The latest Manufacturing Outlook survey shows industry is beginning the road to recovery with output and orders improving / Picture: Getty/iStock

Despite the improvements in output and orders, the balance on investment intentions fell to -32% from -26% in the last quarter. Whilst not reaching the levels of cutbacks seen during the financial crisis as yet, the continued downward trajectory is following a similar pattern to that seen at the time.

By way of an indicator as to how far investment has been cut back this year, the balance in the first quarter was +20% as industry bathed in what seemed greater political certainty following the general election. The biggest cutbacks were in Yorkshire & Humber, Wales and Scotland.

Stephen Phipson, chief executive at Make UK, said: “Manufacturing has begun to climb away from the abyss that it stared into earlier in the year. But, make no mistake it is going to be a long haul back towards normal trading conditions, with talk of a V shaped recovery nothing more than fanciful.

“Having emerged from three years of political uncertainty at the end of last year, increasing talk of a final no deal exit from the EU would be a final nail in the coffin for many companies. If we are to avoid this and, the avalanche of job losses that would follow in already hard hit areas and sectors, it is essential that the first step towards a fuller recovery is provided by a comprehensive trade agreement with the EU.”

Tom Lawton, head of manufacturing at BDO, added: “While the slight uptick in output and orders is welcome, the fact that so many businesses are losing their appetite to invest is a real cause for concern. With a no deal exit from the EU – and associated logistics, customs and cost implications – looking increasingly likely, British manufacturers will need to step up a gear in order to compete internationally, and this will require significant investment in productivity and digitalisation improvements.

“No-one is in any doubt about the financial challenges facing manufacturers, but failing to invest now will have serious medium to long term implications. The Government must be alive to this risk and provide the support required to help UK manufacturers through this transition period and beyond. Other countries – Germany in particular – provide good examples of consistent long term support to their manufacturing sectors. The UK should look to adopt a similar approach.” 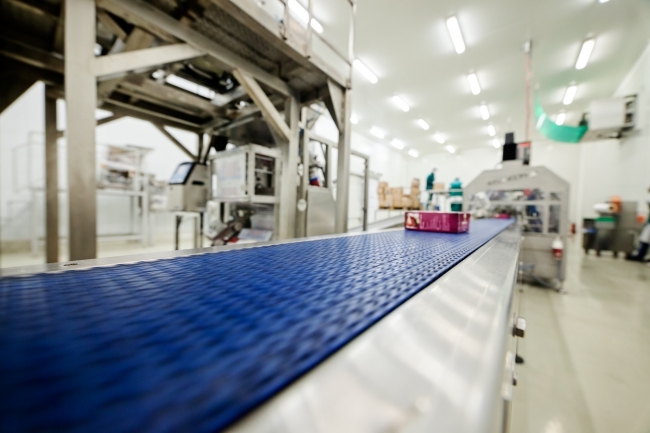 The forward looking indicator suggests conditions will improve in the sector, albeit slowly / Picture: Getty/iStock

Make UK also warned that given the uncertainty surrounding the Brexit negotiations and the very real possibility of a no deal, the combination of that outcome with the continued impact of the pandemic could cause further damage to investment prospects in the latter part of the year.

By sector, there were marked differences with basic metals reporting a balance of -75% as the demand for steel from the automotive and aerospace sectors reduced. By contrast, other sectors such as electronics, machinery equipment and electrical equipment all improved in line with the UK averages, with the forecasts for the next three months showing continued improvement.

Despite the improvement in business conditions since the start of the crisis, the employment balance weakened since the last quarter, falling to -29% from -22%. This would indicate that manufacturers are cutting back on staff, though whether it means companies are adapting to the new environment by improving productivity with fewer staff remains to be seen. 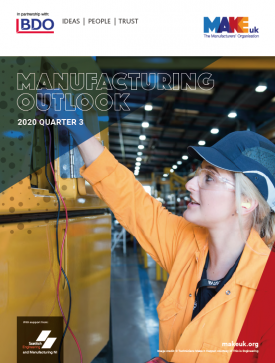