I understand
Home•Opinion: The future of fusion...

Opinion: The future of fusion power and why the South West is best placed to lead

Fusion power and the technology behind it could play a significant part in the UK achieving its zero net carbon emission targets. Professor Tom Scott, RAEng Professor of Materials at the University of Bristol and Director of the South West Nuclear Hub, shares his insight on why it will be so important and why the South West is best placed to lead the charge.

This last year of the Covid pandemic has been miserable. It’s certainly one I’d like to forget but a silver lining for the environment has been the global reduction in travel and curbed industrial activity.
You might be forgiven for thinking this last year has been one of respite for the environment and indeed there has been a substantial drop in worldwide emissions of carbon dioxide but not to net zero levels.

It is estimated that 30.6 Giga-tonnes of carbon dioxide will have been released in 2020, almost eight per cent lower than in 2019 and the lowest level since 2010. This is good but not good enough!

If the UK is to achieve zero net carbon emissions by the middle of the century, we need to cultivate a mixture of low carbon energy technologies including nuclear, which has already provided a reliable and safe baseload supply of electricity in the UK over many decades. 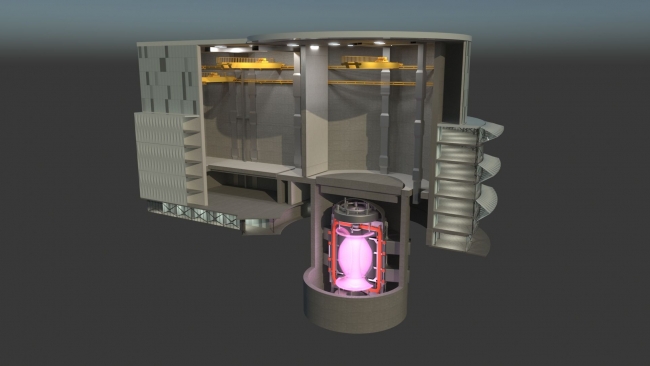 Fusion power can support the drive to achieve zero net carbon emissions by the middle of the century / Picture: UK Atomic Energy Authority

More specifically, our carbon-free ambitions will need us to advance all the different types of low-carbon energy technologies and specifically, for nuclear, we need to start a transition from the nuclear power we have today, to fusion power.

Fusion is the power that drives our sun, producing heat, light and radiation. Without it, plants, trees, animals and humans would not have evolved.

The fuel for this is hydrogen; the extremely high pressures and temperatures inside the sun, force hydrogen ions together and cause them to fuse, forming helium and releasing huge amounts of energy.

Fusion technology has quietly but diligently advanced over the past decade, overlooked by most in the scramble to find low-carbon energy technologies.

Indeed, fusion is one of the few technology areas where the UK can still be considered a world leader.

At the Culham site in leafy Oxfordshire, the march towards fusion has been steadily advancing. Recent breakthroughs and records in fusion technology have been largely overlooked due to world events, including Covid.

The UK government certainly hasn’t overlooked these important UK advancements and has establish a ‘moon-shot’ programme, to build the world’s first fusion power station by the 2040’s.

Known as STEP (Spherical Tokamak for Energy Production), this well selected acronym for could signify a step-change in how we utilise atomic energy for the benefit of mankind. 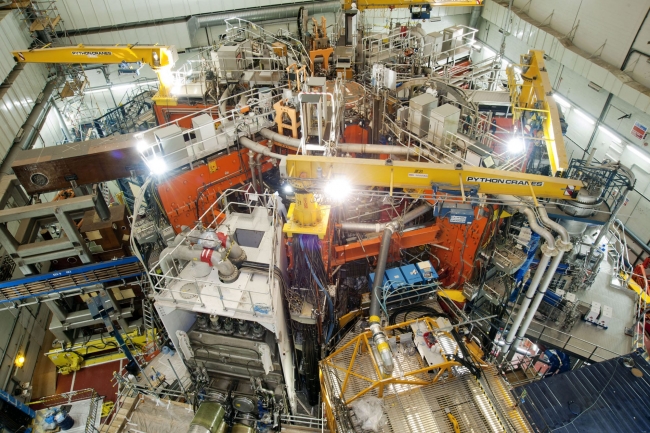 Spherical Tokamak for Energy Production, known as STEP, could signify a step-change in how we utilise atomic energy / Picture: EUROfusion

STEP isn’t just a nice idea, it’s being strongly supported Government, to the tune of £220M for the first five years of the programme and a national competition to decide the location for STEP has just been launched.

For the next 20 years, STEP will capture international attention and establish a new fusion power industry, attracting companies and investment across a raft of advanced technology areas from advanced materials, to sensors, robotics, digital innovation and even hydrogen production.

The STEP ecosystem will generate jobs, training and most importantly, huge export opportunities.

But where will this generational economic and technical opportunity be located? Many communities will vie for this prized opportunity, but I would argue that the South West of England is the best placed for three main reasons.

Firstly, if you want to build a fusion power station, you need people and a supply chain that know how to do it.

The South West is the only region of the UK with this capability due to the Hinkley Point C project in Somerset and because of this project, the region is familiar with the benefits of such an investment in terms of economic growth, improved transport infrastructure and generations of skilled people.

Additionally, the region has unique resources to make STEP, a locally sustainable proposition, from the redundant Magnox power station sites across the region, to the steel foundries of South Wales, and the Lithium extraction ventures in Cornwall. This is nationally unique.

Secondly, if you want to build a power plant that operates at very high temperatures (hotter than the sun), you’ll need people who are experts in running such a plant. 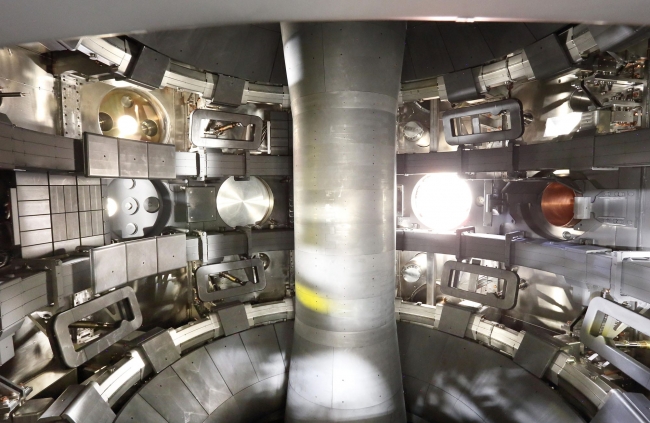 Plans are in place to make the strongest possible case for STEP to come to the South West / Picture: UK Atomic Energy Authority

This is exactly the expertise currently housed at EDF’s fleet headquarters in Barnwood, Gloucestershire, responsible for overseeing the operation of our existing nuclear power stations the only high temperature reactors in the world.

The region is proud of its nuclear heritage partly because it was pioneering and partly due to the prosperity that came with it.

Bringing STEP to the South West, to a birthplace of nuclear energy, would represent a beautiful circular evolution for atomic energy in the UK and drive the levelling up agenda in a part of the country that is all too often overlooked.

What I’m calling for now, is a groundswell of support, from industry, local government, the public and South West politicians, to make the strongest possible case for STEP to come to the South West.