Pryme Group is a relatively new name but armed with an engineering track record going back 40 years, it is shaking up the UK’s market for contract manufacturing services.

The North East of England has always been a hotbed of subcontract manufacturing. However, in recent years, a new name has been shaking the market up, namely Pryme Group, whose rise has been nothing short of meteoric.

Created in 2014 from a core of three engineering companies, GA Scotland, GA Sliding Head and GA North West, the company catapulted itself into the first rank of contract manufacturing companies with three acquisitions in the Newcastle area in 2015, namely MKW Engineering, Stargate Precision Engineering and TME Hydraulics. 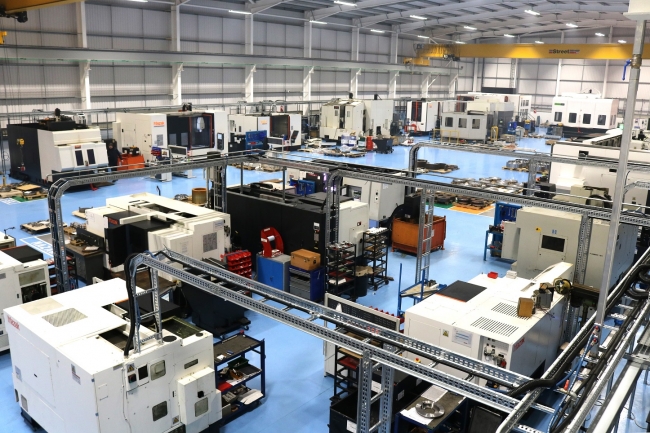 Pryme Group invested more than £10m refurbishing its new manufacturing base, which is home to more than 20 CNC machines / Picture: Mazak

A year later subsea specialist SengS joined the group and, in 2018, Hydratron, a global supplier of high-pressure equipment, was snapped up. Whilst the company now boasts a range of engineering services, from design and consultancy through to fabrication, testing and coating, its heritage and strength remains in CNC machining, with more than 140 machines across the group.

Pryme Group now focuses on three core areas – oil and gas, defence and aerospace – with a blue-chip client base that includes names as diverse as BAE Systems, through to Schlumberger, Siemens and Rolls Royce.

In 2017, work began on the Group’s new North East facility that aimed to bring the three Newcastle acquisitions together under one roof. The new 58,000 sq ft manufacturing facility based in North Tyneside, which cost more than £10 million to refurbish, is home to more than 20 CNC machines.

The Pryme Group’s close relationship with Mazak is clear as soon as you visit the new facility. In fact, the group recently acquired five new Mazak machines in order to enhance its machining capabilities.

Dave Graham, Group Business Development Director, has been responsible for all of the machine specifications. “The Mazak machines were bought to extend our capabilities, specifically in heavy-duty machining,” says Mr Graham. “At this new site we’re focused on a wide range of sectors, from marine and land systems for oil and gas, through to energy and rail, for companies like Bombardier. The quality of the machines is a vital part of winning business in these sectors.”

He continues: “My own relationship with Mazak goes back 20 years, having specified a range of machines from QUICK TURNS and VTCs through to INTEGREX in previous roles, including MKW Engineering, prior to its acquisition by Pryme. In fact, I bought the first e-1600V machine into the UK for a non-OEM. The quality of the technology is not in question.”

One of the most significant recent investments has also been a Mazak e-1600V, this time for Pryme Group. The machine is an advanced vertical multi-tasking machine for all one-chucking, equipped with a 2-pallet-changer that is capable of completing all machining operations in a single machine set-up. The machine is specifically designed for heavy duty machining as it is equipped with a 37kw, 50 taper 10,000 rpm spindle.

Crucially, for Pryme, the e-1600V has an exceptionally large capacity which makes it ideal for large workpieces with dimensions of up to 2,050mm diameter by 1,600mm, and is also capable of handling a load of up to 5,000 kgs load. 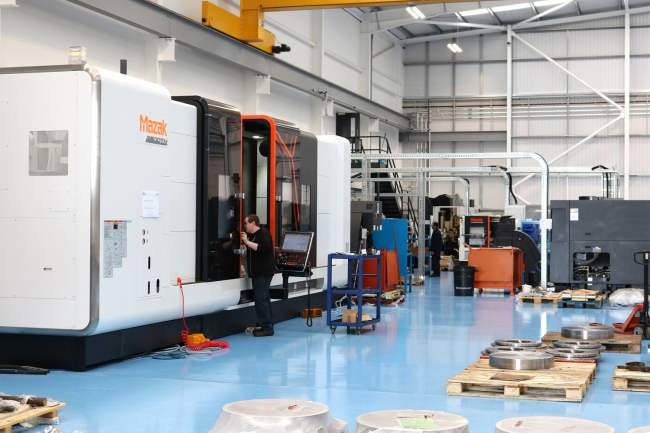 “We have taken a conscious decision to transfer our technology upstream into 5-axis work,” says Dave. “With the 1600V for example, we are doing a lot of multi-axis work, programmed both on and offline. There are two programmers on-site and we are able to put the models they generate straight into the machine.”

The e-1600V was joined by an INTEGREX e-670H which is also designed for large workpiece machining, due to its high performance turning and milling spindles able to cut difficult to machine materials. The machine is capable of working with exceptionally long workpieces of up to 1,070mm diameter and 4,000mm long works capacity. To aid this type of machining, the e-670H is equipped with a steady rest and long boring bar stocker for deep machining of workpiece inner diameters of up to 100mm diameter by 1,000mm length.

Alongside, Pryme has also invested in a Mazak HCN-6000, a high rigidity machine ideal for high-volume large heavy-part operations. Specifically, the machine is equipped with a 10,000rpm 37 kw 50 taper spindle.

“The new machines have opened up the potential for us to move into new markets, specifically those areas, such as oil and gas. The common denominator with the new INTEGREX, the HCN and the e-1600V is capacity. There are very few contract manufacturers in the North East who have machines capable of machining workpieces of the size we can now work with.”

In addition to the heavy-duty machines, Pryme has also recently invested in a vertical travelling column machining centre and a new turning centre complete with automation. The VTC-530C is a highly versatile machine that can be used across a range of machining applications and is equipped with a 12,000rpm, 18.5 kW spindle delivering outstanding productivity to reduce machine cycle times and a QT-COMPACT 200MY with bar feeder, a turning centre with rotary tools and a Y-axis.

“The new machines give us extra capacity with the manufacture of smaller components,” says Mr Graham. “All of the new machines are equipped with SMOOTH Technology. It’s a brilliant CNC.”