Britain’s manufacturing sector is increasingly embracing the digital industrial revolution as it bids to boost productivity, improve energy efficiency and overcome the twin supply chain shocks caused by Covid and Brexit, according to a report published by Make UK and Infor.

According to the research, almost 80% of manufacturers have increased their spending on digital technologies in the last two years, with a similar number planning to do so in the next two years.

These investments are bringing major benefits to company operations with two-fifths of firms (40%) saying it has already improved productivity, a quarter (27%) saying it has brought better profitability and three in ten (31%) experiencing greater labour efficiency. Almost one in ten companies (9%) said their productivity had improved by more than 50% as a result. Further gains are to be had with two-thirds expecting productivity improvements and over half anticipating better productivity.

While the main investments are taking place in areas already well established such as e-commerce, finance and manufacturing processes, the impact of the pandemic can be seen in the increasing efforts to digitise supply chain management. Almost a third (30%) of manufacturers are using digital technologies for supply chain management and a further 40% are considering doing it. 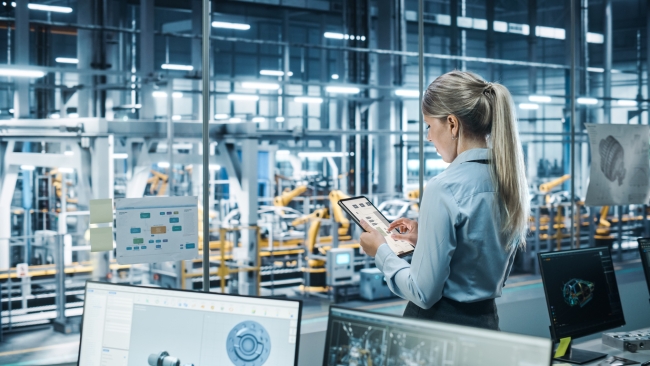 Manufacturers are accelerating their digital investments to support an increased productivity drive, according to research by Make UK / Picture: Getty/iStock

This is improving the ability of companies to respond at speed to the changes in their supply chain and improve visibility with their customers and suppliers. As a result, over a third of companies (35%) plan to have up to a quarter of their processes automated in the next two years and a further quarter plan to have up to half of their processes automated.

These investments are also helping companies with their net zero ambitions with a third (34%) saying it had improved energy efficiency and a similar number saying they had reduced emissions as a result of digital adoption.

Verity Davidge, director of policy at Make UK, said: “Our economy is undergoing a profound digital transformation with the potential to transform our lives and economy, making it more productive, resilient, and sustainable. Those countries that are better prepared for these changes will benefit the most, with the companies increasing their investment powering through the challenges that lie ahead with greater productivity, better skill levels and reduced emissions.

“The key now is for manufacturers to unlock their potential on digital adoption which will be key if we want to invest and grow. In order to aid this process, government must protect vital support programmes which are key to enabling SMEs in particular along their digital journey.”

Andrew Kinder, senior vice president of industry and solutions strategy at Infor, added: “It’s encouraging to learn that those who have invested in digital technologies report that their investments have paid off and they felt better prepared to weather the storms. Looking forward, as smart products, automation and robotics are increasingly adopted, the data and insights these technologies drive out will yield yet further benefits for manufacturers who have put the digital foundations in place.”

But, with four out of five manufacturing firms now planning to boost digital investment over the next two years, there are growing concerns that a shortage of skills could hamper the drive to work smarter and greener. In response, Make UK is urging government to protect vital digital support programmes in the coming Spending Round. These include successful schemes such as Made Smarter and Help to Grow: Digital which would help SMEs in particular develop digital skills and practices.

In addition, to unlock greater innovation and ideas, Make UK is also calling on government to accelerate further private investment in R&D by expanding the R&D tax credit to include capital equipment within qualifying expenditure. According to Make UK, the current financial challenges and the increasing cost of energy are likely to drive this revolution even further, with the survey showing that manufacturers intend to increase their investment in digital technologies in the next two years.

As a result, more companies are moving to the ‘evolution’ stage of digital adoption which is where they are implementing changes to their processes, in particular to marketing, product design, manufacturing systems and finance. However, the survey also shows a third of companies say that the biggest inhibitor to more rapid digital adoption remains a lack of technical skills within the business. 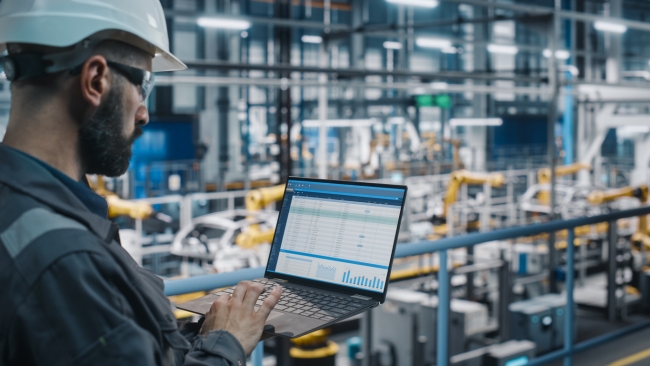 The research shows around 80% of companies plan to increase digital adoption in the next two years / Picture: Getty/iStock

Furthermore, the survey shows that, in contrast to fears expressed in some quarters that increased automation will lead to jobs being replaced, the increase in digital technologies is creating greater demand for jobs, increasingly of a higher skilled level.

More than a third of companies (37%) said that job opportunities had increased within their business, while more than four in ten companies (42%) said they needed higher level skills as a result.

However, by contrast, the perennial issue of access to skills is the main barrier to companies investing in and making the most of their investment in digital technologies. Almost a third (32%) of companies said that a lack of skills within the business for implementation was acting as a barrier, while a similar number (33%) said a lack of technical skills was holding companies back from maximising their investments.

To help maximise the digital potential of companies and boost the take up of fourth industrial revolution technologies, Make UK has made the following recommendations to government:

1 – Roll out Made Smarter across all regions: Government should commit to the full roll-out of Made Smarter and expand the scheme to include industrial decarbonisation as digital and green increasingly go hand-in-hand with digitising to decarbonise – a key focus for many manufacturers.

3 – Expand Help to Grow: Digital: This should be used to support those manufacturers aiming to use a complete package of systems and software.

4 – Establish a regional SME advisory service for digital adoption: Accept that the main delivery focus should be regional and appoint a lead delivery partner in each region to create consistency and level up. 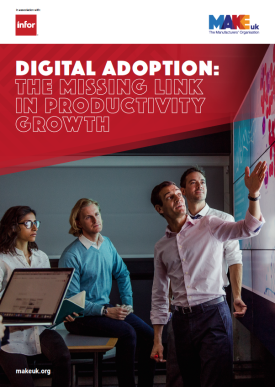