Rokbak factory in Motherwell invests for a sustainable future

Since its acquisition by Volvo Group in 2014, the Rokbak articulated hauler plant in Motherwell, Scotland, has made continuous investments to reduce carbon emissions and energy use, with a view to becoming carbon neutral by 2040.

After a rebrand in September 2021, Rokbak became the new name for Terex Trucks. Its off-road trucks have been made in Motherwell for more than 70 years and Rokbak is committed to securing the success of the plant for many more to come.

This involves creating powerful, reliable and high-performance haulers to meet customers’ needs, while constantly developing the skills of the people who make them and reducing environmental impact. Across all three, owner Volvo Group has given its full support, financing significant improvements through the Volvo Group Environmental Fund. 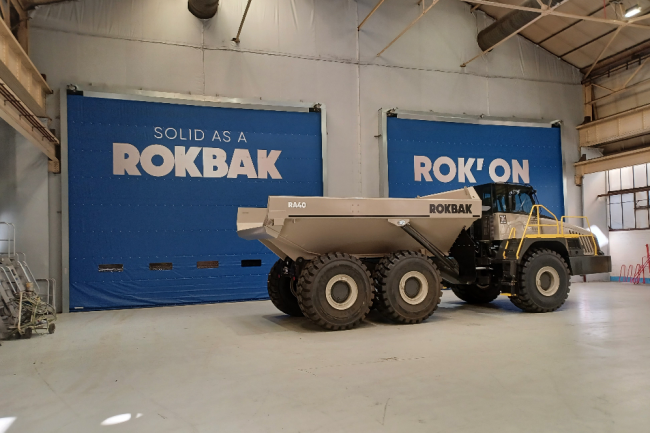 Rokbak has made a number of investments to reduce carbon emissions and energy use, with a view to becoming carbon neutral by 2040 / Picture: Rokbak

A first major step towards reducing carbon emissions came in 2019, when the Motherwell plant switched to a green tariff with its electricity supplier, including a Renewable Energy Guarantee of Origin (REGO) certificate to ensure all electricity delivered to the site genuinely comes from renewable sources. This change has reduced the plant’s carbon footprint by 900t per year.

The plant is also installing 54 submeters across the site, funded by Volvo Group, to give greater visibility over electricity use and empower teams to drive their own efficiency. The plant currently has visibility at a high level of how much electricity it is using, but not where and how. So the insight gained when the submeters become operational at the end of October will enable targeted action towards reducing unnecessary consumption.

The next big step for Motherwell is to tackle its natural gas consumption, which is primarily used for space heating. The admin building and some of the other annexes have already moved over from gas to electric heating and cooling, and there are plans for other areas to switch to electric-powered systems in 2022. That will leave the factory and the warehouse to go, which will also require new roofing and insulating cladding. 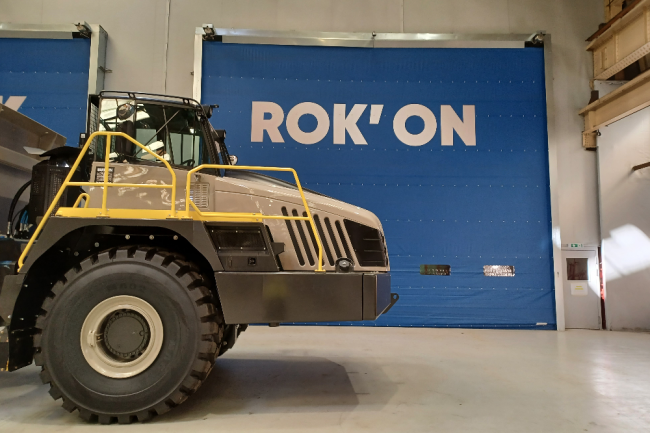 Rokbak is the new name for Terex Trucks, following a rebrand in September 2021 / Picture: Rokbak

Improving the here and now

Until this long-term project can be completed, the plant has implemented two key measures to reduce gas use in the factory and warehouse. First, the factory has been compartmentalised. Whereas five years ago it was one large building, fire-retardant curtains now partition off smaller areas that are easier to heat. Volvo Group is also funding the replacement of the large, corrugated metal roller doors that, because they had to be manually winched up, were often left up or partially open, allowing heat to escape. The new roller doors with motion sensors automatically move up and down quickly to reduce heat loss.

Furthermore, the plant is about to finalise a contract for green gas, which comes from landfill, food processing or composting sites. It is difficult to quantify the carbon reduction this switch will achieve, but it is another step in the right direction. The plant is also finalising a contract to replace its forklift trucks with electric models, which will save about 75t of CO2 per year.

All these changes fit into the larger context of Volvo Group’s environmental mission. For many years, the company has sought to reduce energy consumption through the WWF Climate Savers program, and in November 2020, Volvo Group became one of the first big equipment manufacturers to sign up to the Paris Climate Agreement. Volvo Group has committed to reducing operating emissions by 50% by 2030 and achieve net zero by 2040. The Motherwell plant is working on its own local road map to meet these global targets.

Karen Anne Duffy, HSE & sustainability manager for the Motherwell plant, said: “These are tough targets but I believe they are achievable. Volvo has shown its willingness to invest, and our staff and customers are also keen to do their bit. Our future depends on it.” 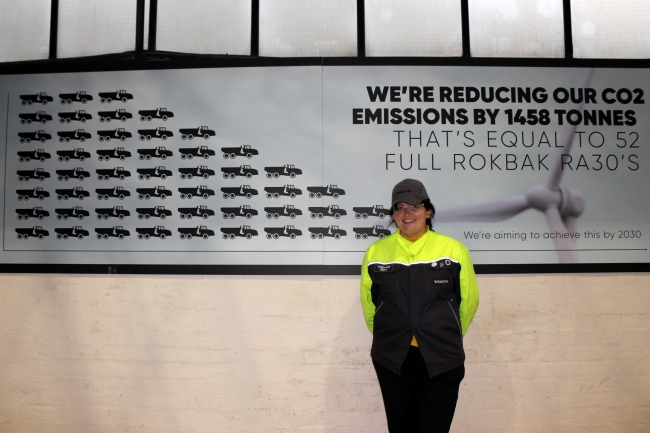