Britain’s manufacturers are calling on the Government to scrap the English Baccalaureate (Ebacc) and rebrand Design & Technology (D&T) currently taught in schools as part of a massive effort to boost vocational education take-up and develop more young people with the skills and knowledge required to fill STEM skills gaps. 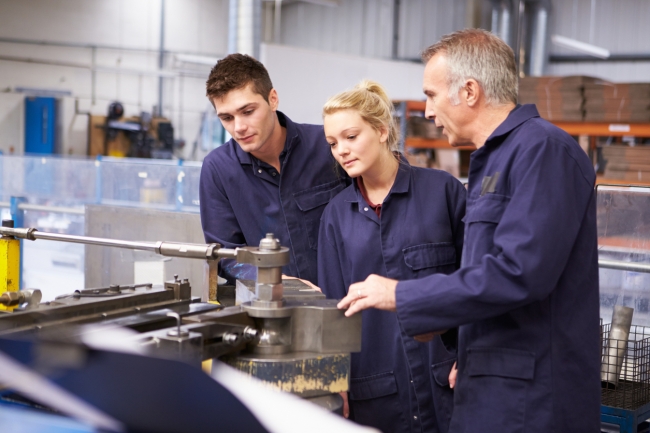 The report highlights a need to rebrand Design & Technology currently taught in schools as part of a massive effort to boost vocational education take-up / Picture: Getty/iStock

According to Make UK and Semta a renewed emphasis on Design & Technology in schools is essential not to just to fill current skills gaps but to fuel the pipeline of future students taking STEM subjects.

This will be essential if Government is to meet its target as part of the ‘people’ element of the industrial strategy which will require the creative skills of the future in subjects such as robotics, artificial intelligence and virtual reality.

Tim Thomas, Director of Employment & Skills Policy at Make UK, said: “The Government’s Industrial Strategy is a critical blueprint in shaping the future of the UK economy, and how we address fundamental challenges we face as a society. The world of work will be very different in the future and, as a result, the education system has to adapt to reflect this.

“However, far from fuelling the future talent pipeline with new skills in new technologies, the introduction of the English Baccalaureate has had a negative effect on the numbers of students studying Design & Technology in schools today. Given the pace of technological change, and the influence of design in all aspects of the rapidly changing world around us, Government must re-think its strategy towards the teaching of these vital STEM-based subjects as a matter of urgency.”

Ann Watson CEO of Semta, added: “With the requirement for 60,000 new entrants into the engineering and manufacturing sector each year, it is of paramount importance that we look to address how we can support and introduce young people into engineering, whilst providing inspiration, for them to realise the breadth of opportunity that the sector can provide.

Furthermore, whilst not quite as pronounced a similar trend exists at A level where the number of students taking D&T fell from approximately 18,000 to 11,000 in the same period. 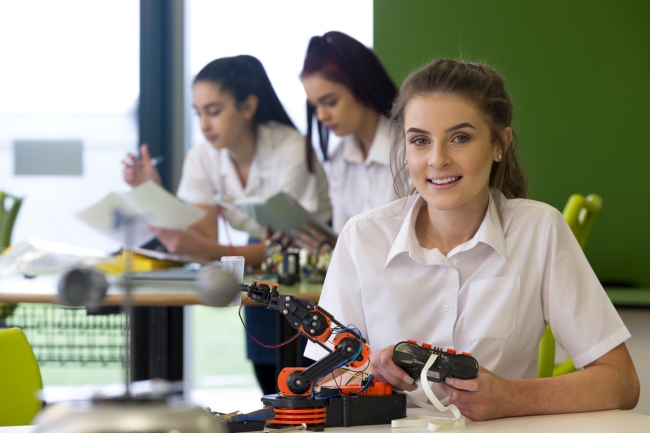 The number of students taking D&T at GCSE fell by almost two thirds (62%) between 2008 and 2018 – the fall in the number of female students was especially pronounced / Picture: Getty/iStock

The fall in numbers at both GCSE and A level is especially pronounced in the number of female students. This is a critical factor at a time when the UK already has the fewest percentage of female Engineers in Europe and needs to widen and boost female participation in all branches of engineering and technology-based industries.

According to Make UK and Semta the fall can be attributed to a number of factors. In particular, the introduction of the Ebacc marked a return to a more traditional, purely academic focused curriculum. This has led to the status of D&T being downgraded. This has been compounded by an increasing shortage of specialist teachers which, in turn, has made schools not only less likely to offer D&T as part of the curriculum but also less likely to invest in the equipment required to deliver the subjects.

1 – Scrap the Ebacc policy which has had a detrimental impact on the take up of creative subjects, such as D&T, and which is not developing the skills and knowledge required to fill the skills gaps manufacturers report.
2 – Rename D&T to Design, Technology & Engineering (DTE), to reflect a modern, future-focussed, curriculum and the growing importance of practical skills in the world of work. New technology and techniques are of growing influence globally, and the education system should reflect this change.
3 – Offer schools incentives to invest in DTE equipment and capital. Equipment for practically based subjects costs significantly more compared to academically based subjects, and schools should be incentivised to equip themselves with modern capital technology. Similar incentives should exist for them to work collaboratively with both local employers and also colleges and training providers who have staff and equipment which could be shared.
4 – To address the shortage of specialist teachers Government should encourage more people in industry to retrain and become teachers as part of the new recruitment and retention campaign. Those already in industry will be able to bring the DTE curriculum to life and inspire the next generation of creators, innovators and makers to help boost the talent pipeline. 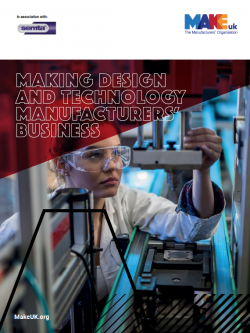