Study: Majority of manufacturing businesses failing to deal with menopause in the workplace

British manufacturing businesses will continue to lose skilled workers if they continue to disregard the significance of how menopause symptoms, such as joint pain, hot flushes, memory loss, fatigue and anxiety, can dramatically impact performance in the workplace.

The urgent wake-up call from employment law specialists at Irwin Mitchell follows a menopause survey it commissioned with YouGov.

The study of 159 HR decision makers working across British manufacturing businesses found that only one in five (20%) employers consider menopausal symptoms during the performance reviews of female staff. This is despite it being widely accepted that the effects of the menopause can be debilitating for a woman’s physical and psychological wellbeing. Symptoms have a huge impact on a women’s confidence in work, lead to periods of absence or even resignations. The survey also found that 71% of organisations in the sector which were surveyed don’t currently have a menopause policy. 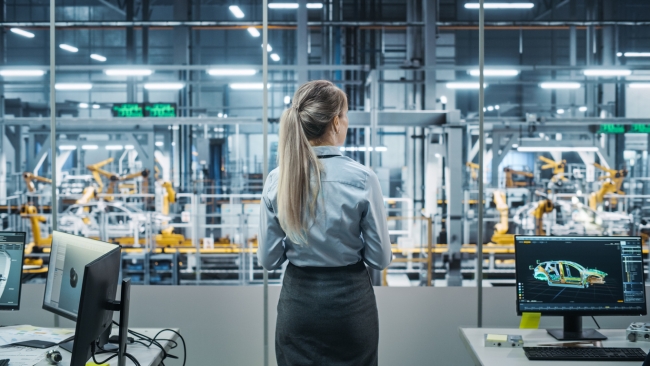 Irwin Mitchell’s YouGov survey has revealed a lack of menopause action amongst manufacturers and its lawyers have issued a wake-up call about the risks of losing experienced employees / Picture: Getty/iStock

According to Irwin Mitchell, not only is this lack of action compounding the current skills shortage by forcing women out of their careers, it will make it more difficult to attract new employees. Lawyers also warn that it could result in businesses facing costly discrimination claims in the future.

Jenny Arrowsmith, an employment law partner at Irwin Mitchell, said: These are disappointing results and when you consider that menopause is an issue which affects the fastest-growing demographic in the UK, namely women aged 50-64, it’s clear businesses must do more. It’s about time that menopause is openly discussed as a health and work issue and for employers to demonstrate that they take it seriously. Establishing a menopause policy is a simple and valuable starting point.

“Not only does a menopause policy help to promote positive change within an organisation, it sets a framework for evidencing how the organisation will approach conversations about the menopause, what support affected employees can expect to receive and where they can access additional help. In doing so, it reduces the risk of costly disputes.

“There has been a significant rise in the number of employment tribunals where menopause is mentioned over the last 2 to 3 years and as awareness of this issue grows, we expect to see complaints increase further. Our survey demonstrates that there is a considerable amount of work still to do. This risk will increase if additional legal protection is given to those who have significant menopausal symptoms, which is something the Women and Equalities Committee are considering.

“Organisations that have woken up to the issue and are aware of the challenges that women face when going through the menopause are in a much stronger place to attract and retain colleagues  who are often at the peak of their experience and have many more productive years ahead of them.” 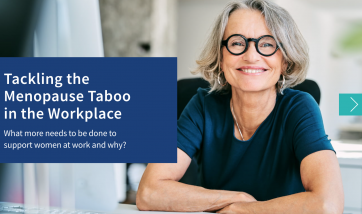 **All figures, unless otherwise stated, are from YouGov Plc.  Total sample size was 1025 HD decision makers. Fieldwork was undertaken between 10th – 28th February 2022.  The survey was carried out online.