This week’s roundup sees Ginetta reveal plans for an all-new British built supercar, Wyke Farms doubles capacity with a new dairy investment, plus this isn’t just any recycling scheme, this is an M&S recycling scheme… 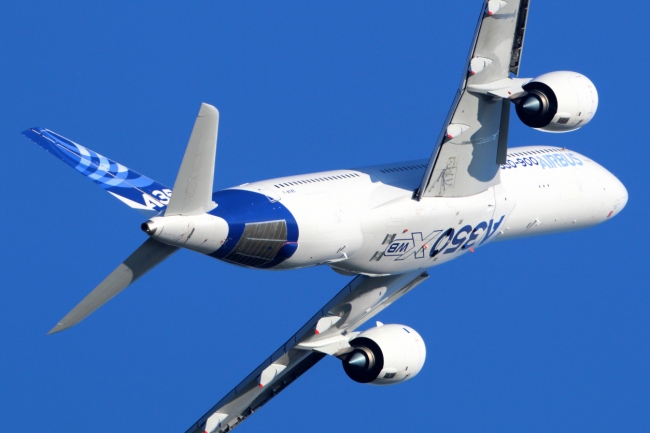 Global aircraft deliveries in 2018 reached a new annual record for the eighth consecutive year, with 1,618 aircraft delivered, an increase of 120 from 2017. The growth in deliveries recorded by the world’s major aircraft manufacturers in 2018 made last year’s the highest proportional increase for five years at eight per cent. Rising global production was driven by a 12 per cent rise in single aisle aircraft deliveries to more than 1,200. Demand around the world for new aircraft remains strong, with the total backlog of orders reaching a new record at 14,385 aircraft. UK manufacturers contribute major components like wings, engines, landing gear and avionics for the world’s major aircraft manufacturers, with more than 120,000 people in the UK directly employed in the industry and tens of thousands more in roles supported by it. While the UK aerospace sector has grown substantially in the last decade in step with expansion in global aerospace production – and in related activities including servicing and maintenance – there are fears growing over the impact that a no deal Brexit could have on continuing growth.
Read more 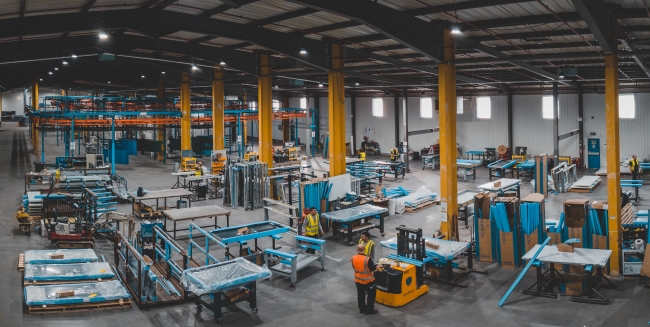 Leading UK manufacturer of steel doors and physical security solutions, Bradbury Group, has announced its move into their new headquarters in Scunthorpe, North Lincolnshire, totalling an investment of around £8 million. The new 135,000 sq ft production facility is an integral part of a mass expansion plan to be rolled out by the company, which is now in its 28th year of production. As part of the expansion, the company have invested several million pounds into new state-of-the-art machinery, including a new Salvagnini punch form line and a new fully-automated powder coating paint line. The Bradbury Group has grown exponentially over the years, and now operates across three divisions: steel door manufacturer Bradbury Security; Newton Security Doors, based in Scotland specialising in communal entrances in the public and housing sectors; and Martin Roberts, who have installed doors in some of London’s most iconic skyscrapers, including the Gherkin, the Walkie Talkie and the Cheesegrater. The Bradbury Group currently employ over 200 staff, most of which are local to the area of the new premises, and with further expansion on the horizon, Bradbury Group is positive that greater employment opportunities are sure to arise. Recently, the company have also been developing its export programme, and have built a strong presence in the Middle East.
Read more

Ginetta has confirmed that an all-new supercar is on the way. Due to be revealed later this year, the car will be hand built at its state-of-the-art factory just outside Leeds in West Yorkshire. Full details will be announced in the coming months, with highlights including a carbon fibre tub chassis, full carbon fibre body, race derived 600+ bhp naturally aspirated V8 alloy engine designed and manufactured in-house, sequential gearbox and race-derived aerodynamic package. Ginetta has a long history of manufacturing lightweight, high-power road cars to production based race cars such as the G55 GT4 (producing almost 400 to date, more than any other global manufacturer) and competition cars for the highest level of prototype racing.
Read more 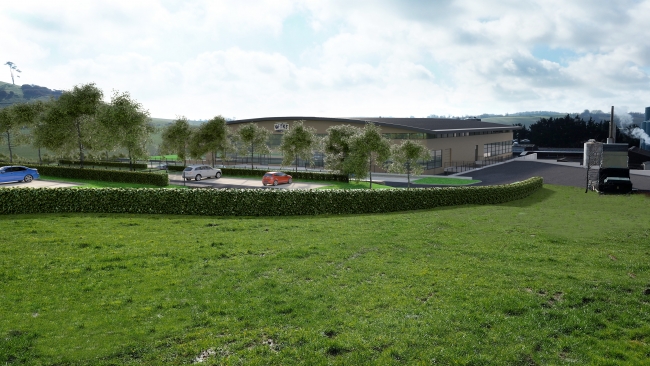 Wyke Farms, the UK’s largest independent cheese producers and exporters, has been granted planning permission to re-build their Bruton based dairy, doubling the capacity. The redevelopment is part of the company’s five-year plan for growth which is underpinned by increasing volume and the strategic targeting of specific regions worldwide. The company’s audited accounts for y/e March 2018 show that turnover has risen to a record breaking high of £85 million; a significant 26% increase from the previous year with significant investment into world markets and a growth plan aimed to push the business to a £100million turnover this financial year. The new dairy expansion project will be both energy and water efficient and sympathetic to the surrounding environment, with soft landscaping and a natural grass roof. The investment will build a sustainable long-term future and build sufficient infrastructure for servicing increased sales of award winning cheddar in both the UK and export markets.
Read more 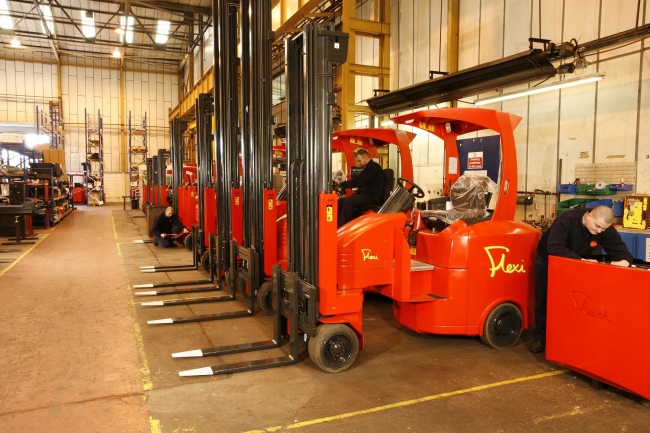 Narrow Aisle, manufacturer of the Flexi range of articulated forklift truck-based intralogistics solutions, has announced a major investment strategy that will allow the company to significantly increase output at its UK production site over the next three years. The extra capacity is required to meet the sustained and growing demand for Flexi trucks from third party logistics specialists as well as own-account warehouse operators across a diverse range of industry sectors – both in the UK and worldwide. Narrow Aisle began warehouse truck manufacturing operations in Great Bridge, Tipton, in the late 1970s. The current Victorian-era site was earlier used for the production of industrial railway engines and steam-powered narrow boats. The planned refurbishment work at Great Bridge will ensure that many of the building’s original structural features are maintained but the modern factory will optimise quality and production processes. The project will also include the overhaul and extension of the site’s production and spare parts operation, to allow an increased stock handling and pick and pack capacity to provide same-day dispatch of spare parts to UK and overseas distributors. In addition, loading facilities are to be upgraded to deliver extra capacity for sea-containers into which Flexis are loaded for shipment to overseas clients. The company currently exports to over 60 countries worldwide and international sales now account for some 40% of Narrow Aisle’s business.
Read more

#Hyperbat will be the UK’s largest independent battery manufacturer. The joint-venture between @WilliamsAdvEng and @UnipartMfg will supply battery packs to @astonmartin for its electric vehicles. Watch the full story here: https://t.co/U1dydkqiAL #NationalStorytellingWeek #UKMFG pic.twitter.com/zxXudqEN5O

Japanese-owned automotive supplier G-TEM to open £20m factory in Gloucestershire later this year – the manufacturer currently employs 500 people in the region and a further 150 jobs are set to be created at the new 120,000 sq ft facility https://t.co/xoMaKCJ4vq #UKmfg #GBmfg🇬🇧 pic.twitter.com/T7exRahusf

It was a close call selecting a winner from such a fantastic group of #apprentices who all are brilliant role models for young apprentices in #manufacturing! #GBmfghttps://t.co/5Nagc9JWf0 pic.twitter.com/rl4bgAtfRX

A great day celebrating 100 years of British Manufacturing here in Leeds #UKmfg #GBmfg with a visit from the @LordMayorLeeds pic.twitter.com/guLbFK4iab

1. Lotus and Williams partner to develop ‘Omega’ hypercar / via @autocar

Lotus has announced a collaboration with Williams Advanced Engineering to develop and research “advanced propulsion technologies”. The announcement comes after Autocar exclusively revealed a £2 million electric hypercar was under development by the Norfolk-based brand last month. The full extent of the partnership is yet to be detailed, but Lotus will be leading the development of the car itself to ensure that it meets the brand’s standard of structural lightness. Williams will focus on the EV powertrain necessary to give it an expected four-figure power output, which is needed to take on the current crop of hypercars at this price point.
Read more

Great Malvern is famous for Victorian tourism and bottled mineral water, but now it’s at the forefront of UK cyber defence. Is this Britain’s most unexpected cybersecurity hub?
Read more

3. Electric vehicle wins car of the year award for first time / via @itvnews

A prestigious ‘car of the year’ award has been given to an electric vehicle (EV) for the first time. The Kia e-Niro was given the title by car-buying magazine and website What Car? at its 42nd annual awards ceremony. The award comes after alternatively fuelled vehicles – such as plug-in hybrids or pure electrics – increased their share of the new car market from 4.6% in 2017 to 6.0% last year. The market share for diesels fell from 42.0% to 31.7% over the same period, whilst petrol cars saw their market share rise from 53.4% to 62.3%. What Car? editor Steve Huntingford, said: “The demand for electric cars has grown exponentially in recent years, and 2019 is shaping up to be the biggest year yet. Most of the leading manufacturers have plans for new EVs, and the fact that the Kia e-Niro was able to beat all its petrol and diesel rivals to win the 2019 What Car? Car of the Year award shows how far this technology has developed.”
Read more

1. M&S launches take-back initiative to give plastics a new purpose / via @BritishPlastics

M&S is launching a new initiative, which will enable customers to bring back non-recyclable plastic packaging. Customers can drop a variety of plastic packaging in M&S’s new recycling bins, including black ready meal trays, crisp packets, sauce sachets and certain cosmetics containers, all of which aren’t currently recycled by local councils and typically end up in landfill. The retailer has pledged to give collected plastic a new life by recycling it into store fittings, furniture and playground equipment for schools. Initially, the scheme has been launched in Food and Beauty Halls at M&S Tolworth, Cribbs Causeway, Westfield Stratford, Waterside, Loughton, Bluewater, Fosse Park and Peterborough. The retailer will roll-out the bins to M&S stores nationwide by the end of 2019, which will be made from recycled plastic collected through the first eight stores.
Read more

2. What else could the £4.2 billion Brexit contingency fund be spent on? / via @ConversationUK

Since the 2016 referendum result, the government has budgeted £4.2 billion for Brexit preparations, including £2 billion recently added for no-deal planning. To put the money spent on Brexit planning in perspective, the government’s total managed expenditure for 2018-19 is estimated at £812.8 billion. Consequently, it’s a relatively small amount. Plus, no-deal Brexit planning is intended to be a one-off expense. Nevertheless, it is worth asking what else this money could be spent on, particularly as the government has repeatedly stated that it wants to avoid a no-deal Brexit and so the added £2 billion would be unnecessary if the government’s plans are successful.
Read more