This week’s roundup sees Rolls-Royce Motor Cars achieve its highest ever annual sales, production of Toyota’s new Corolla model officially begins at their Derbyshire plant, plus why cyber-risk has moved to the top of the CFO’s agenda… 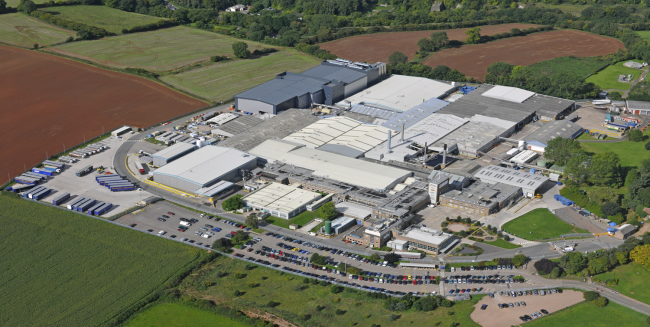 Japan-based Suntory Beverage & Food is investing £13m in its UK-based subsidiary Lucozade Ribena Suntory, which will see a new, high-speed bottle filler installed at its factory in Coleford, Gloucestershire. The new filler will produce 1.3 million bottles a day and will be instrumental in increasing productivity and efficiency at the factory. Using the latest technology, the new filler will also support the company’s global sustainability strategy by reducing the amount of water and energy used during the manufacturing process. The amount of water and energy required to produce each bottle will be reduced by 40%. The installation of the new filler is set to commence in spring 2019 and is expected to be fully operational by the end of the year.  Chris Kane, supply chain operations director at Lucozade Ribena Suntory, said: “We see our Coleford factory as the heartbeat of our UK operations and we are proud that it is one of the most efficient factories across the globe. Our parent company, Suntory Beverage & Food recognises this status and their £13m investment is a vote of confidence in our UK and Gloucestershire operations, ensuring Coleford continues to be a best-in class site for years to come.”
Read more 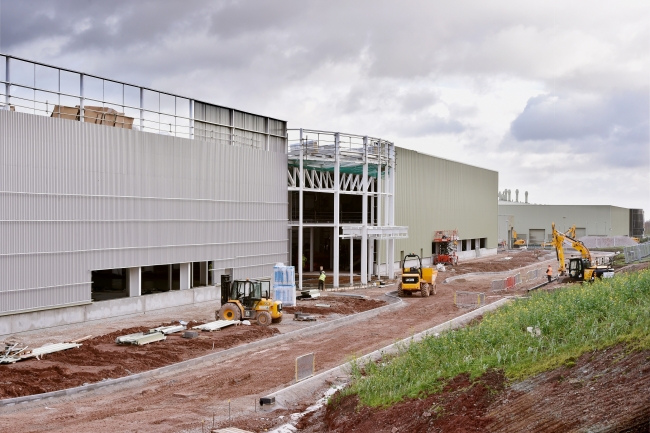 Construction work on the new £50m JCB Cab Systems factory is forging ahead as it targets a summer opening. The shell of the 350,000 sq ft plant, situated next to JCB Heavy Products and the World Parts Centre at Uttoxeter, is on course to be completed slightly ahead of schedule ready for high-tech production line facilities to be installed from March onwards. The investment, one of the biggest in the company’s history, will create the most advanced and productive cab facility in the world with a computer controlled production line, fully-automated painting facility and robotic welding. The new site will accommodate 400 employees who will relocate from Rugeley.
Read more

3. Why 2019 will be the year manufacturers turn challenges into opportunities 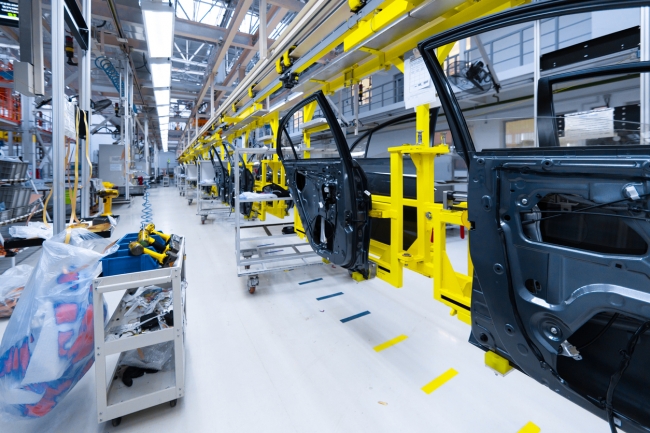 2018 was a year of transformation all round within UK manufacturing. We have seen the world’s economy shift. We have seen uncertainty in the markets brought about by various tariff wars. Nevertheless, as the Epicor Growth Index has shown, we have seen businesses continue to find ways to grow. Given this changing landscape, the task of looking ahead and pinpointing what lays ahead seems a trickier task this year than ever before. It certainly feels like 2019 will provide businesses—and manufacturers in particular—with some challenges. Crucially however, if businesses put the right technology to work, these challenges can very quickly become opportunities, as Mark Hughes from Epicor explores.
Read more 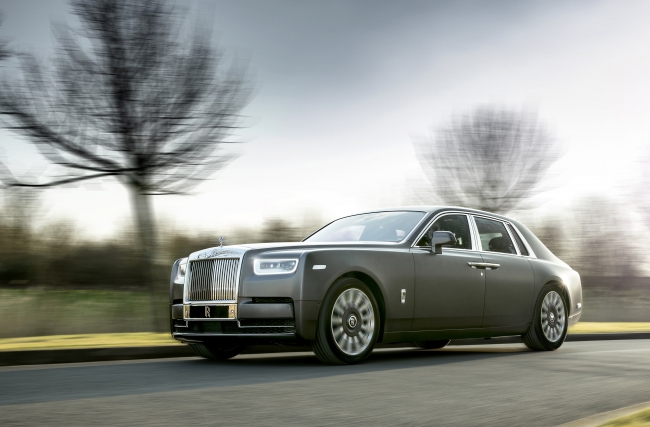 Rolls-Royce Motor Cars has achieved the highest annual sales in the marque’s 115-year history, with 4,107 cars delivered to customers in over 50 countries around the world in 2018, and continues to generate a positive contribution to its shareholder, the BMW Group. In a year of multiple records, the world’s foremost luxury house also enjoyed unprecedented demand for its bespoke creations, and launched the new Cullinan – the Rolls-Royce of SUVs – to great international acclaim. To meet growing worldwide demand for its products, Rolls-Royce Motor Cars employed 200 new associates, mainly in skilled manufacturing roles, during 2018. These new appointments mean the total workforce at the Home of Rolls-Royce now exceeds 2,000 people for the first time since the plant opened in 2003. The year also saw a record intake of 23 new entrants to the company’s highly successful Apprenticeship Programme.
Read more 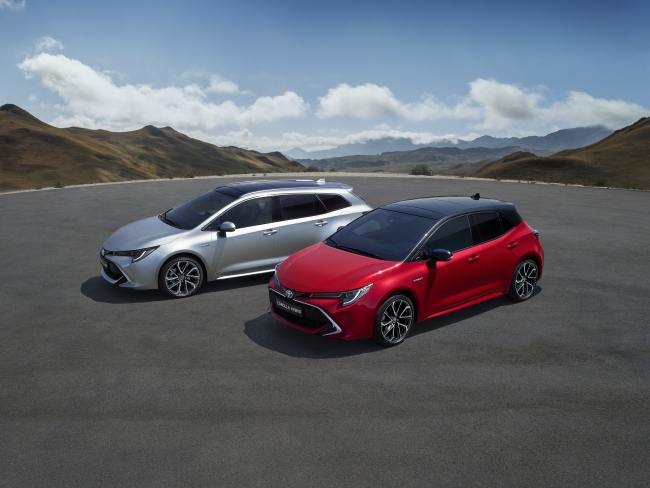 Toyota has officially started production of the all-new Toyota Corolla Hatchback and Touring Sports wagon at the Toyota Manufacturing UK (TMUK) car plant at Burnaston in Derbyshire, following a £240m investment programme in its UK manufacturing operations. TMUK is the exclusive European production centre for these new models, which will be strong contenders in the highly competitive C-segment compact hatchback and wagon market. Marvin Cooke, TMUK Managing Director, said: “This is a proud day for everyone at TMUK, making the new TNGA Corolla is a major milestone in our production history. This is a real sign of confidence in the capabilities of our workforce and in TMUK as a centre for world-class manufacturing. We will continue to deliver the highest level of quality products to our customers.” The new Corolla will be the first Toyota model in Europe to offer customers the choice of two hybrid powertrains: an upgraded 1.8 litre engine that is manufactured at the Toyota Deeside engine plant in North Wales, and a new powerful 2.0-litre hybrid powertrain. The new Corolla Hatchback and Touring Sports wagon will be launched commercially across Europe from February 2019.
Read more

Build it in Britain🇬🇧!! Ineos Automotive to confirm next month the location of its new 4×4 car plant, set to create 500 jobs. Ford’s Bridgend plant is up against Portugal in a bid to be chosen for the project https://t.co/HnWTKK4WGJ #UKmfg #Wales #GBmfg pic.twitter.com/yd4xlN9lbf

Airbus to ramp up production of the A220 aircraft series after a record breaking year, generating more work for Bombardier’s Belfast plant, where the wings are made https://t.co/vlGrgE2y94 #UKmfg

The world’s longest aircraft is to go into full production with a model that will take its first paying passengers. It comes after the prototype £32m Airlander 10 – a combined plane and airship – was formally retired following successful final testing. As a result, Bedford firm Hybrid Air Vehicles (HAV) has been given Production Organisation Approval from the Civil Aviation Authority (CAA). It is now hoped the full commercial model will take to the skies with its first paying passengers “in the early 2020s”.
Read more

2. Cyber-risk moves to the top of the CFO’s agenda / via @raconteur

While the clue is in the job title and managing the company’s finances is certainly the primary role, there’s more to the modern CFO than just balancing the books. Sure, managing cash flows and overseeing budgetary planning remain central to the CFO role, but times are changing and CFOs must change as well. Responsibility for financial risk management is increasingly expanding into the more strategic realm of cyber-risk management and regulatory compliance responsibility is embracing more than just ensuring that accounting checkboxes are ticked. With most organisations now in a state of perpetual change, driven by the need for true digital transformation that profoundly touches upon every aspect of the business, the C-suite has high expectations of what the CFO must deliver. The case for a cyber CFO is strong as financial chiefs are immersed in a business world threatened by cybercriminals.
Read more

3. Manufacturing is actually a huge success in the UK, says Ross Clark / via @Daily_Express

It’s not hard to find good news stories about British industry, if only you are prepared to look beyond the false narrative that Brexit has ruined the economy, as Ross Clark explains.
Read more

Guardian readers have been opening their weekend paper to find supplements wrapped in a compostable material made from potato starch. The paper says it ditched its polythene covers after feedback from readers. Advice on the wrapping says it should not be recycled but disposed of on a compost heap or in a food waste bin. The change, which the Guardian says will increase its production costs, has been introduced in London, Kent, Essex, Hertfordshire, Norfolk and Suffolk. It plans to phase in the new wrapping across the whole of the UK over the coming months. Other publications have already moved to potato starch wrapping, including the New Internationalist and the National Trust members’ magazine, but the Guardian says it is the first national newspaper to do so.
Read more

2. Opinion piece: View from a nobody

One West Midlands-based rivet manufacturer shares their view on the events surrounding Brexit and what the coming weeks and months may bring.
Read more