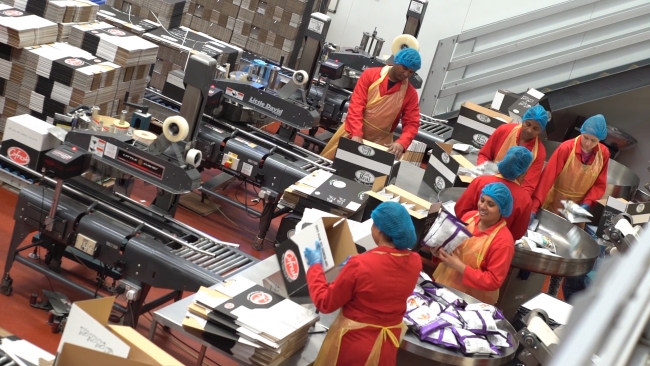 Leicester-based Cofresh Snack Foods has announced the acquisition of an additional food production and warehousing facility to cater for significant growth and expansion. An investment of approximately £20m over the next 18 months will enable Cofresh to split its snack production between two sites and increase annual turnover to more than £100m. The company’s current site in Leicester will continue to specialise in traditional Indian snacks while the new facility, on a seven-acre site in Nuneaton, will be dedicated to the manufacture of its Eat Real ‘healthier snacking’ brand to cater for the growing demand for ‘free from’ snacks. Cofresh is planning to extend its Nuneaton site from 140,000 to 180,000 sq ft, bringing the company’s total production and warehousing ‘footprint’ to just under 400,000 sq ft. Cofresh Snack Foods is a long-established Leicester business. Since 1974, it has manufactured traditional and authentic Indian snacks and is now the UK’s No. 1 Indian snack brand.
Read more 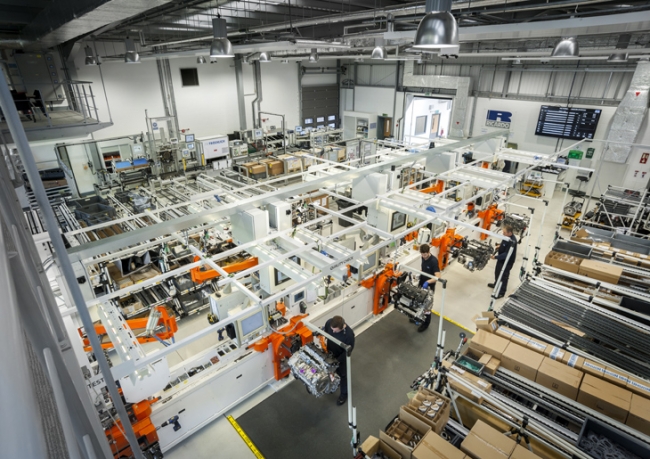 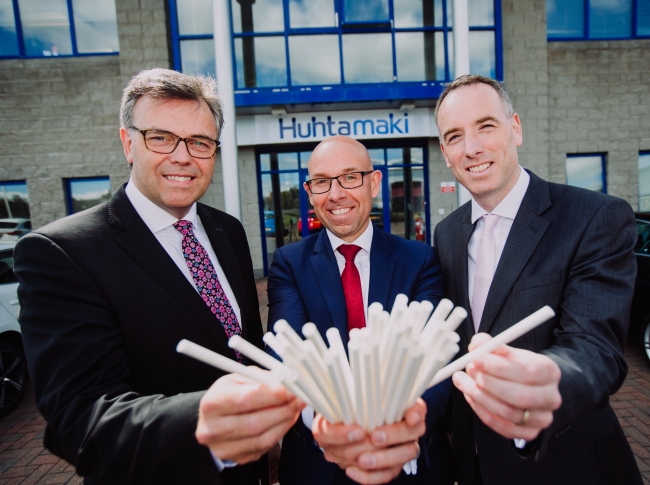 Global food and drink packaging specialist, Huhtamaki, has opened its new, state-of-the-art foodservice packaging manufacturing facility in Northern Ireland. The facility is located in Antrim and is expected to employ approximately 100 people over the next few years. With the new facility, Huhtamaki now has three manufacturing sites in Northern Ireland collectively employing around 560 people. The Antrim facility operates initially as a dedicated paper straw manufacturing site, but going forward, Huhtamaki plans to expand the range of products manufactured at the site to other paper-based product categories. 100% of the paper used for the straws and wrapping comes from sustainably managed forests. Huhtamaki plans to expand paper straw manufacturing to further manufacturing units in Europe during 2019.
Read more

According to the latest monthly CBI Industrial Trends Survey, manufacturing output growth remained broadly steady in the three months to May, while stocks of finished goods were reported as significantly “above adequate”, at their highest balance since the financial crisis. The survey of 279 manufacturing firms revealed that output growth was predominantly driven by the mechanical engineering, chemicals, and food, drink & tobacco sub-sectors. However, manufacturers expect output volumes to be roughly flat in the next three months. Order books further deteriorated compared with the previous month. Total orders reached their lowest balance since October 2016, while export orders worsened to a balance not seen since July 2016. Nonetheless, both were broadly in line with the long-run averages. Anna Leach, CBI Deputy Chief Economist, said: “These results provide further evidence that manufacturers have been stockpiling at a rapid pace as part of their Brexit contingency plans. When combined with a sharp decline in order books, it’s clear why manufacturing firms are so keen to see a swift end to the current Brexit impasse.”
Read more 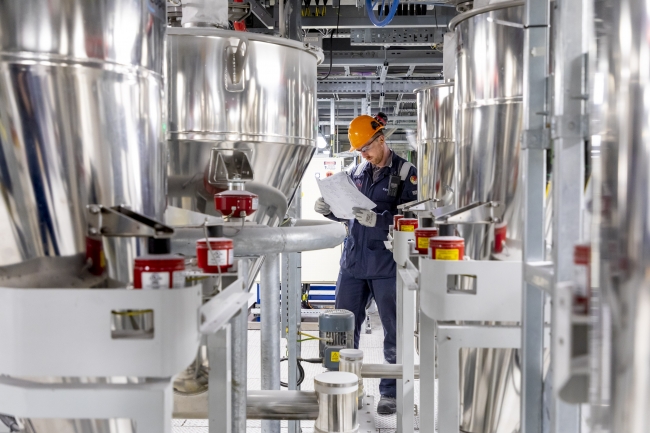 250 jobs safeguarded and the future of @generalelectric‘s Rugby factory secured as it wins major MoD order for Type 26 Frigate motors – GE had previously announced the site’s closure with its work being relocated to Nancy in France https://t.co/8YeHVK7KlL #UKmfg #GBmfg🇬🇧 pic.twitter.com/mbam4TbCYP

So today we made another investment here at Bosworth Plastics, we replaced a 21 year old Boy machine, with a new Zizumi. Excellent service from all at @STVmachinery and RJC pic.twitter.com/CZqskIEAV0

#DidYouKnow 40% of small satellites in orbit are built in the UK? @spacegovuk has today launched a competition allowing future spaceports to apply for a share of £2m to develop horizontal #spaceflight in the UK 🚀

👇Watch with sound on 🔊 pic.twitter.com/N892qSAdkQ

Elizabeth Donnelly @CEOofWES offers solutions to increasing no. of women in engineering –

It was great to meet @USAmbUK at our event, which marked the milestone 500th aft fuselage delivery. We were proud to introduce him to the people who deliver the aft fuselage of every jet in @thef35 fleet as we ramp up peak production.https://t.co/y7CNwMXhRm pic.twitter.com/6Czs2KNd16

1. Leyland leaves past behind to show UK could become more productive / via @guardian

Once part of the sprawling British Leyland automotive empire that epitomised Britain’s industrial decline in the 1970s – a model of corporate failure, disrupted by strikes and uncompetitive on the world stage – the old truck division in the town of the same name, a handful of miles from Preston, now contributes to the strongest growth in economic efficiency in the country. Britain has a problem with improving productivity. Perhaps this corner of the north-west, once symbolic of Britain’s industrial nadir, has some answers.
Read more

2. Unilever to use ‘detectable’ black plastic in packaging / via @letsrecycle

Consumer goods company Unilever is to use a ‘detectable’ black pigment in plastic packaging for its TRESemmé and Lynx cosmetic product brands, to enable the material to be sorted for recycling in MRFs. The development has the potential to remove around 2,500 tonnes of plastic from the waste stream each year.
Read more

3. Who are the villains of the British Steel crisis? / via @NilsPratley

You can choose your villain in the British Steel crisis. The government has dithered for years about the future of steelmaking in the UK and has stumbled from one crisis to another. Or blame the unresolved Brexit pantomime in Westminster. Or point to the company’s private equity owner, Greybull Capital, whose past calamities include Monarch Airlines and electricals chain Comet. There’s truth in all versions. What remains though is that the future of British Steel is in the balance, and with 5,000 jobs at risk and 20,000 at risk in the supply chain, its survival is crucial.
Read more

1. One year on, has GDPR improved brand experience? / via @MarketingWeekEd

As we approach the first anniversary of the General Data Protection Regulation (GDPR) coming into force, most consumers don’t feel any better off, and nearly a fifth believe their experience with brands has actually got worse, according to research commissioned by Marketing Week.
Read more

It’s rare these days to meet genuine heroes, let alone to be privileged to call them a friend, but Andreas Niklaus Lauda was just such a man. Veteran F1 journalist David Tremayne pays a personal tribute to three-time Formula 1 world champion Niki Lauda, who passed away aged 70.
Read more