Make UK says manufacturers want the government to adopt a special approach to how the manufacturing sector can spend its left-over levy funds, currently expiring and going to waste. They are asking to be able to spend those funds – which amounted to nearly £2bn last year – to pay the wages of new apprentices, a move which it says would allow a significant boost to new young recruits into the sector.

Manufacturing has already been officially recognised as a growth sector by the government, and the sector is ideally placed to help deliver a promise of more good quality jobs in those left-behind areas of the country where the Prime Minister has pledged to focus his levelling up agenda.

With a high proportion of manufacturing companies based in the Red Wall areas of Britain, manufacturing can create more high wage, high-value job opportunities to help the UK level up. The sector already delivers wages higher than the rest of the economy with 2.7 million jobs countrywide. This sits alongside a £191bn contribution to national output with massive growth potential and agility in the sector to expand. 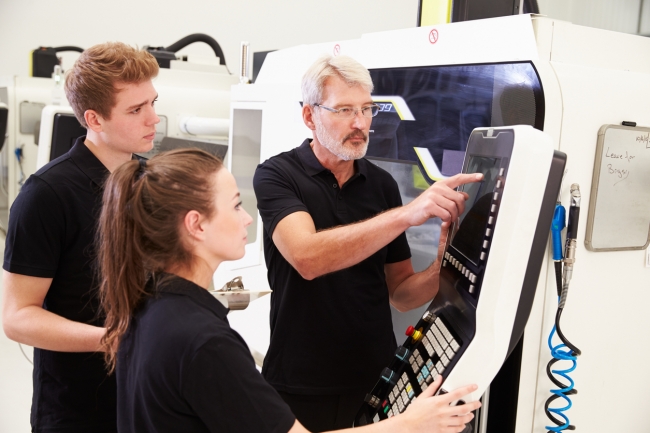 In spite of last year’s pandemic, 47% of manufacturers still managed to recruit an engineering or manufacturing apprentice, but only 45% say they plan to do so in this coming year. There remains untapped potential with almost a fifth considering taking on an apprentice in the next 12 months.

Jamie Cater, senior policy manager at Make UK, said: “With a bit of flex in the levy spending arrangements, manufacturers could do even more in terms of building the workforce of the future. Manufacturers are telling us they are keen to take on more apprentices to fill the skills gap which would in turn allow businesses to grow and help level up regions. During the pandemic, manufacturers showed the amazing agility of the sector, with many switching production lines almost overnight to produce vital PPE products for the NHS and the sector is ripe for further expansion.

“Currently an average four year engineering apprenticeship can cost a business up to £120,000 to deliver, yet just £27,000 of that cost is currently claimable from levy funds. The system as it currently stands often leaves companies struggling to pay an apprentice, leaving their levy contribution unspent.

“Government has already recognised manufacturing as a growth sector, so allowing businesses to recruit an increased number of apprentices with the flexibility to support them financially by using their excess levy funds for wages. A special targeted approach to levy funds would go a long way to allowing manufacturers to deliver even more high-wage, high-value job opportunities across the UK.”