Wellington Engineering, a Southern Powerhouse investing for the future

Inside the M25 is not known for manufacturing activity but Wellington Engineering is making a virtue of its location.

Situated beneath the Heathrow flight path in Hayes, West London, Wellington Engineering is a company which is making a real name for itself in subcontract machining.

Set up by Chic Wellington in 1982, Wellington Engineering is currently led by Chic’s son, Daimon Wellington and specialises in CNC machining and the supply of components in piece part, kit and assembly form. The business now employs over 50 people and houses more than 30 machine tools supported by CAD CAM, other cutting, cleaning, and inspection equipment, as well as fully automated stockholding facilities.

In recent years, Daimon’s aim has been to diversify the customer-base away from an over-reliance on the medical and oil and gas sector. “When I first joined, the majority of my time was spent on expanding the sectors we operated in. We now have a customer list covering a wide-range of industries, still including oil and gas and medical but also cryogenic, vacuum and clean energy. Our diversification has grown the business and improved the stability of our operations considerably,” says Daimon. 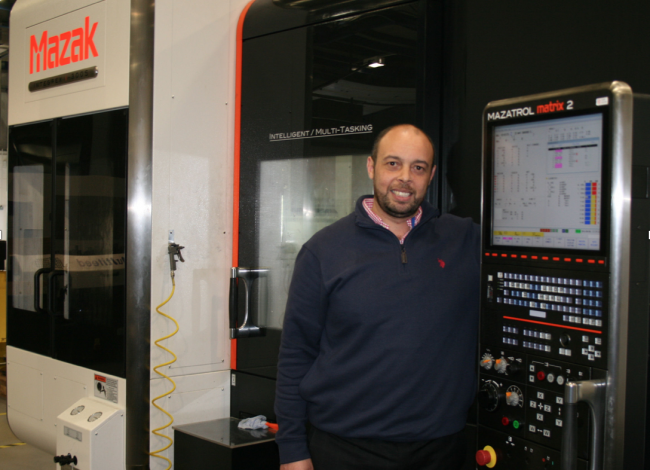 The relationship with Mazak has been central to Wellington’s growth. The company’s first Mazak was the QUICK TURN NEXUS 250-II MSY turning centre, purchased in 2010, an investment which enabled Wellington to add multi-tasking capability for the first time specifically for use in machining medical and vacuum components. “The QUICK TURN NEXUS was a big investment at the time, but a major selling point for us was Mazak’s MAZATROL conversational programming, as it is easier to use and also because we were finding more of the applicants we were interviewing were already Mazatrol trained.”

He continues: “Once the QUICK TURN NEXUS was up and running, we started to see things coming off complete, which meant we could deliver quicker to our customers, invoice quicker and ultimately get paid quicker! It also opened up the prospect of running night shifts. This was a big turning point for us and we came to the conclusion that to remain competitive and make money, you’ve got to invest.”

Daimon explains: “We were doing batches of smaller volumes, circa 30 to 50 offs, and with these quantities set-up time is crucial. With the QUICK TURN NEXUS, we found a saving of 50 per cent in set-up time using MAZATROL. These results alone were a good enough reason to continue investing.”

From 2008 to 2013 the company experienced a period of huge growth and increasingly factory space became an issue. “The old factory was bursting at the seams at 8,000 sq. ft. We decided to expand and moved to our current 20,000 sq. ft. facility, in Hayes, during 2013. We have filled the space with eight additional new machines and the majority of these are Mazaks, including a Mazak gantry loader,” says Daimon.

He goes on to say: “When we made the decision to move premises I already had an INTEGREX in the back of my mind and the i-300S was one of the first machines in the new factory.”

The addition of the INTEGREX i-300S dramatically changed the way Wellington Engineering operated, allowing the company to make a step-up into multi-axis machining, which helped expand the client-base and improve overall efficiency on the shopfloor. “These days it’s all about one-stop machining. When we doubled capacity our overheads increased significantly. To continue to attract new customers we had to be able to do things quicker and more efficiently, and we knew that investing in quality machines would help us achieve this.” 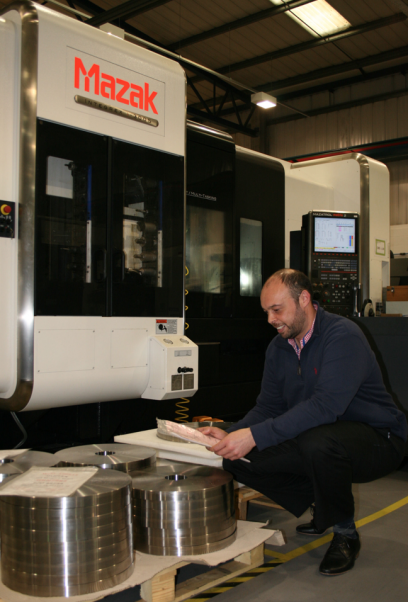 Since then, the business has added an INTEGREX i-100 in 2015, which reinforced Wellington Engineering’s credentials as one of the leading precision machining specialists in Southern England. “The i-100 is the smallest INTEGREX but has a 100mm (4-inch) bar feed capacity which enables us to attract larger bar feed work up to 100mm diameter. I was pitching to a major manufacturer of vacuum equipment for a job that ideally suited the 100mm bar feeder and we were awarded this work as we were able to run the component un-manned during the night and make significant cost savings for our customer. The i-100 is also equipped with a Rota Rack Parts ejector system for the larger components, allowing us to undertake work on a 24 hour shift pattern, which ultimately reduces the cost per component. It was our automation offering which actually won the job.”

He continues: “Our two current INTEGREX’s are very versatile and attract a nice mix of business. The i-300 model is manufacturing larger diameter billet work, in the 12 to 16-inch diameter region, which is fairly rare in the South of England, whereas the i-100 can machine anything from 2inch diameter to 4inch diameter using the bar feed or up to 10inch diameter chucking. Both machines were major investments, but so far it has paid off.”

Currently, Wellington Engineering has eight Mazak’s, with another INTEGREX i-200 on order which will complete the INTEGREX i-series set.

Daimon believes there is a comfort factor when customers visit Wellington and see the Mazak machines. “It’s certainly not the major factor when choosing a machine tool, but one thing I love about Mazak’s is the look of the machines. Having a machine shop that looks professional, tidy and full of the latest machining technology makes a significant difference and the Mazak machines help to create that environment enabling us to attract the right customers.”

In the future, Daimon is looking to improve the company’s ability to cut specific metals. “We have started thinking about adding more Mazak machines to replace other machines on the shopfloor, as we’re cutting more high nickel alloys, such as titanium and Inconels, which require better, newer and stronger machines. Ultimately we want the best available kit, so that we can work with different metals and manufacture the highest quality components.”

In terms of new sectors, Wellington Engineering is firmly focused on developing its aerospace offering. “We are on a road map for introducing the aerospace standard, AS9100. This certification will be instrumental in opening up opportunities within the aerospace sector, as well as nuclear, space and defence. We’re also considering double shift patterns, more lights out machining and conveyor systems, as I believe automation will play a major role in helping us achieve this certification.

“For the time being, we plan to keep the machine footprint the same size, but enhance our multi-axis machining technology. We do have the potential to extend the facility for even larger work if the opportunity arises.”

He concludes: “Our philosophy is to invest. We have not been disheartened by the downturn in oil and gas, as we have a varied customer base which allows us to push forward. Positivity is at the heart of our business and we’re going to continue to invest and grow further into sectors that require our expertise and machining capability.”