International energy and industrials group, the GFG Alliance, has unveiled plans to make a further investment of nearly £60m over the next two years to boost hydro-power capacity in Scotland, as it ramps up its programme for green-energy based manufacturing growth.

The announcement follows closely upon a recent meeting with First Minister, Nicola Sturgeon, when GFG disclosed that it aimed to double the £500m it had already invested in the Scottish economy. 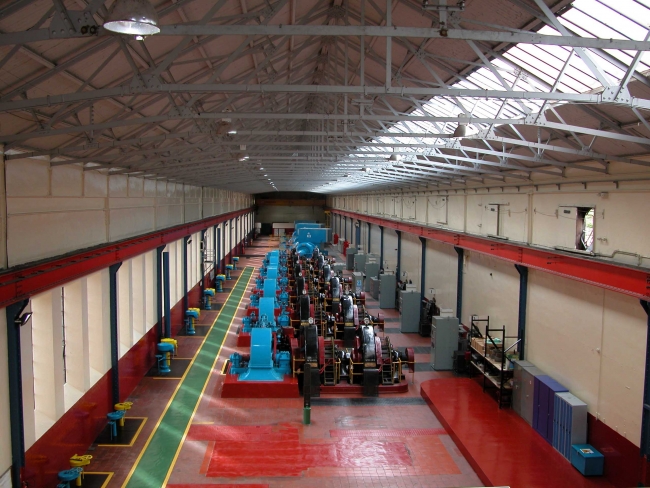 Inside GFG’s hydro power station at Kinlochleven which is due to be upgraded as part of the £60m investment / Picture: GFG Alliance

Hydro is a core element in GFG’s strategy to expand its total UK green energy capacity for industry to 1 Giga-Watt over the next three years. The GHR acquisition will trigger a programme to build or upgrade 12 hydro schemes in the Highlands by 2021, some of which will be on GFG’s 114,000-acre estate where it also plans to build a 400-worker alloy wheels factory next to its aluminium smelter at Fort William. GFG is reviewing offering ownership opportunities to local communities as part of its broader community involvement.

SIMEC GHR’s team of designers, engineers and project managers – based at Perth and Dingwall in Scotland – is also likely to work with GFG to develop hydro projects outside the UK, including a proposed scheme to build largescale pumped storage hydro capacity in South Australia, where GFG’s largest steelworks is located.

Jay Hambro, GFG’s Chief Investment Officer and Chief Executive of SIMEC Energy, said: “The SIMEC GHR team has an excellent reputation for planning, constructing and operating top-quality hydro schemes.  They have delivered over 45 schemes and continue to operate 38 of these today.  We are delighted the team is joining the SIMEC Energy family and it will be a valuable asset for the GFG Alliance and for our ambitions to become a major international producer of renewable energy for industry.

“GFG has an ambitious target to create a gigawatt of renewable energy generation to power its vision for a long-term economically and environmentally sustainable future for British business.  UK Government studies have identified the potential to double Britain’s existing hydro-power capacity over the coming years, and SIMEC GHR’s assets and expertise will enable GFG to play a leading role in delivering that additional capacity as part of our overall GREENSTEEL and GREENALUMINIUM strategy,” he added.

Ian Cartwright, GHR Operations Director, added: “We’re very excited about becoming part of the GFG Alliance as it will not only enable us to accelerate our existing plans but will give us opportunities to create new projects, both in the UK and further afield. Our team has a great track record for developing hydro projects and we’re confident we can achieve even more by working within an ambitious organisation like GFG.”

In addition to its hydro plans, SIMEC Energy is currently consulting with local communities in the Highlands on its proposal for an investment of around £150m in building a wind farm at Glenshero, designed to generate 164 MW of power. This project will be Britain’s first large-scale subsidy-free wind farm. A planning application for the development is due to be submitted this summer.