Prior to implementing Evocon, common thinking at Yara Operations was that an organisation should be mature on their lean journey before implementing an OEE software or production monitoring solution. Yara Operations was not mature, but they challenged the convention. They didn’t wait for that perfect day in some distant future. Instead, they started their digital transformation process early with small steps and it turned out to be a success story.

To better understand the scope of the digital transformation that Yara Operations team was looking to undertake, it is essential to understand the company and how truly global their operations are.

For over a century, Yara International has experienced continued growth. Founded in Oslo, Norway in 1905, the company has earned the reputation as the world’s leading fertiliser company. Today, Yara International operates in over 60 countries and employs 17,000 people. 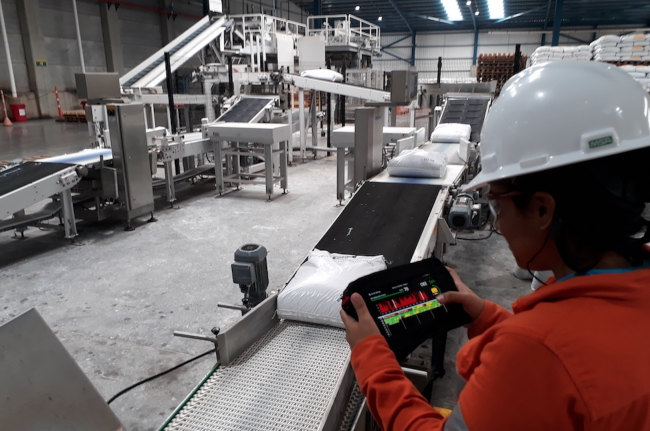 Yara Operations started its digital transformation process early with small steps and it turned out to be a success story with the support of Evocon / Picture: Evocon

Yara’s Sales and Marketing division (YSM) sells the products in the markets, but also operates a truly global supply chain with fertiliser blending, bagging and liquid terminals. YSM spans 5 continents and operates in 22 countries. This was the scope of the digital transformation initiative that the management team at YSM Operations was looking at.

As is common for an operation of its size, Yara had adopted lean principles to remain competitive. A part of its lean program was the implementation of OEE. Despite understanding the benefits of OEE the company struggled to roll out the program in its fertiliser terminals. It was at this point that YSM Operations management approached Evocon with a challenge.

Importance of OEE and Digital Transformation

The primary driver that lead YSM to Evocon was a desire to reap the potential benefits of implementing Overall Equipment Effectiveness (OEE). It is one of the fundamental concepts in lean manufacturing and is a key performance driver for any production plant. The concept of OEE, applied using new technologies, like data automation and visualisation, is also a key digital transformation driver in manufacturing.

Correct use of OEE allows us to understand the true potential of a production process.  Moreover, it enables us to systematically evaluate production losses and ultimately eliminate the root cause at their core in an effort to maximise the value chain.

Yara’s Production division that runs large chemical plants was using a production loss accounting system too heavy for the needs of YSM fertiliser terminals. Hence, before implementing Evocon, YSM collected OEE data using pen and paper or Excel. This limited the extent of OEE’s benefits that they could have realised.

When OEE and production performance are tracked manually, be it a paper or computer-based system, we tend to see that same kind of issues. This was also true for YSM where they observed the following.

Inconsistent. The inconsistency in collecting data, both people and process, left descriptions of production losses and stops in a state of subjectivity. Thus, they did not have a comprehensive understanding of production downtime.
Incomplete. If the operators on the line were too busy due to equipment failure or employee absence, the first responsibility that was dropped was collecting and entering data.
Inaccurate. Reliance on humans for manual data collection made the data prone to error and open to argument. When production performance was favorable, it was correct. When the performance was poor, the data was “wrong”.
Inefficient. Tedious, non-value added work assigned to highly skilled and well-paid operators.
Ineffective. By the time supervisors received the production reports, they could be looking 2-4 days in the past. They needed reporting to be as close to real-time as possible. This allowed discussions to occur while events were fresh in employees minds.

YSM Operations management team had an evolving vision for what they required from an OEE software to start the digital transformation process and the team at Evocon helped to bring these requirements to life.

A top requirement for YSM was to use OEE as a vehicle to assist its global lean implementation. A staggering undertaking, the plan aimed at standardising the use of OEE in all their 50 blending and bagging terminals in 22 countries in 5 continents.

The next requirement was for the solution to simplify the process for recording production losses. They needed operators to find the process both easy and intuitive.

When manually tracking OEE, there is an inherent delay between real-time events and reporting. It is simply far too long and is a significant shortcoming of manual collection. The moment to make a difference and correct the situation has passed. This is why they required real-time visualisation of OEE and production downtime.

Their daily production meeting was mainly a qualitative discussion of subjective opinions about performance. Now, they sought to transform daily meetings into a coaching session that would feature production data and insights from leadership. To be truly meaningful, insights would need to be based on timely and accurate data.

The final point that YSM management team requested was a lower threshold for investment in the solution. Moreover, Evocon would also reduce the time required for installation and implementation. This made the solution even more attractive to YSM. 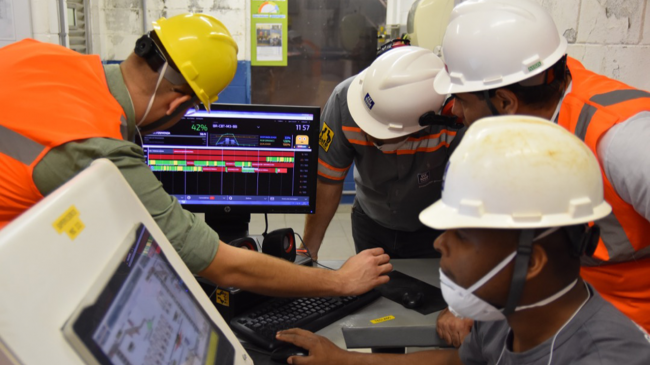 Yara Operations found it was better to challenge the status quo and get started with small steps rather than wait for the right moment of lean maturity / Picture: Evocon

The Solution for Digital Transformation

When evaluating different software on the market, as well as the one used by chemical production in Yara, it became obvious that Evocon’s simple OEE solution would be a good fit to start YSM’s digital transformation process.

They would install Evocon’s IoT devices with sensors at count points along the packaging lines. With the sensors in place and counting, the Evocon devices would then transmit the production data to a secure AWS cloud database.

The simple solution worked, and it made OEE recording a semi-automatic process. Now machine operators could work directly with a list of predefined machine downtime reasons in Evocon. This meant they would only need to perform a few mouse clicks or taps when a production stop occurred.

The approach and user interface of Evocon were both intuitive and appealing. Some even called it fun. But the main achievement was that operators began to cultivate a sense of ownership of the process and its data.

Real-time OEE monitoring dramatically improved visibility into their production losses. This new visibility continued to cascade improvements through to other functions, such as Maintenance, Customer Service, Planning and Logistics.

YSM has now standardised the loss-monitoring process and reporting for over 135 production lines all over the world. This enabled them to start benchmarking differences between countries, regions and terminals accurately. Global standardisation enabled them to speak the same language across all operations. The result is an increasing awareness and expertise on a global level as well as sharing best practices and learnings. What is more, OEE increased by 15% on average on all the production lines.

As YSM’s volume of production data grew, so too did its insights about other factors that influenced OEE. Of note is that areas outside of production, such as material handling and supply chain, were negatively affecting OEE performance.

Improved Operator Engagement
Perhaps the most important benefit was the increasing engagement of the whole shop floor in working to reduce losses and improve OEE. Operators developed a sense of urgency and ownership of their process by connecting with the data.

Improved Equipment Availability
As operator engagement grew so did their ability to respond in real-time to issues. Today problem solving is faster, and this has led to improvements in equipment availability.  Moreover, YSM continues to reduce production stops related to downtime.

Quality Performance
Quality performance improved with the implementation of OEE monitoring. In particular, their lean program that focuses on waste elimination improved significantly. Today, most of their improvement projects use analytics that uses data extracted from Evocon.

Shop Floor Communication
Communication has become efficient and synchronised across the plant, thanks to Evocon. Now, the same performance is being seen from the multiple screens across the shop floor. This provided a common ‘pulse’ for other functions besides just production, for example, maintenance and planning.

Simply put, YSM has seen improvements in collaboration across and between functions due to the availability of real-time productivity data.

Culture Change
One of the significant “soft benefits” that YSM realised as a result of implementing Evocon was a shift in their internal culture. Where before it was challenging to track production losses with any regularity, it has now become the way that production operates on a global scale. A rather remarkable achievement considering that anyone who has taken on a large scale change in an organisation will tell you, it is not for the faint of heart and is not easy to overcome the inherent resistance to change.

They have even found value in holding annual boot camps in coordination with Evocon, a process they initiated to formalise a channel for feeding key learnings to Evocon based on their global use of the service. This feedback is then routed to development teams at Evocon, where the ideas are explored further for potential inclusion in future updates.

Takeaways that Challenge the Status Quo

This status quo thinking was simply that an organisation should have a very mature lean program, which YSM did not have at this point, before moving into an OEE software or automation solution.

This turned out not to be true in their case as conventional wisdom predicted that the implementation of Evocon would not have experienced the success that it did. That’s why it’s better to get started with small steps rather than wait for the right moment of lean maturity. As YSM’s case study demonstrates, it pays to challenge the status quo.