On-Systems is a company that specialises in the design and manufacture of power supply systems that service a number of major industries including aerospace, defence, and marine. On-Systems pride themselves in their effective implementation of lean methodologies to minimise the delay between order placement and delivery of the completed product, thus ensuring customer satisfaction.

The challenges faced at On-Systems

When Ray Dodd joined the team at On-Systems, the business had recently altered the way it operated and was looking to regroup to achieve its mid-term goals. One of these changes was the implementation of the Flowlens MRP system. Considering that Flowlens was a relatively new addition to the company, it was important to understand its capabilities and figure out how to maximise its potential benefit to the company.

Ray and his associates determined that if implemented to its full potential, Flowlens would help On-Systems achieve the company’s three strategic focus areas for the year: capability, business growth, and environmental awareness. In order to gain the most benefit from Flowlens, it needed to become the foundation to their workstream, from idea generation to customer satisfaction.

Ray says: “When I first joined On-Systems it was evident that there were a lot of new processes, new staff, and there had been a lot of changes. The business was trying to regroup and refocus on what it wanted to be in three to five years’ time.

“Flowlens really is the groundwork and the foundation of how we manage every single workstream in the business from start to end. I haven’t developed, changed, or implemented anything within Flowlens that anybody has not wanted to embrace or hasn’t seen as a key step forward.”

One of the key challenges with implementing a company-wide system is team buy-in. When it came to team alignment, Ray focused on the principle of “benefits realisation.” He spent time with individuals in various positions along the operational lifecycle to sell the benefits of Flowlens. In order for an MRP system to be effective, it needed to have a clear benefit and use case. 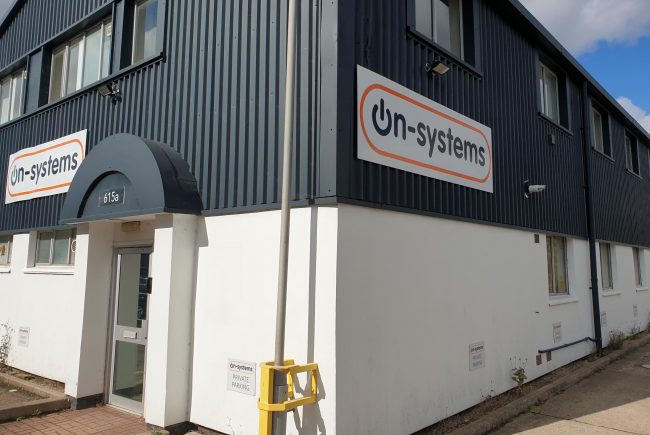 On-systems made use of the Flowlens form-creation features that helped integrate existing paper-based quality management documentation. All the while, it ensured that all the data from these forms could be easily accessed and parsed into useful business-wide metrics.

The data stored within the Flowlens MRP system was used to drive management meetings. It generates a real-time snapshot of the business’ goings-on and can be used to steer strategic decision making.

On a more granular level, Flowlens was able to manage the tactical day-to-day running of the business and allowed for real-time analytics. Managers could easily use that data to decide what the daily focus should be and help highlight any potential stumbling blocks.

Ray adds: “At 9 o’clock every day we are using the performance data from Flowlens to determine what the focus needs to be today and whether we need to take any recovery actions. Flowlens has enabled us to do a lean data-management cleansing activity which allowed us to take the noise out of the system.”

This was all done by leveraging On-Systems’ own data and presenting it in a format that strips away all the unnecessary information, displaying only what is important. At On-systems, that allowed Flowlens to act as a management tool for the entire lifecycle from sales through delivery.

What direct benefits did Flowlens bring?

The use of Flowlens has allowed On-Systems to collect operational data while also decluttering the collection process itself.

This meant that the data within the MRP system would be accurate and concise. That, in turn, allowed On-Systems to trust the data within Flowlens and to effectively use it to drive decision making. Some direct benefits of using Flowlens were: 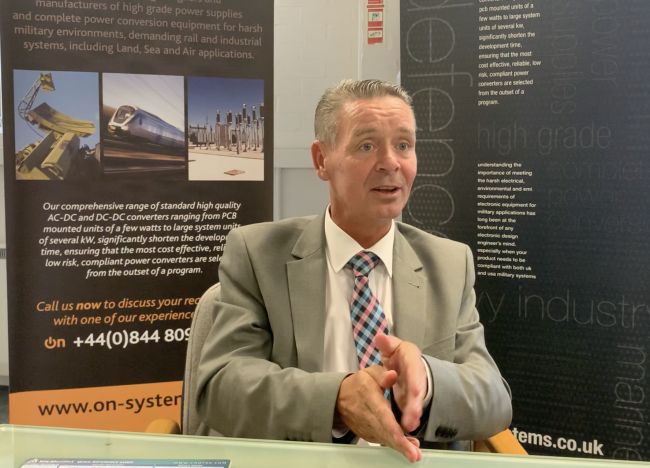 Ray Dodd describes the Flowlens dashboard as an important “driving tool — and everybody in the company is set up with this dashboard.” The dashboard can be customised to display any information that is important for a specific function. For Ray, this meant data related to:

Flowlens has had a number of additional benefits for On-Systems’ day-to-day operations, some of which are listed below.

• Efficient remote working: Remote work became much more efficient due to the manner in which Flowlens is integrated into On-Systems’ own operational structure.
• Cost avoidance: Flowlens has helped On-Systems’ employees perform multiple job functions, reducing the total staff overhead.
• Improved operational efficiency: The operational lifecycle was vastly simplified when using Flowlens and unnecessary activities were eliminated, resulting in a lean process.
• Time savings: Flowlens makes locating relevant data and documentation significantly easier. Ray estimates this gave them a time savings of up to 50%
• ISO Audit Compliance: As the core Quality Management System, On-Systems are able to demonstrate evidence of adherence to processes and methods, and have a consistent way of proving control of changes.

Flowlens is a powerful tool that can be tailored to fit any small- to medium-sized manufacturing business and is priced to be affordable to implement. It is clear that On-Systems was able to leverage their experience with lean manufacturing to implement Flowlens in a manner that aligned with their core business values. When asked how to effectively implement an MRP system for small- to medium-sized businesses, Ray had the following advice: “Fully understand and strip back your current business architecture.” Mere understanding of the architecture isn’t the full picture, though; Ray emphasized the importance of mapping this architecture from “idea to money in the bank.”