In 2017 Evocon started working with one of the biggest manufacturers of meat and food products in Scandinavia – HKScan – to help maximise machine utilisation. The company has more than 7,200 employees in various countries, including Denmark, Sweden, Finland, Estonia, Latvia and Lithuania, and they export their products to over 50 countries. 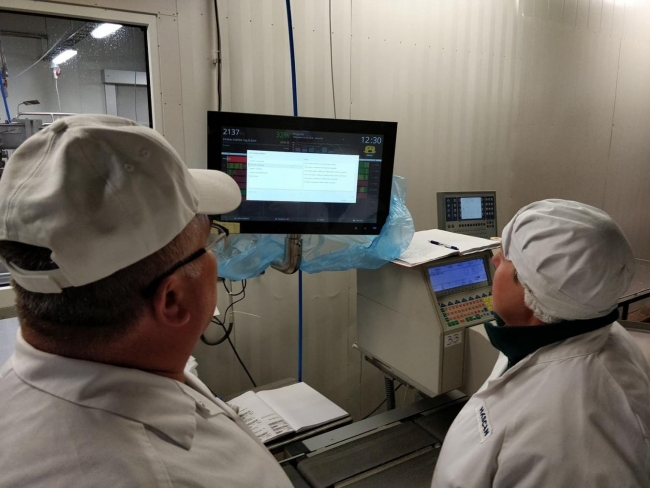 Their motivation to start monitoring their production equipment was the same as that of many manufacturers. They wanted to understand and visualise the current state of production, identify reasons for waste and find ways to improve their processes. They also understood that their traditional way of managing performance on the shop floor did not meet the standards of the digital era.

Lack of transparency into the production process

Within HKScan the production team was always looking for ways to increase production speed and improve the efficiency of their production lines.

Capturing data about the production process using paper and Excel gave them a general understanding of where they stood in terms of performance. But once they compared that data to the production metrics and design speeds of their machines, it was clear to the team that there was significant room for improvement.

However, as their data collection methods were prone to human error, the information that they had was not complete. It wasn’t clear how much downtime they had or what were the reasons. Nor did they have access to live OEE data.

Furthermore, as they collected data on paper, their analysis was always lagging. So even if they did take action, they had no good way of validating, whether what they did was successful or not.

Not knowing the actual use of planned production time

In addition to needing more transparency on the underlying losses in performance, the team wanted to better understand how they were using their scheduled production time in general.

They had metrics, collected manually, that partly reflected their production process. For example, they had data on units and kilograms produced, material in, staff-hours used. But what was missing was visibility into the conditions and factors that prevented them from realising their true potential.

What proportion of planned time were machines running? How much production downtime there was? How much time did they lose due to micro stops? These were only a few questions out of many, that lacked a clear answer. 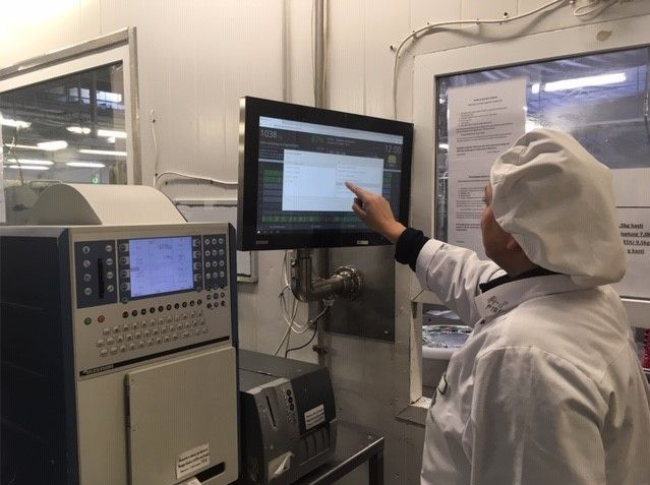 To improve the production process, it was critical to log problems that occurred during the day. However, the way they did it wasn’t working very well. Production personnel were noting issues on paper during the day and filling out multiple forms after working hours. There were several problems related to that:

• It took hours of their time, the time they could otherwise spend more productively.
• Employees were tired at the end of the shift and were filling out forms in a rush, making mistakes along the way.
• If problems had occurred hours before the personnel had to report about them, they simply did not remember all the details.
• The human eye cannot detect small issues in production, especially considering the speed and rate of production in the food industry
• The summary of logged issues was only available after the end of the shift, so it wasn’t possible to act on problems promptly.

The team understood that if they wanted real, significant and lasting change, these problems would have to be solved. This meant that they had to remove the burden that people had of paperwork. And replace it with an automated, real-time system.

Why did HKScan choose Evocon?

The productivity team at HKScan Estonia had previously talked about finding a solution to these critical challenges. They even tried to develop a software solution internally, that would monitor their production and provide data about machine utilisation.

Unfortunately, it was hard to come up with a single solution that could satisfyingly address every issue.

It was the most effective way for the team to understand whether the OEE software offered by Evocon would fit their needs.

What positively surprised the HKScan team was that Evocon’s free trial was not merely a drop-ship of self-serve software and equipment. The engineering team of Evocon helped them with hands-on support throughout the implementation on the production floor – from helping choose the right sensors to provide on-site help.

The implementation of production monitoring consisted of the following key steps:

• Connecting production signals from already existing sensors.
• Mounting new sensors where production signals were missing.
• Installing touchscreen monitors in clean areas for real-time tracking of machine utilisation.
• Training the shop-floor personnel how to use the Evocon system and teaching them about OEE.

HKScan was initially concerned about the low level of IT literacy on the production floor. But thanks to the user-friendly and straightforward interface of Evocon, this worry was quickly erased.

The biggest hurdle to overcome while implementing Evocon was the fear of “something new” by the people on the shop floor.

It is quite natural for people to think that it is them that management wants to track, not the machines. That is why HKScan saw explanation as a crucial step in the implementation process.

The process consisted of the following steps:

1 – Gathering everyone and giving an overview of what is Evocon.
2 – Reviewing all the challenges management faced.
3 – Explaining how monitoring production will help find solutions to existing issues.
4 – How the shop floor would play a critical role in the process.
5 – How it simplifies everyone’s work in the long run.

The explanation was a success because it allowed everyone to understand why Evocon was necessary. Most importantly, it helped workers see that production monitoring was not a means of control. Instead, it is something that will help the business as a whole.

To further simplify the implementation process, the team localised the data that operators would use. With the help of Evocon, they made sure that the system interface and predefined machine breakdown reasons were available in both Russian and Estonian (Latvian and Russian at the Jelgava factory). 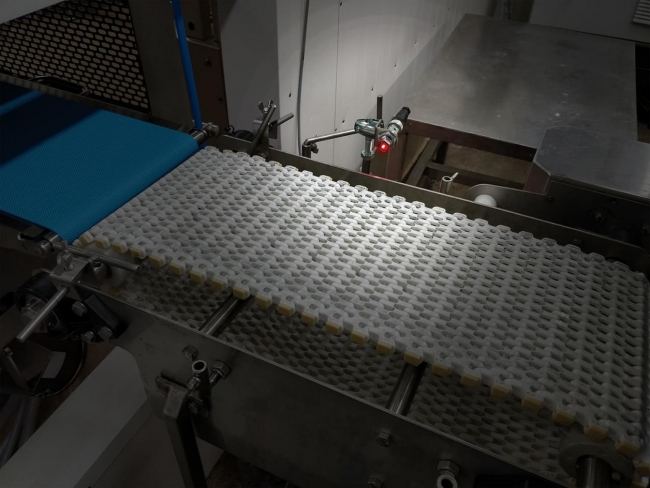 Evocon has visualised HKScan’s entire production process, so they now precisely know what their challenges and bottlenecks are / Picture: Evocon

After completing the free trial, HKScan decided to roll-out the implementation of Evocon on all of their packaging lines (35+) in Estonian and Latvian factories.

Today, a tablet or PC is at every packaging machine. These displays visualise machine utilisation in real-time and highlight issues that need attention. To understand the performance of the machines, Evocon follows a traffic light principle. Green means that the line is working as expected. Yellow indicates slow cycles and micro stops. And red areas indicate production downtime. When the line stops, employees use a touchscreen monitor to choose the reason from a predefined list.

Improvement in OEE by 20%

Thanks to automated production tracking, OEE on HKScan’s packaging lines improved on average 20% during six months. What is more, the team can now quickly analyse performance by machine, crew, shift or product. And based on the analysis, determine when and where performance issues are occurring.

A clear real-time overview of machine utilisation and root causes of issues allows them to understand better how to decrease fluctuations in output. At the management level, this means that they can now take actions based on actual data, eliminating the guesswork and assumptions that drove decision making previously.

Soon after installing Evocon on all their packaging lines, the HKScan team implemented what they now call “weekly downtime meetings”. During those meetings, they perform an analysis of the most critical issues. As well as identify machine breakdown causes affecting performance on different lines. By discussing findings with the shop floor and getting their input, they are now in a position to implement much more accurate corrective measures.

After they implement agreed improvement activities, they can go back and see in real-time if what they are doing is right or not. Thanks to this improved visibility and transparency, they now have a clear understanding of where they are and what their true potential is.

The impact of production monitoring is much more than just getting live OEE data of one packaging line. By having data from all lines, they have a much better overview of the entire production cycle.

For example, a stoppage on a packaging line doesn’t have to be related to a problem on the shop floor at all. Instead, it can be an issue of material arriving late or not been taken away fast enough. This means that instead of trying to solve a problem with the line, it is better to focus on the process of internal logistics.

Previously, these kinds of issues would have gone unnoticed. And most probably the shop floor would get the blame for the line being down.

The implementation of Evocon has given the shop floor a tool to clearly and easily register all issues. Moreover, they now feel that management listens to them. And the problems on the shop floor that they experience daily become visible to everyone. At the same time, it is also apparent if someone is slacking off or not efficiently doing their job. Employees who were sceptical at first about production monitoring are now the biggest proponents of it.

Most importantly, data automation has removed most of the unnecessary paperwork welcomed by everyone.