Nothing but rotational plastic components are machined in batches from 30 to 20,000 at the Hertfordshire factory of subcontractor Plastic Turned Parts (PTP), which in four years to the end of 2019 doubled turnover and invested more than £750,000 in six new CNC turning centres. Five of them were delivered by Citizen Machinery, four Cincom sliding-head lathes and most recently a Miyano fixed-head model, bringing the total number of lathes on-site from this supplier to nine.

There are also three further turn-mill centres of different makes in use for machining bar and billets up to 65 mm and 150 mm in diameter respectively. A Haas CNC mill has been utilised since 2005 for occasional second-operation work where expedient and also for destructive testing.

All except two of the Citizen lathes are fitted with the company’s default option bar magazines from Italian manufacturer Iemca, represented in the UK and Ireland by sales and service agent 1st Machine Tool Accessories. A fixed-head Miyano on site for chuck work has no barfeed and there is one 16 mm capacity Cincom slider with another make of bar magazine that PTP’s managing director and owner Jonathan Newis wishes he had not acquired, as it is temperamental. 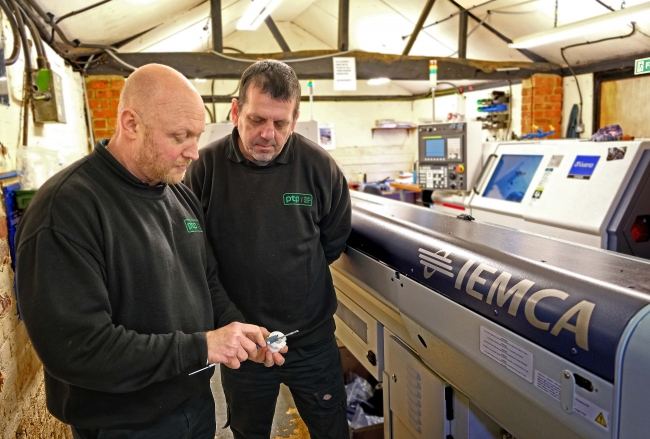 He said, “To enable us to achieve sustained business growth, we only use the best production equipment on the market. That applies to everything in use on the shop floor including the barfeeds, which is why there are seven Iemcas in use here.

“We particularly like their Elite model fitted to our smallest capacity, 12 mm sliding-head lathe, which has a big bore kit to allow it to take 16 mm diameter bar. The magazine can be swapped over in a matter of seconds from gravity bar feed to walking-beam operation for reliably advancing smaller stock below 6 mm diameter.”

He also singled out for praise an Iemca Boss 338-HD Superfast feeding a 20 mm capacity slider. Turning flexible plastic bar is an esoteric art, one of the problems being that, unlike metal bars, thinner stock sags under its own weight both within the magazine and in the space between it and the lathe. Through 1st MTA, the Italian manufacturer modified the barfeed to include solid panels rather than standard cross struts for supporting the plastic bars along the length of the magazine. Produced also were bespoke clamping blocks to ensure that small diameter bar remains horizontal in the gap between where it leaves the barfeed and enters the turning centre.

Furthermore, in the Siemens touch-screen control fitted to the Iemca Boss there are three standard programs that can be called up according to the mode of lathe operation, whether it is standard Swiss-type turn-milling, guide bush-less machining, or turning of thinner bar with the clamping blocks in use.

Mr Newis added, “We have been using Iemca bar magazines since we took over a turned parts subcontractor on this site and inherited two Cincom sliding-head lathes and three cam-type autos.

“We bought our first new Citizen slider in 2007, a 16 mm capacity machine, to replace the cam machines. In all that time the barfeeds have proved to be reliable and well built, which translates into absence of vibration and hence high dimensional accuracy of machined components as well as good surface finish.” 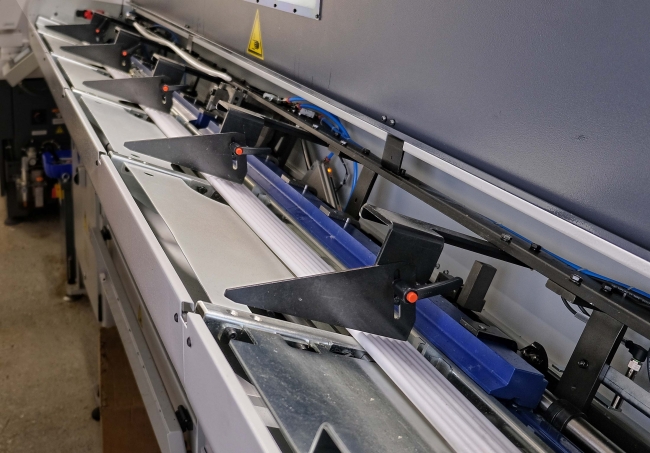 The original lathe from 2007, which is still in use today, is fitted with a Genius 118-37. Like all Iemca barfeeds, it has a double bar pusher to reduce the overall length of the magazine, saving factory space which is in short supply on the subcontractor’s shop floor. Another barfeed in use is the Smart 320 on a second 16 mm slider, featuring snap-in guide channels for rapid bar changeover and a self-centring bush at the front to guide the bar.

There is also a KID short magazine feeding one-metre bar into a 51 mm capacity Miyano fixed-head lathe. Not only does it consume less space than the three-metre bar magazines on site, but it also has the benefit that the absence of a gripper means that the remnant is small. It is easily pushed out of the front and ejected, avoiding the job of extracting it from the back of a full-length magazine and so maximising spindle uptime.

Mr Newis’s focus on buying the best production equipment extends to the turning machines, hence the majority of them are from Citizen. The latest four to be installed feature the Japanese manufacturer’s LFV two-axis oscillating chipbreaking software that is especially helpful when turning plastics, many of which tend to produce bird nests of long, stringy swarf. The main culprits are polyethylenes and thermoplastics, while fluoropolymers also have a tendency to string.

Mr Newis explained, “With either of the two LFV software modes switched on when turning these materials, swarf is broken into short lengths that do not wrap around the component or spindle. We can even program the ideal length of swarf through P1 and P2 codes that set the frequency of oscillation so that, at the other end of the scale, unnecessarily small plastic chips do not build up and clog the machine.

“It results in higher productivity and lower labour costs, as we no longer have to include regular breaks in programs, typically hourly, to stop the lathes for swarf to be cleared from the working area. Lights-out running also becomes possible, leading to higher profitability and allowing us to quote more competitive prices and win extra business.

“Associated difficulties like stringy swarf rubbing against the component and generating heat that can melt the plastic is similarly avoided, as are scrap resulting from broken drills and misalignment when picking up a part in the sub-spindle during part-off.” 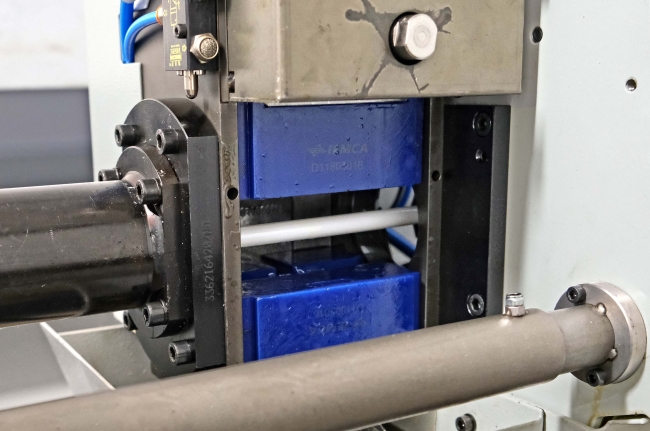 Regarding tooling, he shared insights into pragmatic machining of plastic materials. Inserted carbide tools are mainly employed and the sharpest varieties designed for machining aluminium are preferred. Single-point turning tools can leave burrs and sometimes result in poor surface finish, especially when machining grooves, chamfers, radii and thread ends, so form tools are frequently used for turning such features. Another trick of the trade when using LFV is to flatten the flank relief angle of the insert so the tool recuts the material, simulating a wiper effect for producing a superior surface finish.

The combination of Iemca bar magazines feeding Citizen lathes, coupled with the subcontractor’s specialism and long experience turn-milling only plastics to within ± 50 microns and sometimes tighter, continues to underpin the firm’s success. This is despite the materials’ difficult-to-predict behaviour on normalisation after machining, which can cause expansion or contraction. In addition to working for OEMs, PTP regularly receives jobs from metalworking subcontractors that do not have the experience or patience to machine plastics, especially to tight tolerance.