I understand
Home•Case Study: Zeeko and its...

The UK was once one of the major players in the tool-making world, but the number of British OEMs still in operation has rapidly diminished over time. Yet, in a quiet corner of the East Midlands, Zeeko Ltd has bucked the trend and established itself as the go-to global supplier for ultra-precision polishing and metrology machines.

“It all started in 2000,” begins Zeeko’s Managing Director, Dr Christopher King, who joined the company in 2010 as Metrology R&D Manager. “The initial concept spun out of a post-doctoral research project at University College London, which looked at ways to produce mirrors used as part of astronomical research. What ultimately emerged was a tool which provided ultra-precise control over a polishing process. It was only a short step for company founders, Professor David Walker and Richard Freeman, to commercialise the concept, which ultimately led to Zeeko being formed.”

Fast-forward 18 years and Zeeko is now a 35-strong company, with a burgeoning apprentice scheme. As well as its Coalville head office, the company has R&D facilities at Glyndwr University in North Wales, and Kyoto University in Japan. 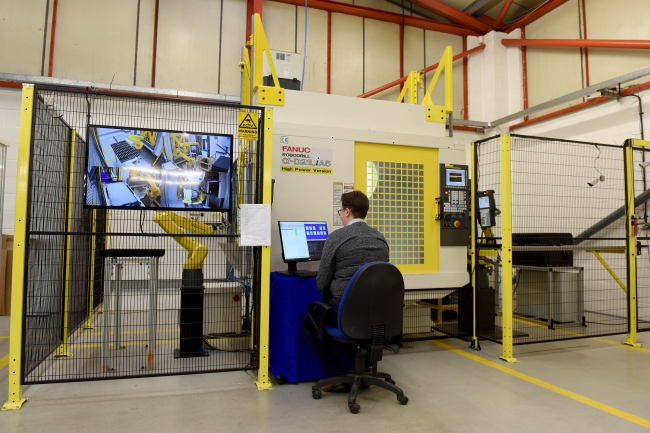 Zeeko Ltd has bucked the trend and established itself as the go-to global supplier for ultra-precision polishing and metrology machines / Picture: FANUC

The technology centres on the highly precise control of spinning tools covered with a rubber polishing pad, which use state-of-the-art software to position and orientate the tool, adjusting the position, speed and pressure of the polishing head as required to achieve the desired finish. This enables the machines to produce ultra-smooth and nanometre-accurate surfaces on a variety of materials, from glass and stainless steel through to tungsten carbide and silicon carbide.

Notable projects that have used optics, processed using a Zeeko machine, include the NASA Lunar Reconnaissance Orbiter mission in 2009; while the company was also part of a consortium to develop manufacturing technologies for the fabrication of the primary mirror segments for the European Extremely Large Telescope.

As well as being used for the polishing of high precision optics, Zeeko machines can also process orthopaedic joints, semi-conductor applications, camera lenses, along with various parts for consumer electronics, and even turbine blades.

Zeeko currently offers eight different polishing machines in its Intelligent Robotic Polishers (IRP) series, which are able to process parts from 50mm x 50mm, through to 1600mm x 1600mm. All machines in the IRP series can be used for pre-polishing and fine figuring work, as well as hybrid ‘grolishing’ applications, which can significantly reduce process time when tackling mid-spacial-frequency errors in subaperture polishing technologies. The multi-use nature of the IRP series can therefore remove the need for end-users to purchase multiple machines for each part of the polishing process.

Chris continues: “We build all of our machines to order, with the lead time very much dependant on the size of machine. Some of our smaller machines can be ready in as little as two months, while our larger machines can take up to eight months to manufacture.”

Despite being a 100% export business, with Zeeko having sold machines into 18 different countries, including China, Japan, and the USA, the company has remained true to its British roots by cultivating a predominantly UK-based supply chain. Chris continues: “Where possible, we source the majority of raw parts from local suppliers, many of whom are located within a 50 mile radius. However, there are some elements in which we need to work with partners with a wealth of global experience. When you need to control the surface finish to within a few wavelengths of light, one critical element is the CNC.”

To fully realise the potential of the technology, and to take it to the level of precision which would enable Zeeko truly stand-out above its competitors, the company needed a CNC partner with a vast amount of experience across a variety of different market sectors. Fortunately, the UK headquarters of the world’s leading CNC systems provider, FANUC, was a mere 26 miles away from Zeeko’s Coalville site, in Coventry.

Zeeko first trialled FANUC CNC in 2003, and now uses FANUC’s 30iB control across its entire portfolio of polishing machines. The 30iB CNC series has been specifically developed by FANUC for use across complex, high-speed and ultra-precise machinery operating multiple axes and multiple tool paths, all within an intuitive user interface. When integrated with Zeeko’s state-of-the-art software solutions, users are able to polish concave, freeform and other complex geometries to within 2-3 Angstrom (the equivalent of 0.1nm). 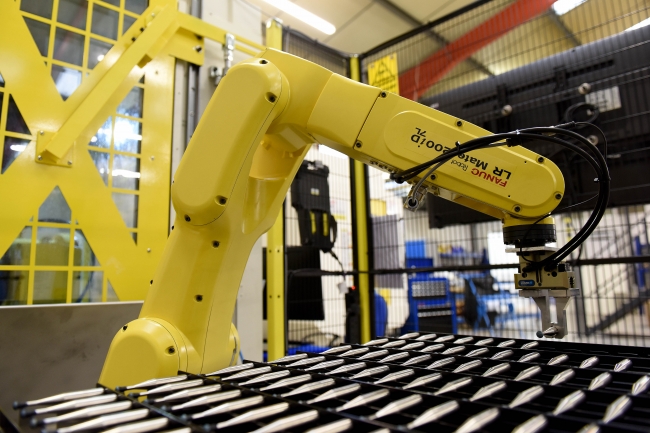 Zeeko has evolved from a dynamic university start-up into one of the country’s last-remaining British manufacturers of precision tooling equipment / Picture: FANUC

While Zeeko leads the field of ultra-precision polishing machines, one of the main challenges of holding such a position in a highly niche industry is the pipeline for work. “Given a Zeeko machine is a high-capital purchase, it is not unusual for customers to undertake extensive R&D testing with us to prove that the machine is able to meet their polishing requirements,” says Chris.

“For example, we worked with a customer for nine months on a prototype optic for a land satellite survey system. Once they were satisfied, the machine was installed at their facility, and produced the next optic in just four weeks. However, this approach can result in a somewhat spikey cashflow, so in order to grow the business sustainably, we knew we needed to find other avenues with less intensive R&D requirements.”

With a view to leveraging the knowledge housed within the business, the management team took the decision to expand Zeeko’s position from solely being an OEM to include systems integration.

Chris continues: “We realised that the machines we were manufacturing could also be put to use in applications where the polishing requirements were less demanding, such as making tools for injection mould parts. To break into that market, we looked at what other companies were using and came across the FANUC RoboDrill. Given our own polishing machines were controlled by FANUC CNC, we were confident we could create an integrated machine tool and polishing machine offering that could operate using a common control.”

The first step was for Zeeko to purchase a FANUC D21 MiB5 RoboDrill, to develop the software element which would allow the two machines to work in unison. While that offering has been available to customers for five years – and represents a significant growth opportunity for the business – Zeeko has retained its original RoboDrill, which it now uses to manufacture the tools used on its own range of polishing machines.

Now the company is not only able to offer integrated cells direct to new customers, but it can also provide upgrade kits to existing FANUC RoboDrill users looking to integrate polishing in their finishing process. 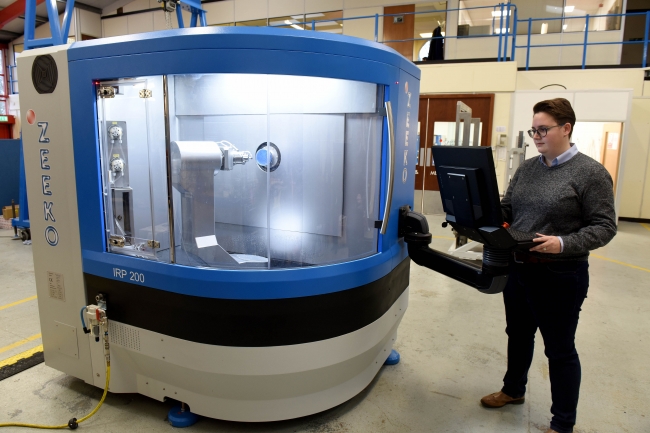 With one eye on the future, the company once again turned to FANUC to drive productivity internally, through the integration of two robotic arms. “The RoboDrill is now supported by two FANUC robots as part of a fully-automated machine tending and measurement cell. One robot takes blanks from a rack, loads them onto the chuck, before the RoboDrill then machines them to the desired specification,” continues Chris.

“A second robot then unloads the finished part, and transfers it to a measurement and calibration system to ensure it has been processed to the exact specification required. Once measured, the second robot will then transfer it to another rack where the completed parts can be processed.”

As well as machine tending pick and place applications, the robotic arms can also be used to provide initial polishing to the freshly-machined parts made by the RoboDrill.

While the fully-integrated cell is still being fine-tuned at Zeeko’s Coalville factory, it won’t be long until robots are added to its turnkey cell integration offering for customers. Once complete, however, it will mark the latest in a long line or remarkable steps which has seen the company evolve from a dynamic university start-up into one of the country’s last-remaining British manufacturers of precision tooling equipment. Unlike a number of those left who are looking over their shoulder at the threat posed by cheap imports from low-cost economies, Zeeko has its eyes firmly set on continuing its sparkling upward trajectory.