I understand
Home•Industry 4.0 vs the Skills...

Industry 4.0 vs the Skills Shortage – or why that bloody robot needs to work!

Dan Burrows from Waterstons shares his thoughts on Industry 4.0, the manufacturing skills shortage and why manufacturers should be looking at the talent of the future once they complete their IR4 projects.

So we’ve all been talking a lot about IR4 and the changes it will bring to manufacturing; it’s rather taken the focus away from the topic of the manufacturing skills shortage we’ve been so engrossed in for the preceding few years. Now in some ways, that’s a good thing – because it’s nice to have something else to talk about, and it’s handy that IR4 will bring in new ways of working that may actually reduce the need for specialist skills. However, in some ways, it’s very much A Bad Thing. We’ve taken our eye off the ball on skills gaps because we have all got sort of used to the idea that ‘come the revolution’ (mk. 4) we’ll be awash with technology to reduce our need for new, highly trained and clever manufacturing enthusiasts entering the industry. So we’re all hyped up to talk about manufacturing change, but at the same time we’re also not talking about the Very Big Elephant In The Room.

That elephant comes as the reverse problem to the skills shortage. It comes in the form of the 51% (according to a statistic quoted at an event I attended in Boston, MA in September 2017) of unskilled and semi-skilled manufacturing labour that will be ‘rendered unnecessary’ by the rise of our IR4-enabled Robot Masters (or maybe just automation and integrated technologies – who knows). So as an industry we could actually go from being an engine for job-creation to being the source of a Very Large Number of unemployed, semi-or-unskilled people. 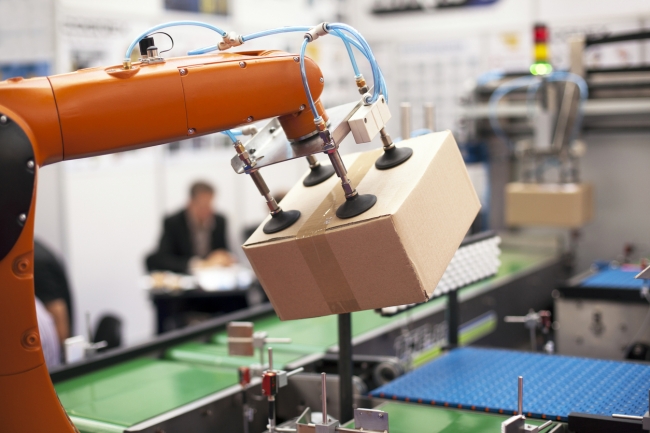 Is it really that clear-cut that Industry 4.0 will reduce total workforce numbers significantly? / Picture: Getty/iStock

How do we as a sector feel about all that then? I know for my part that whilst I’m enthusiastic about the IR4 change agenda, and the fascinating opportunities it brings to manufacturers across the board, I’m also deeply saddened by the notion that we could end up making, according to the US, more than half of our workforce redundant.

But is it really that clear-cut? In our defence as an industry, I posit that it is not. I’m wholeheartedly of the belief that IR4 brings a new kind of skills shortage, one that may actually increase the pressure on our education systems to attract and retain students of related disciplines such as engineering, product design and the like. Because someone’s got to design and build the robots… And I’m pretty much convinced that alongside that skills gap there will be a new one to address. Who’s going to oil the wheels (or bearings, pivots, sliding surfaces…) of all these new pieces of physical kit? Who’s going to assemble them, mount them, connect them, configure, train and test them? Who’s going to maintain their calibration, fix them when they (inevitably on a Friday afternoon in the busiest production cycle of the month) break, monitor the quality of their work, interpret the data they produce, or configure the interfaces between their control systems and others in the factory?

For me, this is the IR4 challenge we’re NOT talking about. In my opinion (and as I said in my previous article, do please feel free to challenge me on this!), we’re setting ourselves up for a grand fall if we concentrate solely on the obvious IR4 agenda. We could end up in a situation where on Friday afternoon we’re making half the workforce redundant, and on the Monday morning wondering where the clever person who can Fix the Bloody Robot is.

You know where that clever person is, or might be? They might well be working on your packing line, or in the warehouse. It’s that bright kid who didn’t really engage at school; but come the end of the shift they’re off to the workshop. They’re working on that car that everyone notices (and hears, probably) in the car park because it’s had so much love, attention and ‘tasteful modification’ lavished upon it (let’s be honest, EVERY factory car park has one of them, doesn’t it?). That desire to use his or her hands, that aptitude and willingness to learn new skills is easily missed when you just see a forklift truck driver, isn’t it?

We need to start thinking about this stuff right now, because if we wait until that Monday morning to think about it, it’s going to be too late. We need to be looking at that 51% of the workforce through new eyes. We need to be talking to them honestly about IR4 and what it means to them, as the workers at risk of losing out. Because at this very moment, that bright kid is telling their colleagues about the article they were reading online about how the car factories he or she is so fascinated by are going to be models for the rest of the industry when it comes to automation, robotics, data analytics, and the rest. They’re telling them about how few workers are needed to build a car body these days, and how, very soon, the factory they all work in is going to be the same. Who said those crisps aren’t going to pack themselves, eh? 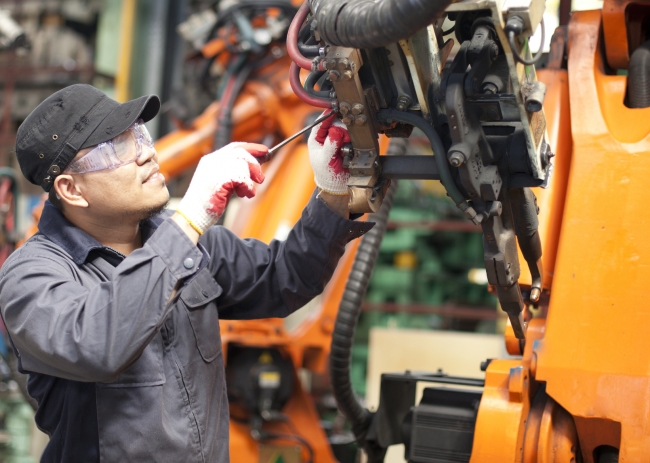 Manufacturers should be clear with their workforce about what IR4 really means, and start telling them the positive message; that with change comes not only threat, but opportunity / Picture: Getty/iStock

So let’s be clear with our workforce about what IR4 really means, and let’s start telling them the positive message; that with change comes not only threat, but opportunity. That there’s plenty of ways in which those under threat can turn their skills to new things. And while we’re about it, let’s make it clear to them that in fact, the threat they face might actually bring the prospect not of the dole queue; but of a new and probably much more lucrative career. A career as one of the vital people who’s going to be needed to manage the chain of robots and systems that will unite our industry globally.

Sure, they’re not going to get all this for nothing. They’re going to have to put the work in to learn about the new ways we’ll be doing things. But for those who want to do so, the rewards could be significant.

The people from that 51% who can make the transition to a new skillset are exactly the ones we want to keep anyway; so let’s give them the chance to stand up, stand out, and step forward. Let’s put in place the frameworks we need to support them, to guide and mentor them, and even, maybe, help them financially to gain the skills they need.

We all need to make sure this happens, because there’s good people out there already and we sure as anything don’t want to lose them to the ranks of the unemployed. And we definitely don’t want to be joining them in those ranks when our factory is shut down because That Bloody Robot Isn’t Working Again.