Robert Games, managing director of IP attorneys, Albright IP, calls for action from British engineering companies to increase their IP or risk face being squeezed out of their respective sectors.

The marketing strategist Michael E. Porter once said: “Companies have to be very schizophrenic. On one hand, they have to maintain continuity of strategy. But they also have to be good at continuously improving.”

While Porter was referring to the need to keep customer interest and demand high, IP protection plays an important role in this. However following a stagnation in British IP filing in recent years the UK has seen an increase in competitive filing from foreign countries such as China (a country incentivised to file UK patents).

The UK has a great background in innovation but it must keep innovating and securing its IP or face losing its competitive advantage. While UK businesses actually increased patent filings with the EPO (European Patent Office) in 2017, its overall share of patent applications remains very low and in the same time Asian businesses have significantly increased their European applications. 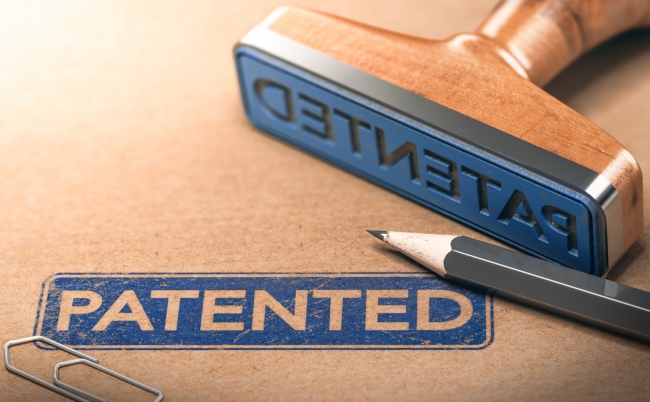 Robert Games from Albright IP is calling for action from British engineering companies to increase their IP or risk face being squeezed out of their respective sectors / Picture: Getty/iStock

A patent held by a company will last for 20 years, after that it can be copied and the product can be utilised by a competing business. It is only by continually making improvements to an innovation (and filing for a patent) that protection around a product or process can last indefinitely.

This type of product development helps you to keep your IP safe. As soon as a we slow down on our research and innovation, it’s only a question of time before UK businesses lose ground to foreign competitors. Once an original patent lapses, a competing foreign company could easily get a patent granted on an improvement and then you’re locked out of that patent.

If the UK does not uphold its level of innovation, it may start to leave gaps in its IP and as time progresses the UK might find it loses both its patent landscape and its competitive edge. The result: UK businesses will lose opportunities to cross license IP, lose the ability to claim much needed patent box and get squeezed out of the markets they helped to create.

So, what can we learn from China’s approach?

The last few years have seen China become one of the world’s leading innovators. In 2016 (according to the WIPO) China filed more patent applications than the US, Japan, the Republic of Korea and the EU combined! And there are certainly lessons to learn from China’s proactive approach to filing IP.

In the UK the investment for IP is front loaded, and with a first-to-file system it’s pretty simple – you may have a great idea but you face a considerable initial outlay to secure the IP.

China has tackled this issue by actively incentivising its businesses and start-ups to file across the world in other nations. China offers a grant to help fund the patent application, which is followed by a second bonus grant if they are successful. I believe the UK should follow this lead; if a business has genuine prospects of success, upfront funding to help gain IP across the world is surely beneficial to all involved.

By using IP competitively, we can maintain our home advantage while also gaining a foothold in new markets. Countries such as India are still relatively cheap to file in and securing patents in countries which are likely to see huge growth over the next ten to fifteen years could be very important for both production and sales.

Ultimately we need to think more carefully about where we are filing as a nation of innovators. We don’t want to lose hold of the innovation that has made Britain great and miss out on the opportunities to exploit emerging markets.

*Patent filling statistics 2008-2017 per country of the first named applicant.