Twelve months on from the introduction of the Apprenticeship Levy and unfortunately the figures don’t make for a positive reading experience. Mike Rigby from Barclays takes a look at the decline and challenges to get things back on track

There was an almost 60% drop in the number of people starting an apprenticeship in the three months immediately following its introduction in April 2017, according to year-on-year figures from the Department of Education.

That news was swiftly followed by a further 27% drop during August, September and October – even more worrying, as this is the time when the majority of apprenticeships traditionally commence.

According to provisional figures, the decline has continued in the months since. 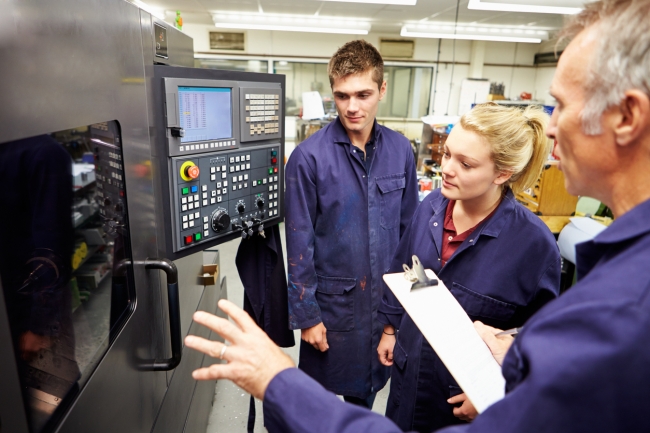 There is mounting evidence to suggest that the current Apprenticeship Levy simply isn’t working, even though the intention behind it is sound / Picture: Getty/iStock

More recently, a study published this month by centre-right think tank, Reform, suggests that many businesses have rebranded existing low-skilled job roles as ‘apprenticeships’ in order to gain subsidies for training.

The report states that, “As part of the government’s wider package of reforms to apprenticeships, groups of employers came together to write the new ‘apprenticeship standards’.

“Some used this opportunity to generate high-quality standards, but others appear to be simply rebadging low-quality, low-skill and often low-ways roles as ‘apprenticeships’ instead.”

Maybe we can take solace in the fact that the word ‘manufacturing’ only appears five times in the 45-page report, ‘engineering’ seven times, and ‘logistics’ but once (in a footnote source). Most examples cited came from the retail, hospitality and service sectors.

However, the widespread coverage this and other negative reports have received by the mainstream media alongside numerous headlines putting the words ‘low-skilled’ and ‘poor quality’ next to ‘apprenticeships’ will have done nothing to better persuade parents and teachers that they should be promoting them overall as a viable, rewarding career path.

The mounting evidence suggests that the current Apprenticeship Levy simply isn’t working, and that’s a real pity as the intention behind it is sound:

To enable British businesses to access the skilled and knowledgeable workforce they need to grow and take advantage of the great opportunities that lie before them, while simultaneously enabling people of all ages to undertake the vocational training necessary to secure well-paid jobs now and in the future.

The EEF has recently highlighted three key challenges businesses still face 12 months on, each of which chimes with the conversations I’ve had with business owners across the country:

• The amount employers can spend from the Levy is too low and bears little resemblance to the actual cost of training an apprentice
• Employers who don’t spend their Levy funds quick enough are being penalised
• The root and branch apprenticeship reform programme was rushed through, meaning that employers were paying the tax, but new standards weren’t in place and a responsive training market has yet to prevail

Other trade bodies, institutions and business groups have called for the government to scrap its somewhat arbitrary target of getting 3 million people in apprenticeships by 2020, for the reason that its focus on quantity has diverted their attention from the quality of these qualifications.

Now would be the ideal place to offer an alternative perspective, a case study of a business who has had a positive experience of the Apprenticeship Levy and is seeing genuine, tangible benefits as a result.

That I don’t have one to hand probably speaks volumes. However, I appreciate that I haven’t spoken to every business and I’m sure positive use cases are out there.