In January, MPs proposed that clothing brands and retailers should pay a penny on every garment they sell to fund a £35m annual recycling scheme. The fashion industry is worth £28bn to the UK economy, according to the British Fashion Council, but it is estimated to produce as many greenhouse gases as all the planes flying in the world, the think-tank Green Alliance claims. Lee Collinson from Barclays explains why it wants to put sustainability at the top of the manufacturing agenda again.

Clothing manufacturers are taking big steps to counter the industry’s environmental impact, though it does raise the question; why do other industries not seem to have sustainability front of mind?

The answer seems to be our current political situation. Frontline issues like sustainability that ranked in the “top five” pre-2016 have been subordinated to the fringes. Record-breaking temperatures in Britain and elsewhere have made the news but this is sporadic in relation to the importance of global warming. Through projects like Barclays’ involvement with the “Unreasonable Impact” initiative, that backs entrepreneurs who want to make a difference to employment and the environment, Barclays wants to put sustainability top of the manufacturing agenda again (see examples below).

Sustainability is a wide reaching problem, spanning many generations and sitting at the forefront of our society, so it really should be considered among items of the highest importance at board meetings. 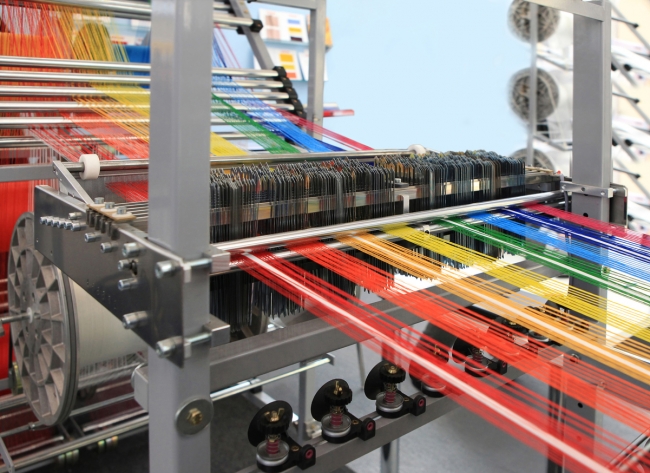 Sustainability: The “Unreasonable Impact” initiative backs entrepreneurs who want to make a difference to employment and the environment / Picture: Getty/iStock

I recently met Professor Steve Evans, leader of the Centre for Industrial Sustainability at the University of Cambridge’s Institute for Manufacturing (IfM). Steve helped found the centre (CIS), which publishes over 50 papers and theses a year, and has guided many PhDs and post-docs in industrial sustainability. We asked him what has changed in the field of sustainability recently. His answer, like the curate’s egg, was good and bad.

Staying with clothing, the CIS centre has a long association with research in reducing the environmental impact of clothing manufacture and use. It was a partner with Marks & Spencer’s, whose “Plan A Shwopping” initiative is the leading clothes recycling programme that encourages people to return their used clothes in part-exchange for others’ clothes where both are in good condition.

Clothing sustainability has changed in the last five years from being the slowest moving sector to one of the fastest, Steve says. “The major brands today are typically somewhere between worried and very worried about their environmental impact, this has led some to take action. I see more experiments and work in the clothing sector than I see in automotive, food or furniture. The rate of companies trying to do a part of their business differently is rising,” he adds.

Through Unreasonable Impact our entrepreneur accelerator, we have worked with Elvis & Kresse, a company that makes luxury accessories from scrapped fire hoses and discarded leather. Co-founder Kresse Wesling says scrap leather is an 800,000 tonne a year problem.

The rate of change is faster in textiles because many big brands sub-contract their manufacturing and can tell their suppliers to stop using certain chemicals or to reduce water consumption. This mandate would be more difficult were the factories self-owned, says Evans

Looking at the wider picture globally, demand for CIS’s work – industrial sustainability research and consultancy – is doubling every two years and foreign demand is especially high. Steve travelled to China ten times in 2018, and visited Vietnam, Japan, New Zealand and other countries. But frustratingly, demand in the UK is low. “British companies, at the moment, have other things to worry about than sustainability,” he says. “Brexit and other local effects have been profound, while around the world interest around sustainable innovation is booming. We are not using our own expertise.”

What surprises Steve, an engineer, is the corporate neglect about the monetary value that is on offer. There is money in waste.

A recent article in The Guardian showed that for every pound one company spent on reducing food waste they made £7 back. Surely investors were queuing up for such returns – but no. It’s a familiar refrain for Steve. “Our research constantly asks why people don’t tackle the efficiency of using material, water, and energy with the same enthusiasm as they tackle labour and capital efficiency.” This resonates with me. In the business world, we will spend money on training people and in capital, but we will routinely leave the lights on, overheat our buildings and let valuable heat escape.

Most companies in my experience have a history of being commercially focussed on generating efficiencies and savings, and Steve’s view is that a lot of businesses see research as the best source of field work for driving these energy savings and carbon reduction methods. When, in fact, the academic world has a lot to offer those companies – for example; Steve spoke about his CIS work that can save factories 20% in energy usage. His “win-win” offer is that any payment is based on a percentage of what a company would actually save. Despite this, the client often declines.

“I believe that they think it’s not possible, but if it works, they’re concerned they will look bad in front of their peers,” he says. At Barclays, we see plenty of businesses that apply extensive field research to drive efficiencies and believe they have a full view of best practice – meanwhile we also know that some feel their company needs to redesign their approach to resource efficiency. 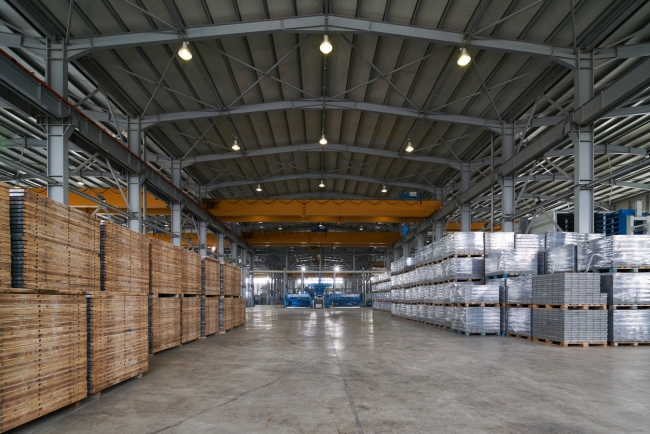 Barclays wants to support sustainable business and engage with companies that are serious about reducing their environmental impact / Picture: Getty/iStock

Do you think that your business has gains it could make in terms of resource efficiency?

While some companies are unsure about the importance of sustainability research to their business, we are seeing some exciting new developments on the topic of sustainable manufacturing.

The University of Cambridge and Hanson Cement have researched the benefits of using alternative fuels such as industrial waste for producing cement, one of the most energy intensive manufacturing methods in the world, and the thermal substitution rate (TSR) of using this fuel. Their work sought to establish a relationship between the TSR and CO2 emissions, to show that using this multi-mix fuel source actually reduced carbon emissions. As reported in the February issue of Global Cement magazine, the cement plant was able to optimise its CO2 emissions performance with existing plant sensor data and fuel chemis­try analyses, with zero new capital cost.

The finan­cial savings from increased performance could be substantial. Carbon prices are projected to reach EU40/t in the EU by 2030. For a plant producing 1Mt/yr of cement, the savings from optimising CO2/UHV – or Useful Heating Value) would be of the order of EU1.7m/yr.

“We have found ways of reducing the CO2 output of the world’s second biggest climate change industry by 20 per cent, for free,” says Steve with pride.

CIS is working with several large UK companies but the work tends to be on business model change, to re-evaluate their understanding of value and waste, and much of this is strategic work under NDAs. One effective approach CIS use in big companies, is to ask companies who they consider as their stakeholders. If companies see society and the planet as a stakeholder with a say, this drives more sustainable corporate behaviour. “A car manufacturer that sees the planet as a stakeholder will see that if weather patterns become more extreme their logistics operations will be affected,” he says.

Through Unreasonable Impact we have helped a great UK business, Econic, to progress. Its business model is to use low cost and plentiful CO2 as a raw material to manufacture polyols, a compound that is a building block for everyday plastics. It does this by developing catalyst technologies that significantly reduce the energy required for these reactions to occur, allowing CO2 to be turned into polymers. Consider the potential of taking wasteful, climate warming CO2 and assimilating it into plastic manufacture, where the UK produces 1.8 million tonnes of plastic material a year.

Barclays wants to be a major stakeholder in sustainable business and we want to engage with companies that are serious about reducing their environmental impact, where there is clearly so much work still to do.