The best of British manufacturing | March 2020

At the start of each new month, we summarise the very best of British manufacturing by showcasing the most popular content featured on our site throughout the previous month.

Despite challenges facing the sector, March included some milestone moments, positive signs of investment and uplifting responses to a global crisis.

• The acquisition of British Steel by Jingye Group was completed, kickstarting a £1.2bn investment
• JCB produced its 750,000th backhoe loader, then later in the month mobilised a plant to make special steel housings for a brand new ventilator design from Dyson
• Ibstock announced plans for a significant factory investment
• Spirit AeroSystems opened its new facility in Prestwick
• and, INEOS announced it would produce 1 million bottles of hand sanitiser per month at a new factory in Newton Aycliffe

Thanks as always for your support, let’s keep sharing the positivity – together we can beat this and UK manufacturing can bounce back.

Jingye Group, the Chinese steelmaker, completed the acquisition of British Steel’s UK and Netherlands assets from the official receiver. Jingye has pledged to invest £1.2bn in the company, with the aim of placing the business on a more competitive and sustainable footing. Jingye plans to return the company to industry comparable margins within five years. The completion also secured the future of approximately 3,200 jobs.
Read more 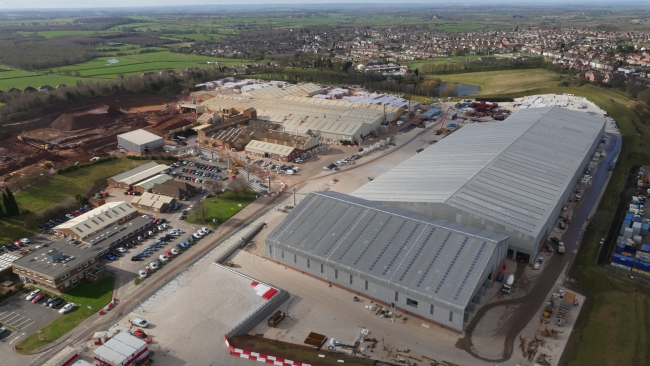 Ibstock plc – the Leicestershire-based manufacturer of clay bricks and concrete products – announced a significant factory investment, alongside revenue increases of 5%, reflecting growth across both its clay and concrete divisions. According to preliminary results released for the year ended 31 December 2019, revenues increased from £391m in 2018 to £409m in 2019. The company also confirmed it is investing £45m in re-developing and expanding its existing Atlas brick factory in Walsall, with the project to be commissioned in 2022.
Read more 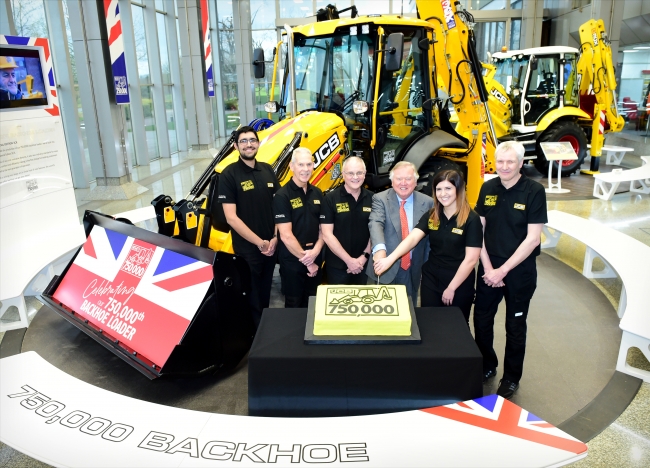 JCB celebrated another record-breaking milestone as its 750,000th backhoe loader rolls off the production line. The landmark machine was produced at the company’s factory in Rocester, Staffordshire – the very location where the first JCB backhoe was manufactured almost 70 years ago. It was in 1953 that company founder, the late Joseph Cyril Bamford CBE, conceived the idea of the JCB backhoe loader, which created, for the first time, a single machine which combined a front shovel and rear excavator arm. In its first full year of production in 1954, just 35 of the machines were produced and it took more than 20 years for the first 50,000 to be made. JCB now manufactures backhoe loaders in the UK, India, Brazil and the USA.
Read more 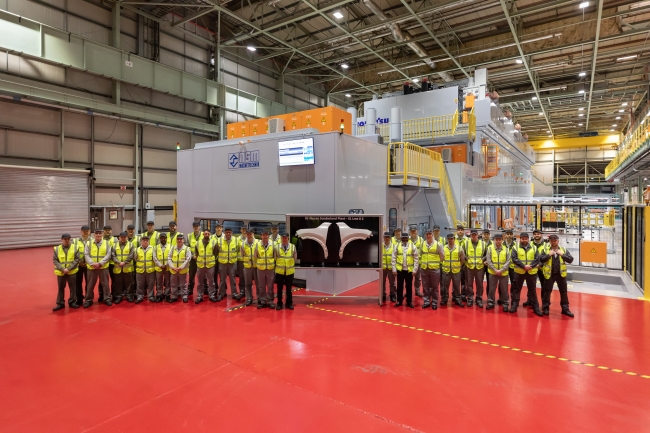 Nissan unveiled a new £52m XL press line at its Sunderland plant, as preparations ramped up for its new Qashqai model. The press, which weighs more than 2,000 tonnes and has taken 18 months to install, is part of a £400m investment by Nissan in readiness for the new Qashqai, which will be the third-generation of the pioneering crossover. The investment in the press, which is capable of stamping more than 6.1 million vehicle panels a year, includes a new recycling system to segregate and process scrap, and upgrades to the existing blanking line which will supply flat blanks (the sheets of metal that are ready to be pressed) to the XL press.
Read more 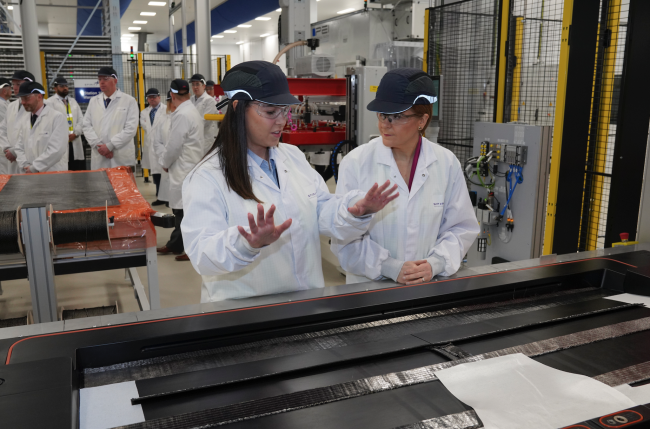 Spirit AeroSystems opened a new composite manufacturing facility at its site in Prestwick. The site will produce spoiler wing components for Airbus’ A320 aircraft. The £22m spoiler manufacturing project includes £2.1m of funding from Scottish Enterprise. The investment has allowed Spirit to establish a state-of-the-art manufacturing facility using the latest automation and robotics. With these innovative technologies, Spirit will achieve the required rate of approximately 700 aircraft and 7,000 spoilers annually, and create more than 100 new jobs in Scotland.
Read more

A new £17m three-storey building, with cutting-edge laboratories and a 3D lecture theatre, is at the heart of major plans to expand Lancaster University’s engineering facilities. The 2,700 square metre building will be equipped with an array of specialist cutting-edge equipment to support world-leading research – including a new distillation column for chemical engineering, laboratories for bioengineering and hydrogen energy technology, as well as an integrated advanced manufacturing environment. A new 3D lecture theatre will also allow for the development of new teaching concepts where lecturers can show students around complex virtual images in a 3D environment.
Read more 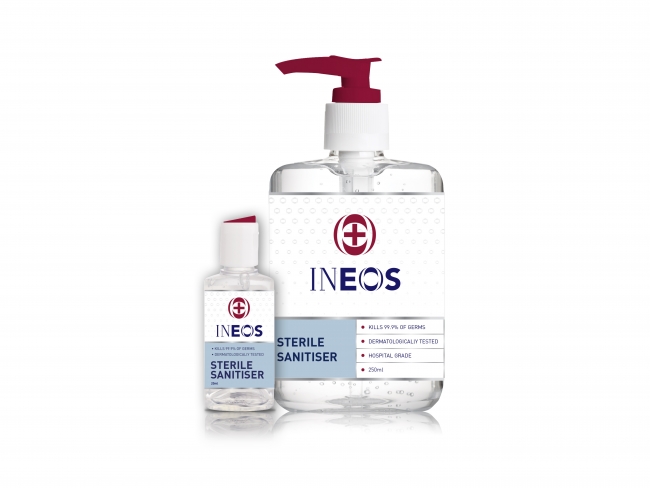 INEOS announced plans to build two new factories near Middlesbrough and in Germany within 10 days, aimed at producing 1 million bottles of hand sanitiser per month to help with the European shortage. One week later, the new plant at Newton Aycliffe commenced production, well within the ten-day time frame, and is running three shifts around the clock. INEOS is focusing on meeting the needs of front line medical and care services, as well as making “pocket bottle” hand sanitisers available for personal use. The German sister plant is also in production and plans are being drawn up for a third plant in France.
Read more

8. See Inside: The Ford engine factory in Dagenham 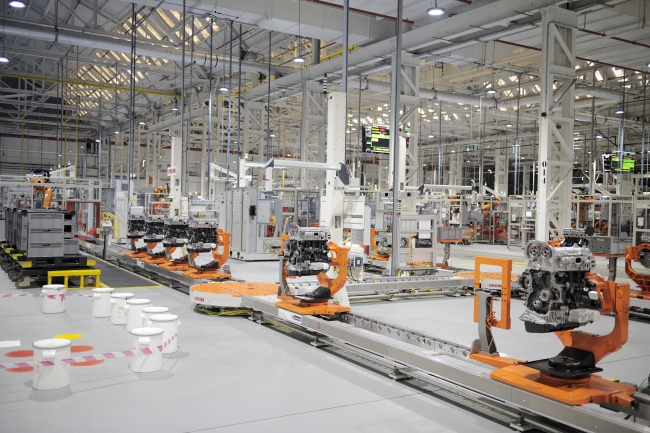 Last year marked 90 years since work started on constructing the Ford plant in Dagenham. We took a look inside, where a finished engine reaches the end of the line every 28 seconds, and explored some of the facts & figures behind the site – including sustainability projects, apprenticeships, STEM initiatives and gender equality.
Read more 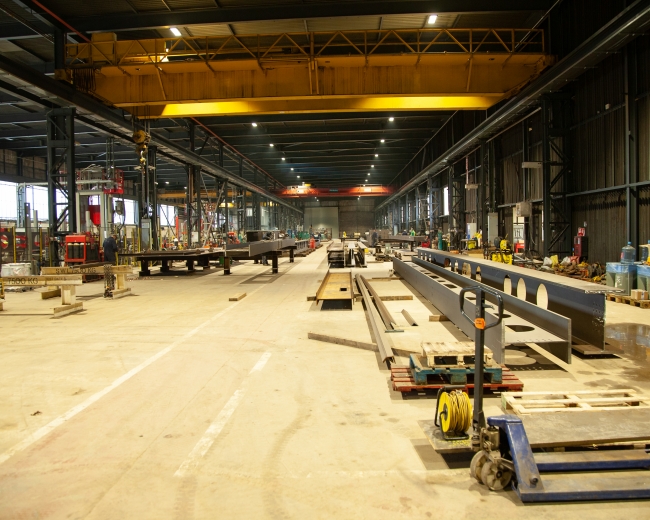 William Hare is creating more than 100 new jobs at its site in Risca, following an investment of over £10m. The steel fabrication company has made the investment during the past 12 months, which has involved the acquisition and development of the Risca site, with the Welsh Government providing £350,000 to support the company’s plans. The project included expanding the facilities, improving manufacturing capabilities, creating apprenticeships and using local suppliers. The creation of more than 100 new jobs will happen over the next two years. The recruitment will see the company’s workforce grow significantly at its Risca site, which currently has 23 employees.
Read more 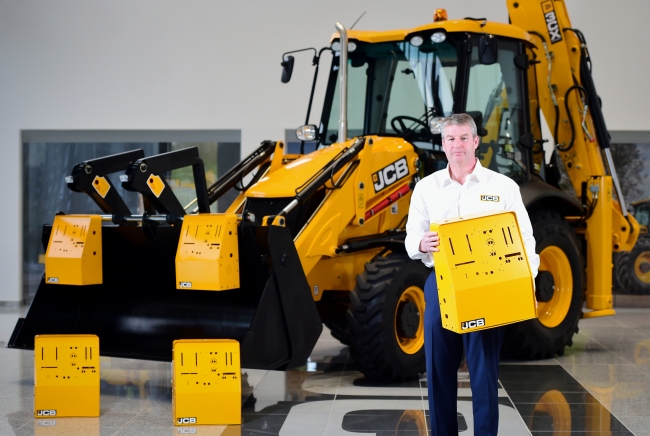 JCB announced plans to restart production at a factory which has been closed for nearly two weeks as a result of the Coronavirus crisis, in order to join the national effort to manufacture ventilators. But instead of making cabs for JCB diggers, the plant is being mobilised to make special steel housings for a brand new ventilator design from Dyson. A minimum of 10,000 of the JCB housings are earmarked for manufacture once Dyson receives regulatory approval for its design. The first prototypes of the housings have been delivered to Dyson after rolling off the production line at JCB’s Cab Systems factory in Uttoxeter, Staffordshire
Read more

Click the banner below to read more across our site: