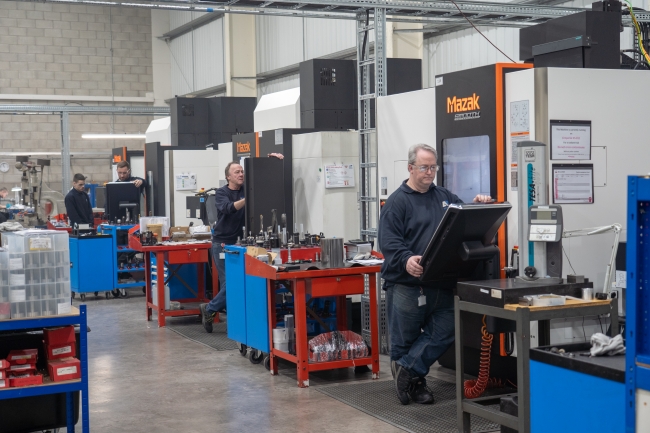 Award-winning manufacturer, AE Aerospace, has moved to a larger factory to accommodate the company’s rapid growth and keep pace with customer demand. The Birmingham-based company received the keys for its new 16,500 sq ft factory in September 2018 and had production at its new facility up and running by the start of December. AE Aerospace delivers a range of precision engineering solutions to customers including Rolls Royce, UTC / UTAS, Collins Aerospace, Goodrich, Siemens & Moog, with products being used on Airbus, Boeing and Bombardier aircraft. AE Aerospace has already committed to creating 20 additional jobs since its move, and by the end of the year the site will employ 70 people. With four times the capacity of its previous Dymoke Street premises, the new factory will accommodate an ambitious expansion programme, which has been supported by a £1.75 million funding package from Lloyds Bank.
Read more 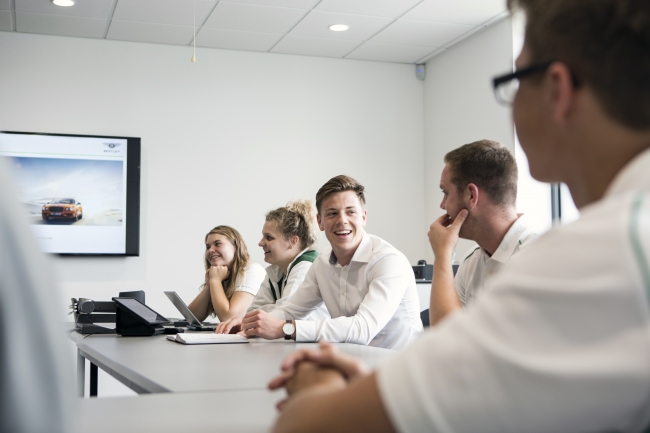 Bentley Motors has launched its 2019 apprentice recruitment campaign with 51 new positions to start in the autumn of 2019. Opportunities cover areas including digital, sales and marketing, human resources, finance, purchasing, as well as engineering and manufacturing. The structured digital career path will offer technical, academic and hands-on experiences to support the digital transformation of the company. Dr. Astrid Fontaine, Member of the Board for People, Digitalisation and IT at Bentley Motors, said: “The apprenticeship programme is existential to secure and develop the future talent at Bentley. In the rapidly changing world of automotive, mobility and services, we are proud to deepen the existing digital experiences that already exist as part of the programme, by launching pure digital apprenticeship positions. It is vital as we transform our business that we look to the next generation of experts and cultivate an agile mind-set, focused on creative solutions and innovations. This will support the future-proof of the Bentley business and engage the luxury customer of tomorrow.”
Read more

3. See Inside: The ZF production facility in Peterlee 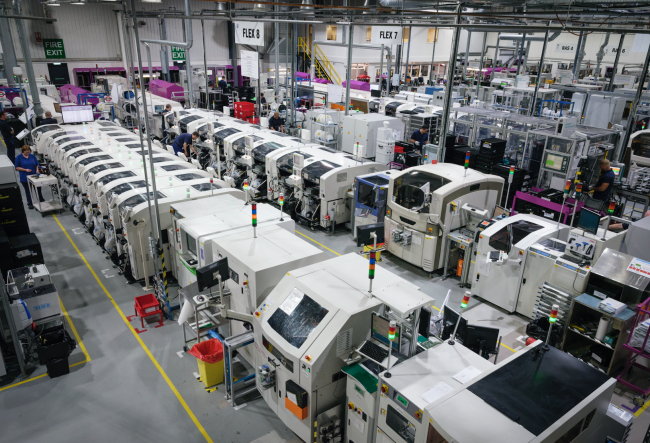 First opened in 1996, ZF’s Peterlee facility has grown to be one of the largest employers in the North East region. Despite highly automated production, the workforce has increased steadily from 450 in 2011 and is expected to reach 1,000 by end of 2019. In the latest instalment of ‘See Inside’, we take a look around and explore some of the key facts & figures behind the site.
Read more 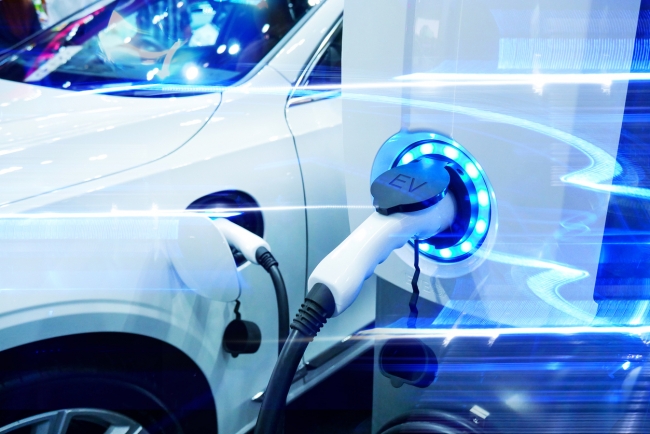 The Advanced Propulsion Centre (APC) is helping to lower the barriers for SMEs to contribute to decarbonising the automotive sector and anchoring the supply chain in the UK. Since 2013, the APC has provided financial and mentoring support to 87 SMEs including £86m through its Core Competitions and its Technology Developer Accelerator Programme. 60 SMEs have received vital support from the APC as part of their involvement in a collaborative R&D Project. SMEs have benefited from working collaboratively with large organisations, developing relationships with vehicle manufacturers and Tier 1 partners. Hyperdrive, the Sunderland-based battery technology firm, has progressed from working in a porta cabin in 2012 to moving to a 700sqm facility in 2014, now capable of producing 20,000 batteries packs per annum. Its work with Nissan as part of the APC-sponsored High Energy Density Battery project, awarded in 2015, has helped to accelerate the organisation’s growth and increase its capability. Not all SMEs are ready to enter a collaborative partnership with large organisations – nine SMEs have recently completed the 18-month Technology Developer Accelerator Programme (TDAP) and have secured combined additional funding of £3.4m. This has enabled each organisation to grow, with the headcount increasing by an average of 27%. TDAP is designed to provide technology developers with early-stage technologies access to mentoring and expertise to solidify their business plans.
Read more 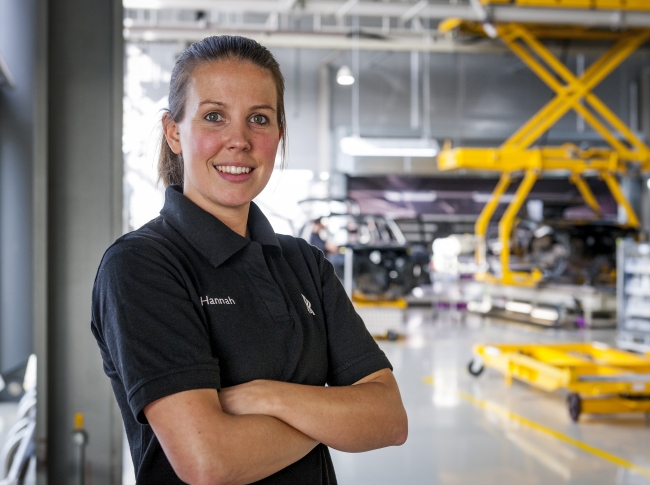 Rolls-Royce Motor Cars has announced that a record number of places are available for the company’s 2019 Apprenticeship Programme. Since the programme was launched in 2006, numbers have progressively increased, with 2019 offering a record 31 candidates the opportunity to join the team at Rolls-Royce in Goodwood, West Sussex. The programme includes, for the first time, Sir Ralph Robins Degree Apprenticeships. Sir Ralph Robins is a Non Executive Director of Rolls-Royce Motor Cars and has had an exceptional career in engineering and industry. The Rolls-Royce Motor Cars Apprenticeship Programme provides the opportunity to learn and develop skills at the home of the world’s leading luxury manufacturer. The apprenticeships last for up to four years and include college and university courses that are nationally recognised, alongside on-the-job training at Rolls-Royce Motor Cars. Those applicants who stand out during the selection process will join in August 2019, working alongside specialised craftspeople in leather, wood, paint, engineering and assembly roles. Following a successful apprenticeship period, there is an opportunity to develop within the company, with a number of previous apprentices now taking up leadership roles.
Read more

Looking for ways to help girls discover the amazing things they could achieve in #STEM? Head to our website for lesson plans 📝 videos of trailblazing #WomenInSTEM 👩🏾‍💻👩🏿‍🔬👩‍🏫and #TheHolidayMakers hub packed with ideas to inspire curious kids https://t.co/cY51YwL13i #WomenInScience https://t.co/gxWueNBv3L

Meet Sam Foley, one of our Technical Support apprentices. 👨‍🔧

A new research & innovation centre aimed at supporting #Manufacturers across the #EastMidlands is to open today in the iHub at Infinity Park, #Derby. Nuclear AMRC Midlands is an expansion of the @NuclearAMRC, part of the UK’s @HVM_Catapult. #GBmfg #UKmfg https://t.co/CwFoIvhig1 pic.twitter.com/TymRPl1eft

2. This is why I’ve written 500 biographies of female scientists on Wikipedia / via @Independent

British physicist, Dr Jess Wade, has spent the last year trying to improve the representation of women scientists and engineers on the online encyclopedia. From bias in peer review and unfair allocation of grant funding, to sexual harassment and a gender pay gap, the scientific community certainly has a lot of work to do.
Read more

24 years since it began claiming sole rights to the colour purple (Pantone 2685C), Cadbury has lost an appeal that would have protected its 1995 trademark. For the first time in over two decades, Cadbury has to use unregistered rights to stop rival brands – including budget retailers – from using the same purple tone.
Read more

1. A 4:30am start and timed toilet breaks: are you ready for micro-scheduling? / via @guardian

It’s easy to feel swamped by work and succumb to stress, so some people have decided the answer lies in scheduling their day, minute by minute. How does anyone stick to such a finely detailed plan? And does it make work – and life – any easier?
Read more

2. Finland gave people $640 a month, no strings attached. Here’s the results: / via @HuffPostUK

Tuomas Muraja’s life took an unexpected turn at the end of 2016. He received a letter telling him that he would be getting a monthly sum of €560 ($640) from the Finnish government, no strings attached, for two years. Finland’s universal basic income test, which cost the government about $22.7 million, was designed and administered by the country’s social insurance agency, Kela. The experiment aimed to help the country assess how to respond to the changing nature of work and ― given its 8% unemployment rate at the time ― how to get people back into the labor market. Now the world’s most prominent trial of universal basic income has ended – and the first results are in.
Read more