A large amount of machining is required to produce the pneumatic cylinders, valve assemblies and other automation equipment manufactured by Univer at its Bradford factory. Many components are awkwardly shaped and difficult to secure for metalcutting, so the company relies on Chick workholding equipment from 1st Machine Tool Accessories to ensure rigid clamping as well as quick set-up times.

Around 70 per cent of standard Univer products and all of the special systems involve machining as well as kitting and assembly. The automation equipment is supplied to distributors or directly to manufacturers of specialised machinery for the automotive, gas, packaging, brewery, computer and other industries.

On-site machining sets the company apart from its competitors and was an early differentiator, the factory having been built back in 1988. Recent expansion has seen the addition of R&D facilities for special projects. 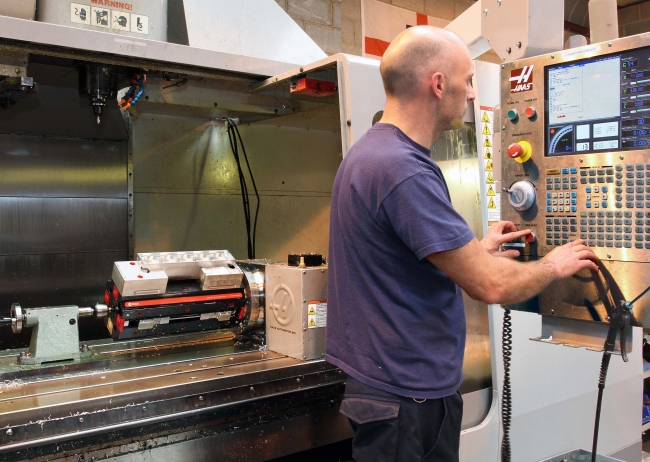 Brian Hodgson, Production Manager, explained, “We have come to rely on Chick products to underpin our workholding requirements throughout the factory.

“We read an article on Chick Multi-Lok tombstone-type workholding and subsequently saw it demonstrated on 1st MTA’s stand at a MACH show in Birmingham.

“At that time we were introducing a new pump component machined from 316 stainless steel and it was taking us three and a half hours to set up all four faces of our existing tombstone.

“The Chick replacement, called a Multi-Lok, is four to five times quicker to set. Changeover takes typically three-quarters of an hour, so our machining centres are more productive and unit manufacturing costs are lower.”

He advised that components are held more securely in the Chick Multi-Lok than in conventional fixtures, resulting in better-milled finishes, especially when machining stainless steel, including Duplex. In one instance, 1.6 Ra is achieved on a gasket surface by milling alone, avoiding the expense of subsequent grinding. Absence of vibration also prolongs tool life, leading to further savings. 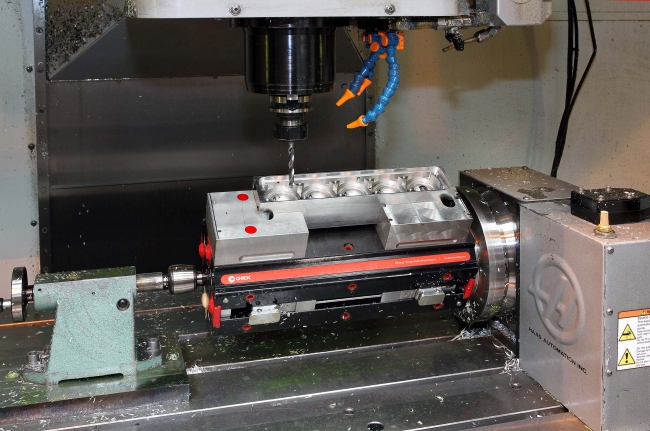 The set-up time of 3 and a half hours on a conventional tombstone was reduced to 45 minutes on a Chick Multi-Lok / Picture: 1st MTA

Currently, there are three Chick Multi-Loks in use at the Bradford factory. Two are mounted vertically on rotary tables on the pallets of a 2APC

On each face of a Multi-Lok, there is either a single-station or a dual-station jaw set that uses Chick’s QwikChange snap on/snap off interface. Round and diamond location when mounting onto a Chick foundation plate gives a high degree of clamping repeatability and consistency of machining from one batch to the next. If components are small enough for dual station jaws to be used, more productive options are available, such as accessing extra faces in a single production cycle and minimising the number of tool changes for machining a given number of parts.

Ideally, for maximum productivity and extended periods of unattended machining, components are set up on all four faces of a Multi-Lok. However, there are occasions when Univer uses only two opposing faces, such as if components are longer than the tombstone width and overhang the sides.

Another reason for loading only two faces is if stainless steel is being cut and the machine tool does not have laser tool breakage detection. Halving the number of components limits the potential for material wastage should cutter failure go undetected. All four faces are normally used if solid or extruded aluminium or brass is being machined, as cutter life is longer and any material wastage less expensive.

Machinable aluminium QwikChange jaws are used across the three Multi-Loks and also eight Chick Qwik-Lok workholding arrangements on the shop floor at Univer. Such jaws allow parts of irregular shape to be held more securely and heavier cuts to be taken compared with if hard jaws are used. 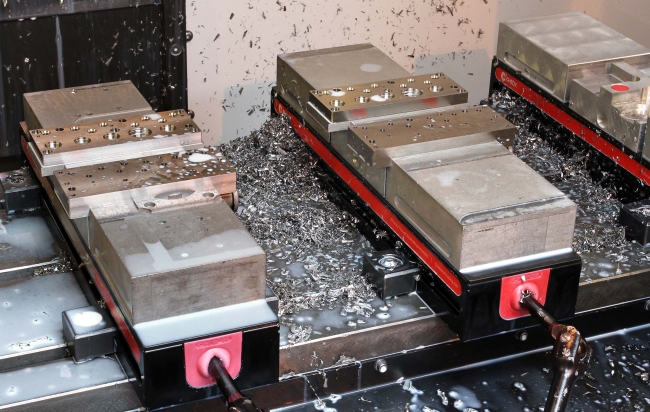 Many components are awkwardly shaped and difficult to secure for metalcutting, so the company relies on Chick workholding equipment / Picture: 1st MTA

Mr Hodgson added, “The soft jaw option is financially viable for quantities of, say, over 500-off per month.

“If a batch falls below 10-off, we generally hold components in hard jaws. It depends on how frequently we have to repeat the manufacture of the part.

“We are prepared to accept longer and perhaps more frequent set-ups in hard jaws if the overall cost is less than producing dedicated aluminium jaws.”

The Chick Qwik-Loks at Bradford have the same quick-change snap-on/snap-off jaws as are used on each face of a Multi-Lok, allowing considerable flexibility across the different fixturing platforms.

With dual station jaw sets, turning a single handle causes two moveable jaws to be squeezed from either end against a common fixed jaw at the centre, cancelling the opposing forces and providing a reliable reference point. Profiling in the Chick jaws creates a pull-down action when they close for added clamping security. Sometimes, two or more Qwik-Loks are ganged on a machining centre table to allow large components to be clamped.